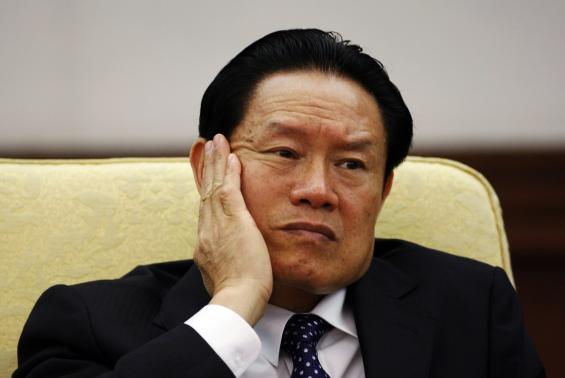 With the fate of disgraced former security chief Zhou Yongkang still unknown, there is some speculation that he could face the death penalty. A recent article in People’s Daily linked Zhou to traitors from the past, all of whom had been executed, possibly paving the way for his own execution. The South China Morning Post reports:

An article released through People’s Daily’s WeChat account last night said Zhou’s deeds made him “no different from a ‘traitor'”, a reference that prompted speculation that the former member of the innermost Politburo Standing Committee could face the death penalty.

“The word ‘traitor’ is rarely used in peacetime, but … corrupt elements who betray the party’s purpose, violate discipline and tarnish the party’s image … are no different from ‘traitors’,” the article read.

Political commentator Johnny Lau Yui-siu said the article might underscore the extent of the damage Zhou has done to the party. [Source]

An article in The Economist sees Xi Jinping’s targeting of Zhou as part of a power struggle at the highest echelons of power, and asks, “how such a thoroughly bad egg came so close to the pinnacle of political power in China”:

The big winner in all this is the party’s leader since that congress, China’s president, Xi Jinping. It confirms Mr Xi’s status as the strongest Chinese leader at least since Deng. He has shown where power really lies: with him; and no longer with the sort of collective leadership seen under his predecessor, Hu Jintao. In that arrangement, Mr Zhou, a man now depicted as a power-hungry villain, became nearly as influential as Mr Hu himself, in part because of his grip on the security services and legal system.

Putting Mr Zhou on trial may also help boost Mr Xi’s considerable popularity, by appearing to prove the sincerity of his campaign to cleanse China of corruption, both by high-ranking “tigers” as well as the lowly “flies” buzzing around the dung heap of China’s public ethics. It lends credence to Mr Xi’s recent emphasis on the importance of the law, suggesting that no one is above it.

But the party itself is above the law. The ritual of political humiliation follows a rigid protocol: first, the internal party investigation; second, expulsion from the party. Only then—at the party’s behest—are legal charges framed. In the case of Mr Zhou, the Chinese press has tried to present his fall from grace as purely about the party purging itself of corruption, rather than some internal power struggle. “The party and corruption are like water and fire,” sobbed its mouthpiece, the People’s Daily, surprising those who think they are more like dry tinder and matches. [Source]