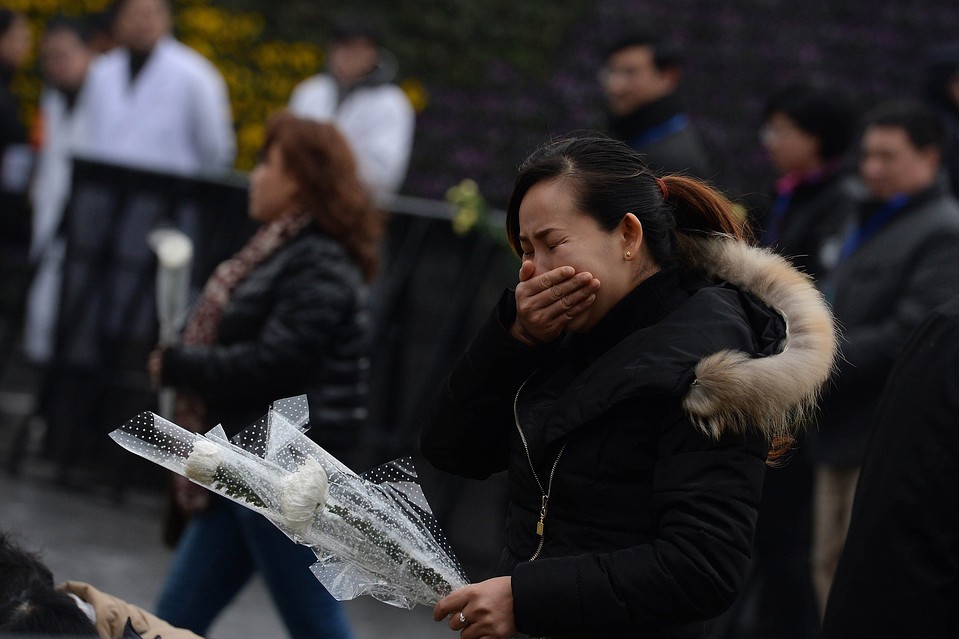 After the New Year’s Eve stampede at Shanghai’s Bund left 36 people dead, propaganda authorities exercised strict control over the media reports on the tragedy, and victims’ family members complained of harsh treatment by the government. At the Wall Street Journal, Andrew Brown details authorities’ containment of public mourning following the deadly stampede, and explains how the official reaction reveals insecurities amid the Xi administration:

A moment of national tragedy has illustrated one of the great paradoxes of President Xi Jinping ’s administration: Outwardly, it looks supremely confident, yet just below the surface lurks deep insecurity about popular discontent. Emotion is threatening to the regime.

[…] President Xi’s reaction to news of the disaster was to order an immediate investigation, Xinhua News Agency reported. And while he instructed local authorities to “go all out” to rescue and treat the injured, there was no message of comfort or sympathy.

Instead, the heavy-handed management of the emotional aftermath betrayed a government on edge.

The immediate concern was that grief might morph into public anger at the missteps of local officials that may have contributed to the deaths. Police were poorly prepared for the vast crowds that descended on the Bund, even though events such as a midnight countdown and extravagant laser show had been scaled back amid safety concerns. […] [Source]

Also see an earlier report from the Washington Post’s William Wan noting public concern about Shanghai officials’ conduct leading up to and following the stampede, and speculation that Xi Jinping could use this as an opportunity to clear out political rivals in the city. Read more about Xi’s ongoing anti-corruption drive, image-crafting campaign, and ongoing crackdowns on ethnic dissent, online speech, and social activism, via CDT.