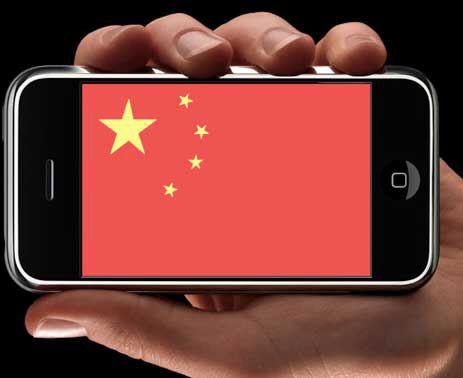 Reuters Sue-Lin Wong reports on a new policy in Xinjiang requiring those wishing to purchase personal computers and cell phones to register personal details, and enhancing surveillance in electronics stores. This is the latest move by authorities to tighten restrictions in the western region in response to an upswing in violence in recent years.

[…] The regulations apply to both new and second-hand equipment. Retailers will be required to upload purchasers’ details to a public security database administered by police and to install surveillance cameras in their stores.

Owners and operators of electronics stores will also be required to place warning signs in prominent locations telling people not to spread audio and video content about violence and terrorism, the report said.

[…] It did not say when the measures took effect [Source]

State media puts this into the context of authorities’ ongoing crackdown on terrorism in the region. From China.org.cn:

In June last year, the State Internet Information Office released a TV program about online terrorist promotions by the East Turkestan Islamic Movement, saying it had produced and spread 109 terror-related recordings in 2013.

Such files have been a feature of almost every terrorist attack, the program said, including attacks in Urumqi, Xinjiang’s capital, on April 30 and May 22 last year that resulted in the deaths of 42 people.

Last July, 32 people were sent to prison for between four years and life for spreading terrorist-related audios and videos and organizing terrorist groups.

They were found guilty of using cellphones and the Internet to store, download and spread terrorist content, and using such materials to lead and organize terrorist activities. [Source]

The report also notes a real-name registration policy recently placed on fireworks in Xinjiang enacted to prevent potential attackers from easily obtaining raw materials that could be used to make explosives. While authorities blame recent acts of violence in Xinjiang on Islamic extremism incited from abroad, rights groups point to increasingly harsh policies and rights abuses in the region as the primary cause.