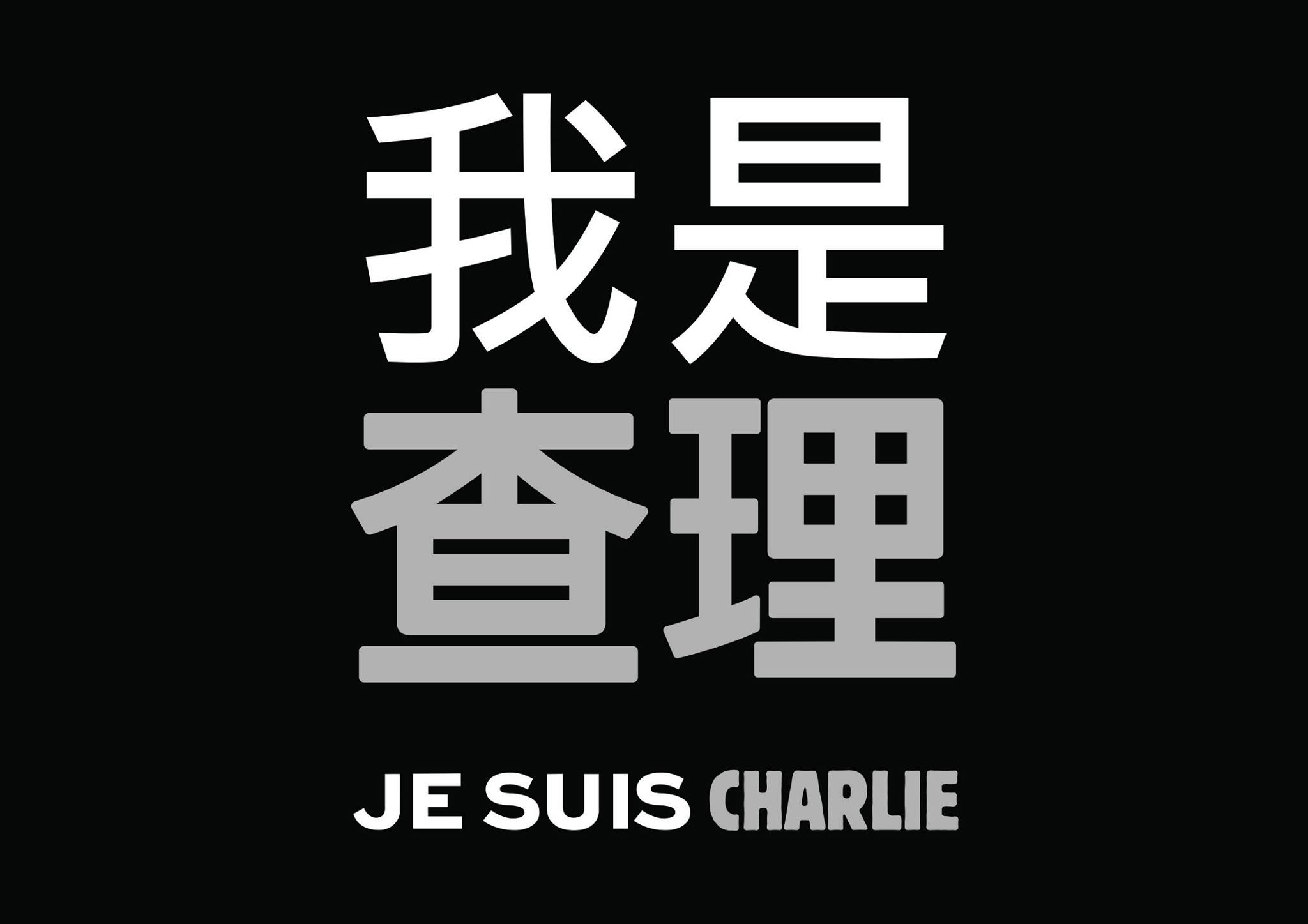 Chinese cartoonists and netizens have responded quickly to the slaying of cartoonists and editors at the French satirical newspaper Charlie Hebdo yesterday. Masked gunmen entered the offices of the journal and fired automatic weapons at staff in an editorial meeting, killing at least 12 people, including editor-in-chief Stéphane Charbonnier (pen name Charb) and cartoonists Bernard Verlhac (Tignous), Georges Wolinski, and Jean Cabut (Cabu).

The number one topic on Weibo for the past 24 hours is “French Magazine Attacked” (#法国杂志社遇袭#). Cartoonists in China have responded on Weibo as well. It is a rare moment for humorists who contend daily with censors. On Twitter, Chinese artists living abroad have also shown their support for Charlie Hebdo and freedom of speech. Some artists play on works of literature and art from France’s July Revolution of 1830, while others incorporate caricatures of terrorists. (None of the three suspects have any confirmed ties to terrorist organizations, and at least two are French nationals.) 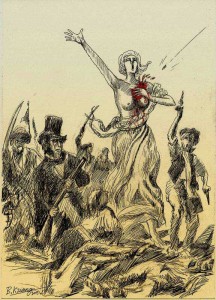 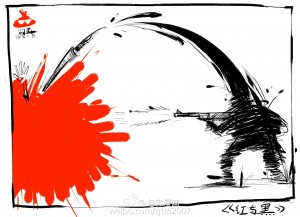 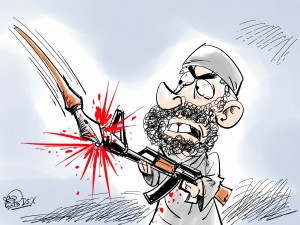 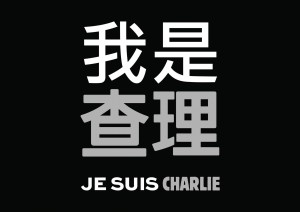 A vigil for the slain journalists will be held in Taipei on Friday evening. This logo from the vigil’s Facebook page has been circulating on Weibo. People around the world have tweeted and posted “je suis Charlie” (I am Charlie) in French and their native languages. The characters at the top (我是查理 wo shi Chali) do the same. (“Nous sommes Charlie” – Taipei 我們都是查理) 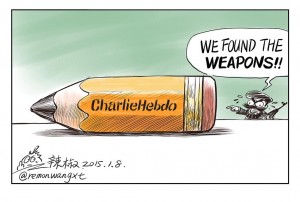 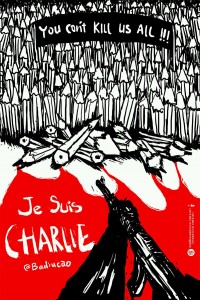