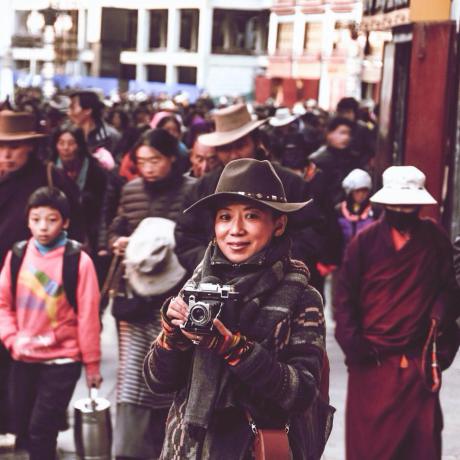 “We stood up for this because different voices — even if they’re sometimes offensive — can make the world a better and more interesting place,” he wrote. “[W]e never let one country or group of people dictate what people can share across the world. …This is what we all need to reject — a group of extremists trying to silence the voices and opinions of everyone else around the world. I won’t let that happen on Facebook. I’m committed to building a service where you can speak freely without fear of violence.”

But did Zuckerberg forget something? About two weeks ago, Facebook censored a video I posted about a self-immolating Tibetan in China, and around the same time the Facebook account of exiled Chinese writer Liao Yiwu was suspended for posting photos of a Chinese artist streaking in Stockholm to protest China’s imprisonment of the Nobel Peace Prize winner Liu Xiaobo. Thanks to media reports of these two incidents of Facebook censorship, Zuckerberg can’t really paint himself as a hero who would die to defend freedom of expression. [Source]

Similar skepticism arose after the “mistaken” deletion of a Facebook status on the Charlie Hebdo cartoons by a Pakistani actor. From Alex Hern at The Guardian:

“Freedom of expression includes criticism, disagreement or even rejection of faiths or ideology … but should not and must not allow ‘insult’,” Abbasi had written. “Would it be ‘freedom of expression’ if I brand black people as niggers or if I say Hitler was a messiah? Would I not be branded a racist or anti-semitic?”

[…] Zuckerberg’s strong response to the Hebdo attack has thrown Facebook’s attitude to free speech into the public eye again. The social network is among the least permissive online, and is famous for removing content, including pictures of breastfeeding mothers, that it decides is in violation of its community standards.

[… Pando Daily’s Nathaniel Mott commented] “It would be one thing for Zuckerberg to express support for those most affected by the Charlie Hebdo killings. No one should be killed for their beliefs. But it’s another thing entirely to use this tragedy to white-wash Facebook’s murky relationship with numerous governments and pretend it’s not the least free social service available.” [Source]

At a Q&A session in Bogota this week, Zuckerberg defended some of this “murkiness.” From The Wall Street Journal’s Reed Albergotti:

When a state – say, Russia — asks Facebook to block the Internet, the company faces a “tricky calculus,” he said. What’s the benefit of denying a censorship request? Zuckerberg said he “can’t think of any examples” where a company like Facebook has taken a stand on free speech and gotten a country to change its laws as a result.

Getting blocked would only take Facebook away for everybody else. What good would that do? “Our responsibility” is to keep Facebook operational at all costs, he said.

Zuckerberg said Facebook doesn’t do this for business reasons. “If we got blocked in a few more countries, that probably wouldn’t affect our business a lot,” he said. “This is really about our mission and our philosophy.” [Source]