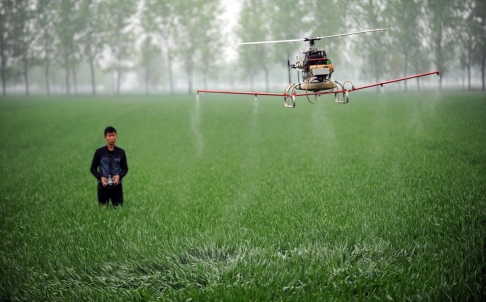 DPA International reports that approximately half of all Chinese food plants inspected in 2014 has failed to meet health and safety standards, exacerbating the current crisis in consumer confidence in China’s food industry.

Nearly half of Chinese food plants failed to meet legal standards in 2014 due to problems including incorrect labelling, falsified expiry dates, and poor food hygiene, a news report said Thursday.

The main causes of failure in lab tests of food products from Chinese plants included the presence of substances such as pesticides, antibiotics, heavy metals, bacteria and viruses, the South China Morning Post quoted Hong Kong-based firm AsiaInspection as saying.

Major reasons for inspection failures included the deliberate mislabelling of product ingredients and the falsifying of ingredients’ expiry dates, the newspaper reported.

Of the 7,000 Chinese food plants audited, 48.1 per cent failed inspections from AsiaInspection, a group hired by suppliers’ customers to assess factory conditions. [Source]

In a recent study of pesticide use in China, Greenpeace found that a third of vegetables produced in the province of Guangzhou has pesticide levels that greatly exceed national safety standards. Li Jing at South China Morning Post reports:

Pesticide levels that exceeded national safety limits were found in a third of vegetable samples taken from Guangzhou markets in a new study by the environmental group Greenpeace.

One sample of cowpeas, at a market in Tianhe district, was found to have levels of the insecticide omethoate that were 64 times the national standard.

[…] Greenpeace said individual farmers tended to use pesticides more intensively and mixed different pesticides “purely out of experience or based on introductions by pesticide dealers”. Beijing and Shanghai relied more on “production bases”, where technical staff would calculate the amount of pesticides used.

Pesticide use in Guangzhou increased by almost 12 per cent every year between 2007 and 2011, the report said. Beijing registered an annual rise of a little over 1 per cent and Shanghai saw an annual drop of nearly 6 per cent during the same period. [Source]

Read more about food safety in China, via CDT.