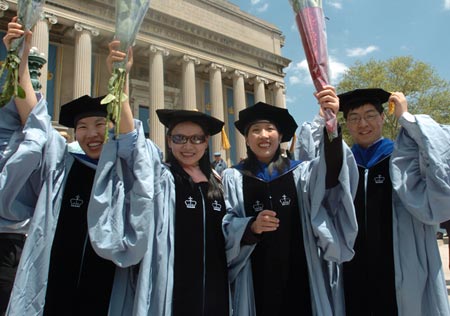 In 2012, China became the world’s largest source of overseas students, and the number of Chinese students pursuing their higher education abroad continues to grow. In recent years, there has been much commentary on the mutual struggles experienced by Chinese students and their host universities, and the profits reaped by both universities and private agencies from the Chinese desire (and financial ability) to pursue a foreign degree. At Inside Higher Ed, Elizabeth Redden looks at a new paper by UC Irvine Sociology Ph.D candidate Henry Chiu Hail examining the political implications of Chinese students experiences at overseas institutions where prevailing views of China are often less than favorable:

“Prior research suggests that if host country members were more interested in talking to international students, then more positive experiences and friendships between host country students and international students would take place,” Hail writes. “While this is undoubtedly true in many cases, anecdotal experiences of many sojourning students from China suggest that it is often precisely the host students’ interest in China’s political and social matters that leads to negative interactions between Chinese and host country students.”

“Some Chinese students complain that host country students want to talk with them about China but exhibit misinformed, prejudiced and offensive views of Chinese current events. Conflicting views of China’s political and social situation can sometimes lead to intense hostility between Chinese and host country students.” Hail specifically cites the period leading up to the 2008 Beijing Olympics, when Chinese students on many U.S. campuses protested perceived anti-China biases in characterizations of the dispute over Tibetan sovereignty and the riots that spring in Lhasa.

[…] In an interview, Hail emphasizes that a lot of the defensiveness on the part of the Chinese students he interviewed was situational in nature, with many feeling that they needed to counteract perceived anti-China biases in the American media. “The fact is that not only do Americans mostly see negative images of China, not only do they often see China as a threat, but furthermore a lot of Chinese see the United States as jealous of China’s rising power. They see the United States as trying to limit China’s ascendance,” says Hail.