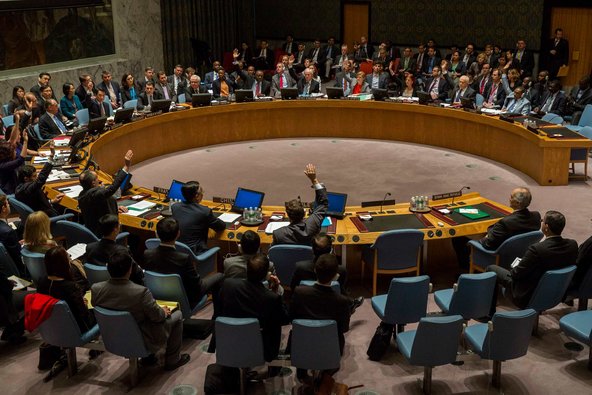 […] China has restricted the scope of advocacy groups domestically. It has also been accused of sending groups to the United Nations to promote China’s interests under the guise of acting as nongovernmental organizations. Its proposal came just before China assumed the rotating monthlong presidency of the 15-member United Nations Security Council.

[…] China “has pushed hard in recent years for anti-civil society measures in every negotiation on high-level meetings of the General Assembly,” [the International Service for Human Rights’ Michelle Evans] said in an email. Along with other countries, it has been able to do this by invoking a measure called the “no-objection procedure,” which allows individual member states to bar the participation of nongovernmental organizations at meetings. [Source]