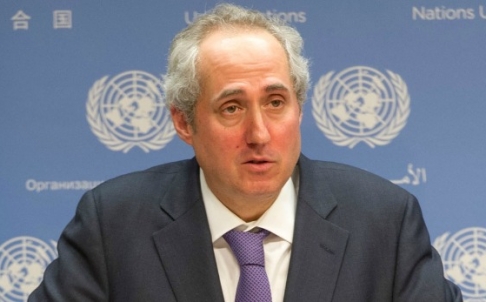 The AFP reports the failure of a Chinese attempt to cloak its criticisms of NGOs at the United Nations:

China had proposed for the United Nations to refrain from naming countries that criticise non-governmental organisations during meetings of a committee that decides which groups will be accredited to the UN.

The information blackout would have allowed China and other countries distrustful of NGOs to air their opposition without being singled out in any UN public report.

[…] Hundreds of NGOs accredited to the UN are allowed to present recommendations on the many issues tackled by the world body, from development to peacekeeping in all 193 countries. A UN diplomat said China had shocked delegations when it proposed to restrict information on the committee’s decisions. [Source]

China has resisted civil society input at the U.N. in the past, while also scrutinizing NGOs at home. In 2013, activist Cao Shunli was arrested after campaigning for public involvement in a U.N. human rights review of China. After Cao died last March following denial of medical treatment while in custody, Chinese U.N. delegates interrupted a moment of silence in her honor on the basis that “NGO speakers in the Human Rights Council were not allowed to be silent.” That same week, a member of the Beijing-based China Association for Preservation and Development of Tibetan Culture was removed from a U.N. Human Rights Council meeting for reportedly attempting to intimidate Ti-Anna Wang, daughter of imprisoned democracy activist Wang Bingzhang.