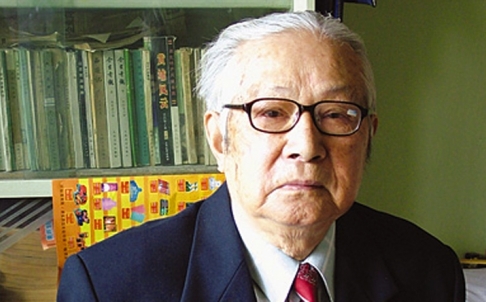 Former Communist Party propaganda chief Deng Liqun has died at the age of 99. Deng was a conservative Marxist who opposed Deng Xiaoing’s reform and opening policy and played a key role in the anti-liberal campaigns of the 1980s. He also supported efforts to oust reformist leaders Hu Yaobang and Zhao Ziyang. AP reports:

Born in Hunan province, Deng attended middle school in Beijing and later enrolled at Peking University. He joined the Communist Party of China in 1936, and worked extensively in the ethnic region of Xinjiang, where he was the local propaganda chief, after Beijing took control of the region.

He took over several national leadership positions after 1975, including the party’s propaganda chief. [Source]

Cary Huang at the South China Morning Post has more on Deng’s career and political aspirations:

Throughout his career he worked under several senior party leaders, some of whom became very powerful in the post-Mao Zedong era. He was the personal secretary of former president Liu Shaoqi , and also worked under Chen Yun, the arch-rival of Deng Xiaoping, as well as former president Li Xiannian and Wang Zhen, former vice-president.

In his book, Deng Xiaoping and the Transformation of China, Harvard University Professor Ezra Vogel described Deng Liqun as one of several key political players in the Deng Xiaoping era.

“Deng Liqun was influential because he was fearless in expressing his views, knowledgeable about theory, and was supported by Chen Yun and Wang Zhen, whose opinions he often voiced,” Vogel wrote.

Vogel described him as someone prepared “to accept job loss, a prison sentence, or even heavy physical labour to do what he regarded as correct”, and “well-organised and skilled at strategic manoeuvring”.

He was among many conservative party elders who were initially supportive of Deng Xiaoping’s reform policy after Mao Zedong’s death, helping to draft many policy documents. But he was soon publicly identified as a leading opponent of the liberalisation push. [Source]

Global Times quotes the official death announcement from the Communist Party of China, which said Deng was, “an excellent Party member, a time-tested and loyal communist soldier, a proletarian revolutionist, an outstanding leader in the Party’s ideological and theoretical publicity work, and a Marxist theorist.”