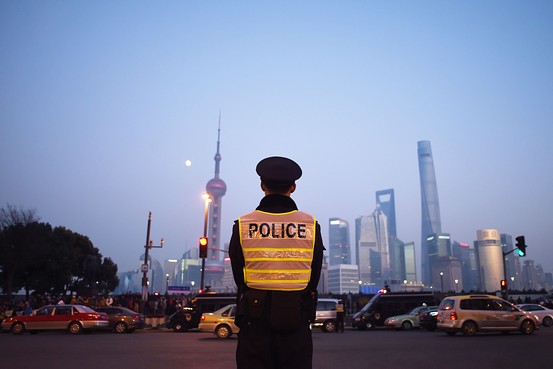 Under the reform plan, police will have to film all criminal interrogations to prevent extortion and torture. This was to improve fairness in enforcing the law, Xinhua reported. A system would also be set up to hold police officers accountable for the cases they handled.

[…] Beijing-based lawyer Si Weijiang said whether the reform would work depended on its implementation, as lawyers were rarely given full access to such recordings even if available.

[…] Another Beijing-based lawyer, Li Fangping, called for supervision and for a proper authorisation process to be put in place as citizens’ privacy was a concern.

“If any police officer could access the database without authorisation, and if there was no supervision, there could be concerns of such information being misused,” Li said. [Source]

“There’ s nothing in here about supervision. Without that, it doesn’t matter,” he said.

Legal reform advocates have put hope in the threat of lifetime liability for wrongful prosecutions as a way to eliminate problematic police habits, in particular a reliance on forced confessions. The idea, implemented on a local level by central China’s Henan province and several cities, was included October’s legal reform blueprint. In a widely publicized case, judicial authorities in Inner Mongolia recently reversed an 18-year-old death penalty conviction and detained the police officer responsible for the original investigation.

Mr. Liu said a lifetime liability system, if implemented, would likely help, but he noted that police already face criminal liability for negligence in major cases.

“Cases involving common crimes are relatively to fix, but any case that involves the government or touches on issues of repression – that’s much harder,” he said. [Source]

Currently, the take home pay of China’s nearly two million police officers varies considerably according to rank, division and location but there is little doubt that many lower ranking officers are very poorly paid. Many of the police officers sent to contain or intervene in strikes and other worker protests, for example, probably earn little more than the workers themselves.

[…] Low pay and lack of resources are two of the main reasons why police in China so often resort to shakedowns in traffic stops, raids on brothels etc. in order to make extra money. These illegal acts in turn further tarnish the already blemished reputation of the police force. [Source]

The moves continue a broader campaign of justice system reform announced at last year’s rule of law-themed Fourth Plenum, but a recent speech by Xi Jinping made clear that the law will remain a knife and not a shield.