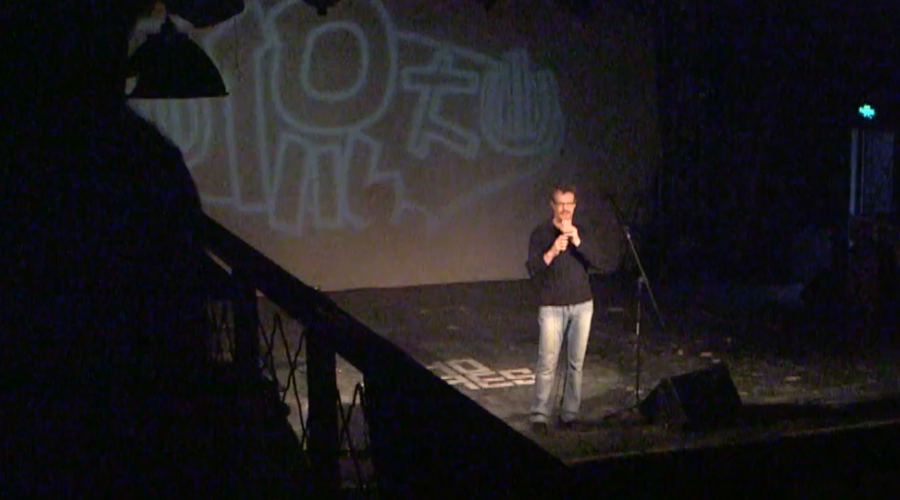 My performances are entirely based on the fact that I’m a recognized commodity. People come to the shows to see Dashan, but also to see something a bit different. To be honest, I’m not really interested in performing to audiences that don’t know Dashan. There are more than enough people who do know me and what I’ve done over the years, and that’s great fodder for me to work with. Having audiences that know the back story makes it easier for me to play with expectations and hopefully break out a bit from the East-West cultural dialogue that never seems to change very much. So being Dashan is a huge benefit that I try to exploit as much as possible.

[…] In terms of content, I found universities to be almost completely open. I never had my presentation vetted in advance, and my 60-minute talk was always followed by an open question-and-answer session. Even questions about June 4 or Occupy Central did come up a few times, and I tried to answer those in a way that was honest but also understanding of the limits of what would be considered “appropriate.” I’ve always taken a middle ground, because it’s the only way to ensure that your voice is heard at all. I can go into these university settings and speak freely because I have built up the reputation of “Dashan” over the years that people feel they can trust. Since November we have heard that universities are cracking down on “Western influences,” but I haven’t experienced that myself directly, at least yet. We’ll see what that’s like when I get back on the road in April. [Source]