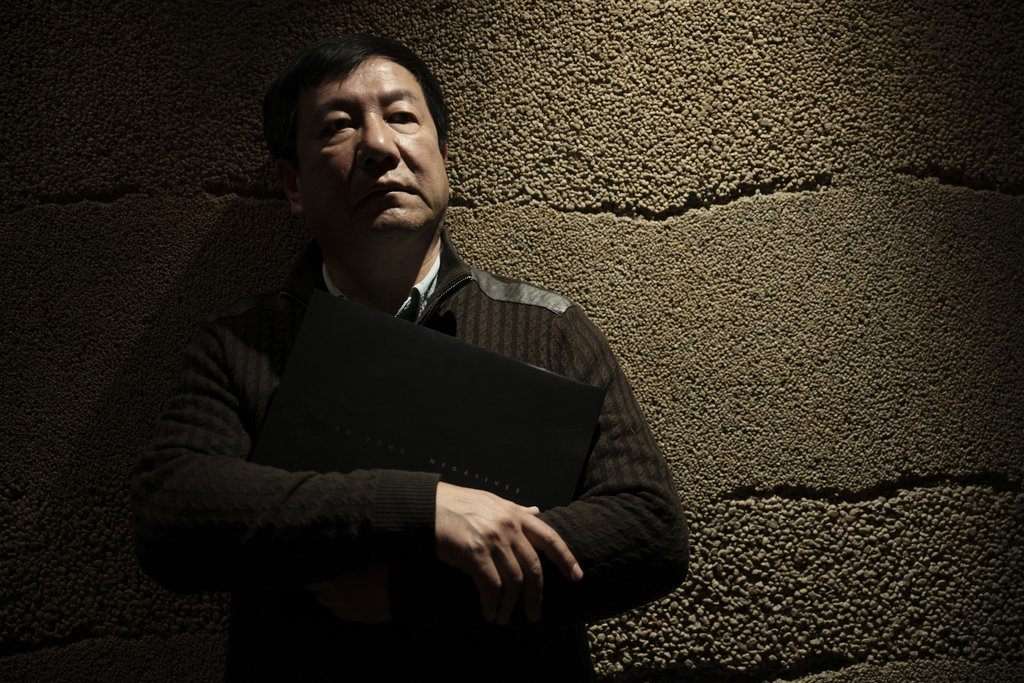 Photographer Xu Yong has published a book of images taken during the protest movement of 1989, but chose to include only the negatives and not the processed photographs. Viewers with an iPhone or iPad are able to see the images in their original form by looking at them through their device’s camera and then selecting “invert colors” under “accessibility” in Settings. Andrew Jacobs reports for the New York Times:

“This is an art book,” said Mr. Xu, 60, who has more than 20 photography books to his name. “I have no interest in discussing what they mean.”

But the simple act of publishing images of the protests that convulsed Beijing in the spring of 1989 is likely to be viewed as a provocation by the hard-liners who currently rule China. In the ensuing years they have tried, with much success, to impose a collective amnesia on the nation by censoring photos and news accounts that are part of the historical record in the rest of the world.

At a time when the government is seeking to silence its perceived ideological foes, it is easy to view Mr. Xu’s latest book, “Negatives,” as a brave, if somewhat foolhardy, venture. After all, scores of people, including several of Mr. Xu’s friends in the art world here, have been detained in recent months, some for simply sharing online photographs of the pro-democracy protests that roiled Hong Kong late last year.

[…] “Xu is under no illusions about the risks, but this is his choice,” said Renee Chiang, a founder of New Century Press, the Hong Kong publisher that this month began shipping copies of “Negatives” to bookstores outside mainland China. [Source]

The New York Times article also includes a slideshow. An earlier project by Xu looks at the hutongs of Beijing. For more about the New Century Press, which is publishing the book, see an earlier McClatchy profile of co-founder Bao Pu and his father, Bao Tong (via CDT).