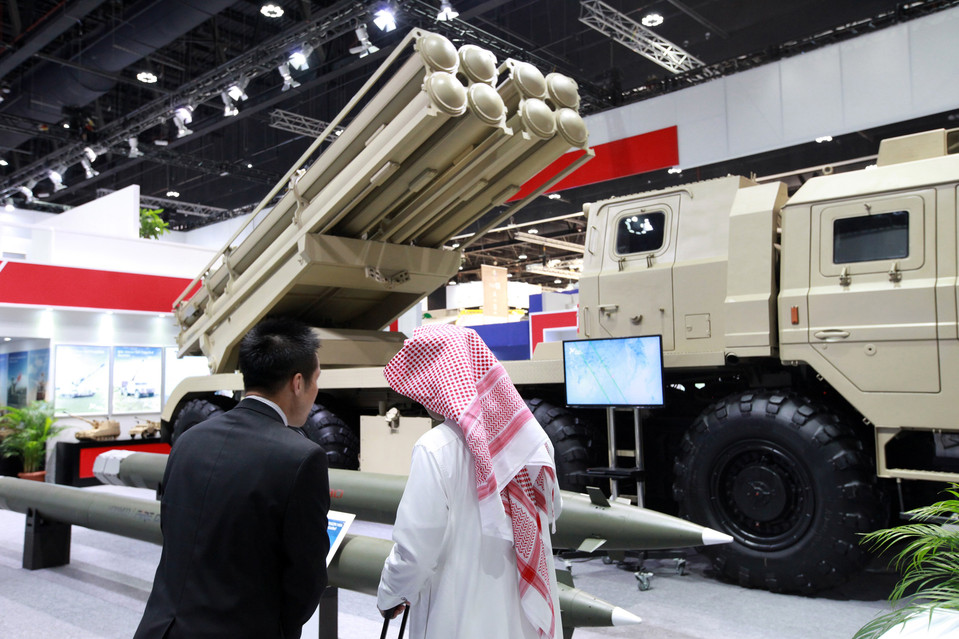 At The Wall Street Journal, Robert Wall and Doug Cameron report that China has surpassed Germany as the world’s third largest exporter of arms after the US and Russia:

China represents just 5% of a global export market valued at more than $300 billion a year. That’s far behind the 31% secured by the U.S. and 27% by Russia in the 2010-2014 period. Still, China’s share has more than doubled over the past decade.

“The equipment you get nowadays from China is much better than 10-15 years ago,” said Siemon Wezeman, a senior researcher at the institute. Customers who used to buy Western or Russian equipment can now turn to China and often secure weapons of similar quality at far lower costs, he said. [Source]

China is trying to boost sales of more advanced equipment as it modernizes its own military, Austin Ramzy at The New York Times reports:

“Most countries don’t prefer Chinese weapon systems, but China is basically a supplier of last resort,” said Richard Bitzinger, a senior fellow at the S. Rajaratnam School of International Studies in Singapore. “It sells reasonably good equipment to countries that don’t have a lot of money but want something.”

[…] “For the most part, Chinese weapons don’t have a major impact on military capability,” Mr. Bitzinger said. “They can close some deals that are good for them, good for their industry, but it’s still hard to find Chinese weapon systems that you could argue are significant game changers when it comes to regional balances of power.”

China’s efforts to sell complex military platforms have run into obstacles in recent years. Turkey’s plan to buy a $3 billion air-defense missile package from China has stalled over concerns from the United States and Europe. Likewise, analysts say the J-31, China’s stealth fighter jet, may not find widespread interest among foreign buyers because of concerns over its stealthiness, heavy maintenance demands and low-quality engines. [Source]