“The Cup’s Drop Will Be the Signal” 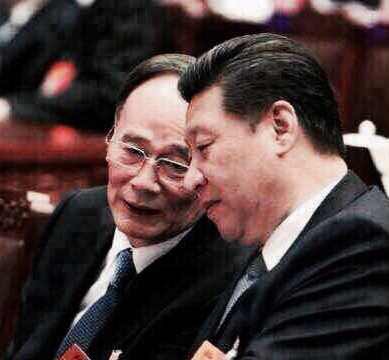 With Party leaders gathered in the Great Hall of the People for the annual meeting of the National People’s Congress, a picture of CCP General Secretary Xi Jinping speaking covertly with corruption czar Wang Qishan has been circulating on Chinese social media. Netizens have annotated the photo with speculation as to what the two high leaders could be discussing amid Xi’s wide-reaching crackdown on Party corruption and a generally tumultuous political environment: 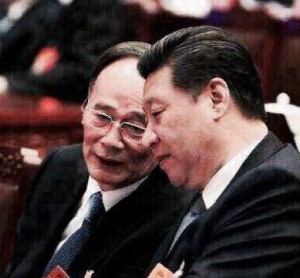 “Have they arrived yet?”

“They sure have guts. Keep an eye on them, make sure they don’t try to flee.”

“Nothing to worry about, even the tea waitresses have been replaced with our guys. When do we strike?”

“The dropping of my cup will be the signal.”

“The dropping of the cup is the signal” (摔杯为号) is an idiom used to indicate that things aren’t what they appear to be. It originates from the historical anecdote the “Feast at Hong Gate,” when a banquet was set up to lure a political rival to his assassination during the Chu-Han Contention in 206 BC. While the historical assassination attempt was foiled, the phrase lives on to refer to political conspiracies disguised as amiable gatherings.