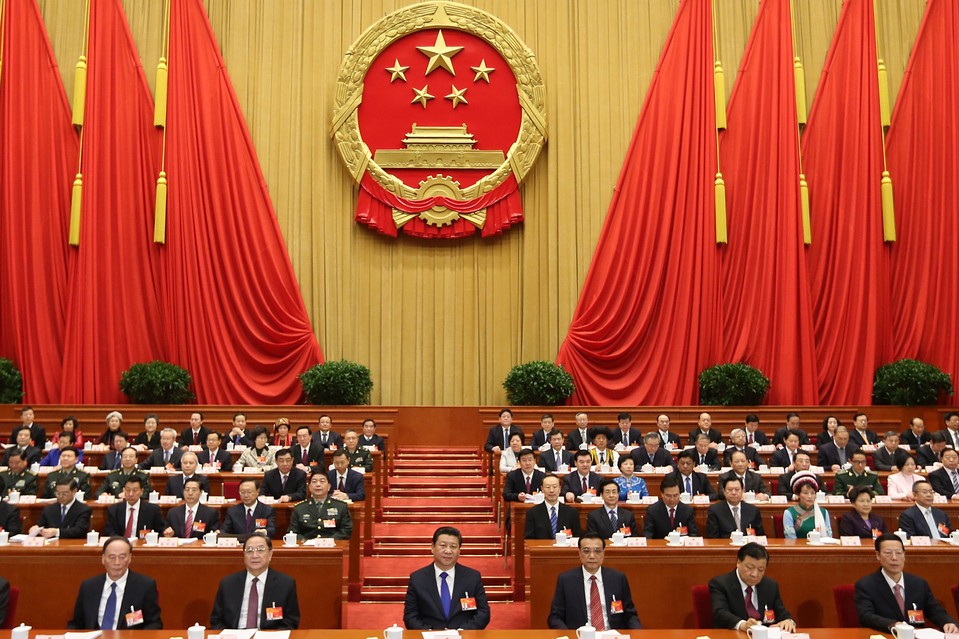 At The Wall Street Journal, noted China scholar David Shambaugh writes that “the endgame of Chinese communist rule has now begun, I believe, and it has progressed further than many think.” He points to “five telling indications of the regime’s vulnerability”: an apparent lack of confidence among the country’s wealthy; intensified political repression, betraying insecurity among the leadership itself; a sense that “even many regime loyalists are just going through the motions”; corruption too pervasive and deep-rooted for Xi’s ongoing crackdown to fully address; and an economy “stuck in a series of systemic traps from which there is no easy exit.”

Despite appearances, China’s political system is badly broken, and nobody knows it better than the Communist Party itself. China’s strongman leader, Xi Jinping , is hoping that a crackdown on dissent and corruption will shore up the party’s rule. He is determined to avoid becoming the Mikhail Gorbachev of China, presiding over the party’s collapse. But instead of being the antithesis of Mr. Gorbachev, Mr. Xi may well wind up having the same effect. His despotism is severely stressing China’s system and society—and bringing it closer to a breaking point.

[…] Communist rule in China is unlikely to end quietly. A single event is unlikely to trigger a peaceful implosion of the regime. Its demise is likely to be protracted, messy and violent. I wouldn’t rule out the possibility that Mr. Xi will be deposed in a power struggle or coup d’état. With his aggressive anticorruption campaign—a focus of this week’s National People’s Congress—he is overplaying a weak hand and deeply aggravating key party, state, military and commercial constituencies. [Source]

Fear of Soviet-style collapse has been cited as a key driver of China’s current campaign against “Western values.” Doom-laden prophecies for China’s current regime are hardly unusual, but given the source, this one stands out: reactions on Twitter have ranged from “blimey” and “huh” to “strewth” and “wow”.

Shambaugh's (my old prof) piece is a complete bomb drop on the China field. http://t.co/35WwcjD7b1 I don't totally agree but take seriously

David Shambaugh, the most cautious of scholars, goes the 'full monty' on the demise of the CCP. A powerful piece: http://t.co/MaWuzdWUVq

David Shambaugh is a well-established China scholar, and it is really remarkable for him to write something like this. I'm actually stunned.

Shambaugh, to my knowledge, is not part of your usual "throw eggs at the CCP" crowd, quite the contrary.

My sense is that Shambaugh must be channeling some very deep anti-Xi animus within the Party itself.

@prchovanec if it was anyone else writing one would dismiss it out of hand. It's so unusually definitive (and, dare I say, intemperate)

Ministry of foreign affairs regret recently naming David shambaugh as one of most influential us scholars on china?

The Coming Chinese Crack-Up – David Shambaugh WSJ oped. I think he is wrong but anything is possible here http://t.co/DVdQusO6JI

support from many quarters 4 what Xi is doing should not be underestimated. "Crackup" may be lower probability now that it was in 2011-2012

Shambaugh's PLA chops make me take him seriously here. No one has satisfactorily answered critical ?s abt leader in the PLA-Xi relationship.

But important as weathervane of China discourse. You are no longer alone @GordonGChang 🙂 http://t.co/bhZpJTDkMS

Didn't CASS just rate Shambaugh as most influential China scholar in the US? Lots of memos being written in Beijing think tanks today.