Phrase of the Week: Use the Internet Scientifically 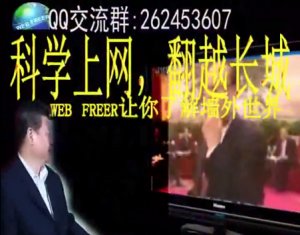 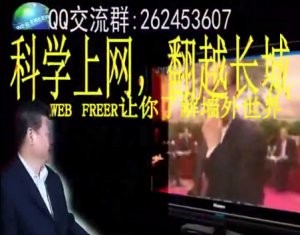 “Use the Internet scientifically, scale the Great Firewall.” (Source: YouTube)

To navigate around the Great Firewall and reach the free Internet. Parodies former president Hu Jintao’s “scientific outlook on development,” a slogan meant to embody Marxist ideology as well as material development. Netizens talk about “using the Internet scientifically” in order to discuss circumvention techniques while on Chinese platforms, such as Weibo.

A Google Chrome app called Use the Internet Scientifically was launched on March 21, 2015.

Example of “use the Internet scientifically”:

BenbenbendeBenny (@笨笨笨的Benny): Oh no! No wonder I’m trapped behind the wall! A whole bunch of tools to use the Internet scientifically have almost all stopped working. Can’t they let a guy live? I just want to check Google+… (March 25, 2015)