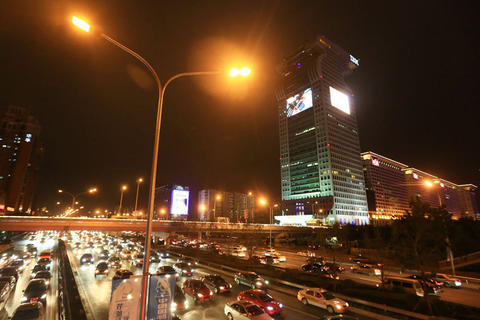 […]Mainland media earlier reported that Guo allegedly plotted the fall of former Beijing vice-mayor Liu Zhihua after Liu refused to help him recover the development rights to the Pangu Plaza project next to the “Bird’s Nest” National Stadium in Beijing. The reports also said that Ma or his aide had a role in a 2006 sex-tape scandal that brought down Liu.

But Guo denied the plot, saying Ma had only helped put him in touch with the nation’s top anti-graft agency, the Central Commission for Discipline Inspection, so that Guo could report Liu’s wrongdoings, after all the other departments he had approached rejected him.

He said he met Liu – through the arrangement of “one of the top leaders from the Communist Party’s Central Committee” – to ask the Beijing vice-mayor to reclaim the rights to his Pangu Plaza project, but that Liu refused to do so. He declined to reveal further details on the matter. [Source]

At Caixin, Cui Xiankang, Yu Ning, and Liu Ran provide a detailed account of the events that culminated in Liu Zhihua’s downfall:

In 2002, Morgan Investment and Zenith bought two plots of land in northern Beijing. The parcel bought by Morgan Investment was near the Olympic park planned for the 2008 Games – about 500 meters from the iconic National Stadium, also known as the Bird’s Nest.

[…]In October 2005, the capital’s land bureau revoked Morgan Investment’s rights to the Olympic park plot, saying the company failed to pay for the property in full. Morgan Investment sued the bureau in January 2006, but lost. All of its licenses regarding the development of the plot were revoked.

Sources close to Morgan Investment said the company lobbied officials for help in the matter. Guo went to the then vice mayor of Beijing, Liu Zhihua, who was in charge of land use and Olympic projects development, to get the changes reversed. However, Liu refused to help.

Following the allegations, Guo Wengui accused Caixin chief editor Hu Shuli of having an improper relationship with Li You, the detained former head of Founder Group. In response, Caixin will be taking legal action against Guo for defaming Hu Shuli, Global Times reports:

Caixin, a Chinese media group that provides financial and business news via various periodicals and its website, said on Monday that it has reported businessman Guo Wengui, who it says defamed the media group and its founding editor Hu Shuli, to the police and is taking legal action against Guo for “spreading rumors.”

[…] The report triggered an angry backlash from Guo, who issued a statement alleging that editor Hu has used her personal relationship with Li You to illegally secure a profitable stake in the Founder Group.

The statement, which was posted Sunday on Guo’s company Pangu Plaza’s official Weibo, has been taken down by Monday. [Source]

China Media Project has translated a deleted weibo post about Guo from the Chinese edition of the South China Morning Post:

The South China Morning Post today interviewed Guo Wengui, who is currently in the United States, and asked when he will return home [to China]. He responded: :”[This is] for sure! This is my country. Why wouldn’t I return? First of all, I haven’t broken the law; secondly, I haven’t committee any crime. so why wouldn’t I go back?” He also voiced his respect for former deputy head of public security Ma Jian, who is currently under investigation: “If it weren’t for him, I would[n’t] be where I am today.” [Source]

[Editor’s note: This post has been edited to clarify the accusations made by Guo Wengui against Hu Shuli.]