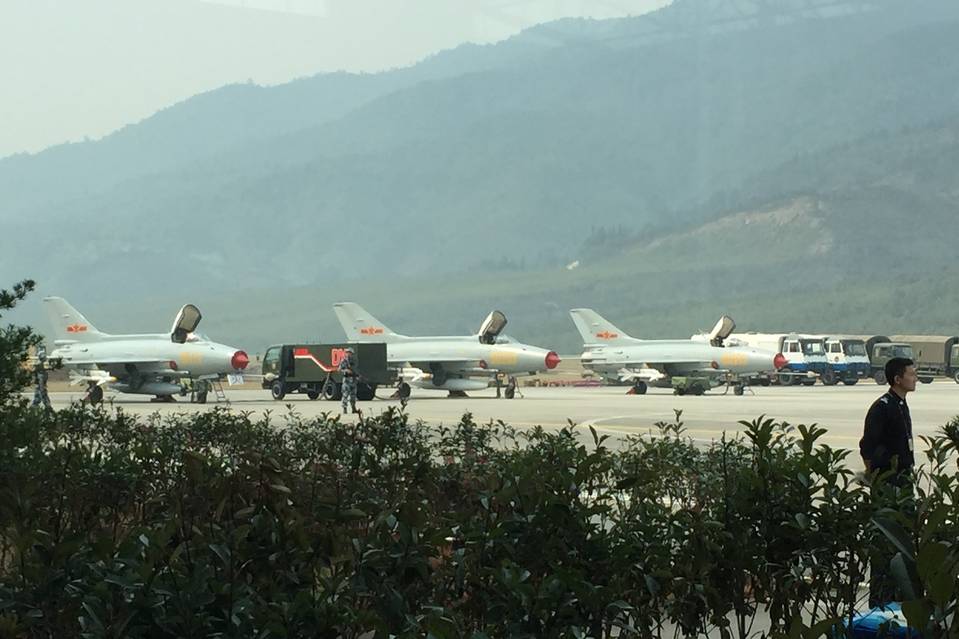 The conflict involves China partly because the fighting is on its doorstep: on March 8th stray bombs damaged a house on the Chinese side. Kokang also retains a special place in China’s psyche. It was part of the country until the Qing dynasty ceded it to Britain in 1897. Around 90% of the Kokang are ethnic Han-Chinese (a similar proportion make up China’s own population); they speak Mandarin, use Weibo, a Chinese microblogging site, and many have friends and relatives in Yunnan. Some have Chinese identity cards.

[…] For the government in Beijing the local conflict is bothersome: China’s leaders care more about domestic stability and regional economic ties than border tribes. Official policy towards Myanmar, as elsewhere, is not to intervene. Myanmar’s military junta relied on China when the West imposed sanctions in the 1990s, which led to a backlash against the country in 2011 after Thein Sein came to power. Some contracts have since been renegotiated and Chinese investment has recovered. China now sees Myanmar mainly as a trading partner and energy supplier.

[…] The conflict also sheds light on the different priorities of Beijing and Yunnan. Although trade with Myanmar accounts for less than 1% of China’s total, it makes up 24% of Yunnan’s. Residents on both sides benefit from being allowed to move freely, but fighting jeopardises that. So local Yunnanese ought to have a strong incentive to end the fighting. […] [Source]

Just after The Economist posted the above report to their website, on March 13 a bomb exploded on the Chinese side of the border in Lincang, Yunnan. China’s state media reported that four were killed and that Li Keqiang noted China’s “responsibility and ability to safeguard the stability of its border areas with Myanmar.” On March 19, the Washington Times’ Miles Yu reported that Chinese military forces were flocking to the border in droves.

A report from the Wall Street Journal’s Chun Han Wong takes a closer look at the multi-faceted difficulties that conflict in Kokang creates for Beijing:

Beijing’s quandary lies in trying to balance its commitment to protecting Chinese lives around the world with its aim to avoid exacerbating an already rocky relationship with Myanmar.

“On the national level, China’s bottom-line interests are border security and its broader aspirations in Myanmar, but Beijing will not sacrifice either one for the other,” said Yun Sun, an expert on the region at the Henry L. Stimson Center, a Washington-based think tank.

[…] A complicating factor for Beijing is that Kokang is mainly populated by ethnic Chinese who have migrated across the border over centuries. Today, the Kokangese maintain strong ties of commerce and kinship with residents in Yunnan. Tens of thousands, in the estimates of some aid groups, have flooded across the border, with many now living in camps set up by Chinese authorities.

Many Burmese see Kokangese as foreigners and Chinese invaders, and social media has been rife with messages of support for Myanmar troops, known as the Tatmadaw. The Myanmar government has capitalized on this show of anti-Chinese sentiment, drumming up nationalistic support by accusing Chinese citizens of aiding the rebels.

China has rebuffed accusations from Myanmar that Chinese citizens are sheltering and offering supplies to the Kokang rebels. […] [Source]

In 2009, fighting in Kokang also reportedly killed a Chinese national, and prompted thousands to seek refuge in China. For more on China-Myanmar relations, see prior coverage via CDT.