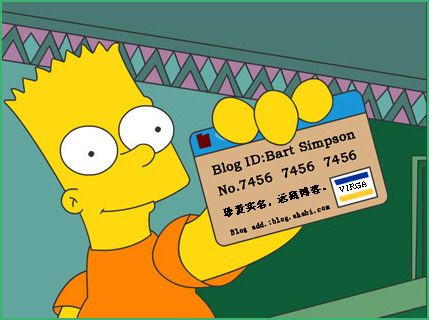 In March, the Chinese government implemented a new set of Internet rules that specifically target online usernames and profile pictures that are seen as subversive. Global Voices reports, basing their coverage on a Chinese-language interview conducted by pao-pao.net with an online merchant who was forced to close his shop late last year:

On February 4, China’s State Internet Information Office released the Regulation on the Management of Internet User Accounts, which lists nine restrictions concerning users’ screen names. The rule was put into force as part of a broader set of regulations on user identity in China — users were now be required to register for online services using their real names. Although they may still use avatars or handles, they will need to do so in accordance with the new policy.

This could pose problems for many Internet users in China. Netizens with a clear political position often use their screen names, avatars or background image of their social media profile pages to make a political statement. For example, users who believe in universal value sometimes add “MZ” (short form of Minzhu, meaning democracy in English) in their user ID. During the escape of the blind human right activists Chen Guangcheng (Chen escaped to the US Embassy in Beijing in 2012), his supporters changed their screen name to “In Need of Guang [Light] and Cheng [Sincerity]”. Avatars too have a similar function. During the Umbrella Movement in Hong Kong, supporters from mainland China changed their profile picture to the movement’s icon of the open umbrella. [Source]

Tian Tian and Chang Chang are part of a growing bestiary of mascots for all kinds of faceless infrastructure. In my travels, I’ve spotted them for fire departments, banks, and a huge number of public spaces such as malls and airports. They seem to be primarily intended for display in the physical environment—as statues, characters in PSAs, merchandise, and signs and banners—rather than on websites or in social media.

The videos and signs they star in are part of a series of nationwide awareness campaigns to model “civil” behavior” and spread new norms about acceptable public behavior, specifically targeting newly urbanized migrants learning to share urban public spaces for the first time.

The mascots advocating these norms—don’t stand too close to the train tracks, do conserve tap water, don’t smoke indoors, do stand in orderly lines—increase the visual appeal and friendliness of these mandates, especially to the younger generation. These mascots represent not only an interesting part of China’s contemporary visual language, but also a soft mechanism (or accessory) for social regulation. [Source]