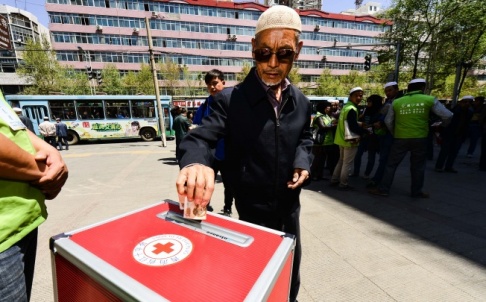 Charity donations have lagged behind the overall accumulation of wealth in China, in no small part due to a lack of public trust. At the Wall Street Journal, Laurie Burkitt reports on a new study from Peking University showing a massive lack of transparency among Chinese charities:

Only eight out of 93 charitable organizations in China passed transparency tests, according to a new report from researchers at Peking University’s Center for Participation Studies and Supports.

Researchers evaluated organizations across 31 Chinese provinces, grading their funding and donation procedures on a zero to 100 scale for opaqueness, with 100 being the most opaque, the report said. The average score was 35.49 points, with only one organization reaching an 83, while four groups scored zero, the report said.

Charitable organizations in China have long faced a lack of trust. A number of scandals have left people skeptical as to whether their money goes to those who need it most. […] [Source]

Perhaps most infamous of the scandals that have contributed to a public deficit of trust in charitable organizations occurred in 2011, when then 20-year-old Guo Meimei flaunted her wealth from a Weibo account crediting her as a general manager at the Red Cross Society of China. Despite the fact that her claim to be a Red Cross employee was debunked, the organization nevertheless received much scorn. (Red Cross has been embattled in several other, non-Guo related scandals involving the misuse of funds.)

As Laura Burkitt notes in her WSJ article, political hurdles also face charity groups as the Xi administration makes it increasingly difficult for foreign NGOs to operate in China.

Also see a post from political science professor Jonathan Hassid at the University of Nottingham’s China Policy Institute Blog on a recent study of the impact that celebrity media endorsements have on philanthropic donation.

For more on charity, China’s trust deficit, or NGOs and nonprofits, see prior coverage via CDT.