China Set to Step Up Control Over NGOs 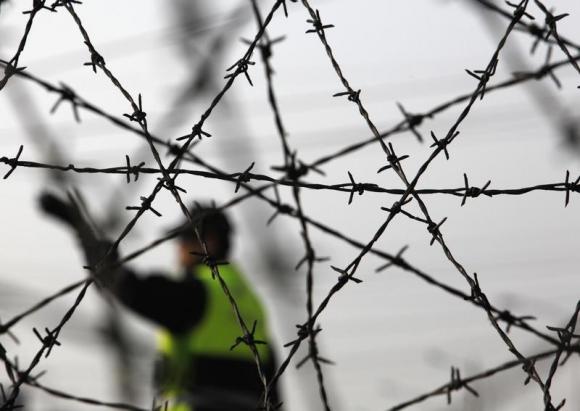 In April last year, The Economist published a pair of reports on China’s cautious accommodation of more NGOs, following positive reports on their emergence in 2013. By June, however, as an ongoing campaign against Western ideology and influence began to gain momentum, news came of a national investigation into foreign NGOs and their activities in China. As the campaign intensified this year, Chinese Academy of Social Sciences scholar Zhu Jidong wrote accusingly that “the West has used non-governmental organizations and foundations as camouflage” behind which to undermine Party rule. At the same time, China has sparked concern with a push to enable anonymous opposition to NGOs’ U.N. accreditation, part of an alleged pattern of broader obstruction.

This week, Reuters’ Sui-Lee Wee and Megha Rajagopalan reported apprehension among foreign organizations at a draft law regulating their registration, activities, and fundraising in China:

The draft law, according to a copy seen by Reuters that was obtained by a foreign NGO, bars foreign NGOs from activities that violate “Chinese society’s moral customs” and from setting up branches in China.

[…] “This really worries me a lot,” said Shen Tingting of Asia Catalyst. “It shows that the government definitely sees foreign NGOs as anti-government agents.”

[…] Foreign NGO workers have met several times since last October to discuss how to respond, said two NGO representatives with direct knowledge of the situation.

They said they feared the law would shut them down because of the difficulty of getting permission for their activities, which could ultimately face rejection.

“The rumor we’ve heard is the purpose of the law is to get rid of us,” said the China director of a foreign NGO, who declined to be named, because of the sensitivity of the topic. [Source]

National People’s Congress spokesperson Fu Ying told reporters last week that foreign NGOs “have been beneficial for our development and have made contributions, but there are some deficiencies in their management. […] On the one hand, we need to protect their legitimate interests, to let them play an even greater role, and on the other hand they need even more effective management, to sufficiently protect our country’s security and social stability.” Anxiety about this “more effective management” is widespread. From Gabriel Domínguez at Deutsche Welle:

[…] Pang Cheung, Program Director at Greenpeace East Asia, told DW that the most critical element in the law is whether international NGOs will be required to have their plans approved by the government.

“This would be a burden for international NGOs as well as for the government. For years, many government bodies have actually resisted to having such responsibility because they do not want to be held accountable if things go wrong,” stressed Cheung.

Amnesty International, which is not registered in mainland China, told DW that if the new law was enacted, it would make it almost impossible to actually operate an NGO in China. William Nee, AI’s China researcher, argues that the Ministry of Public Security and other government departments which will be in charge of the registration process may seek to tightly control the activities and expenditures of foreign NGOs.

“This law treats foreign non-profit organizations that are often at the forefront of tackling important social issues, including environmental protection and rights for the disabled, as potential targets of national security authorities, Nee said, adding that treating these NGOs as enemies would be “detrimental for human rights in China.” [Source]

I've been looking at #China's draft NGO law, and it reads like it was entirely dreamed up by the Public Security Bureau. Oh wait, it was!

Among other things, #China's draft foreign-funded NGO law mandates PRIOR approval for all programs and bans the recruitment of volunteers.

Its effects, moreover, will not be limited to foreign organizations, as The Wall Street Journal’s Josh Chin wrote late last week:

For foreign and Chinese groups, the combined effect has been chilling, signaling that the government’s tolerance for activism is sharply narrowing. An explosion in the number of Chinese civic groups has accompanied the economic boom, drawing in foreigners who want to help. Chinese leaders have made it clear, in speeches and state media, that it views the outsiders as potential purveyors of subversion.

“For civil society in general, this is not a good time,” said Shawn Shieh, an expert in Chinese civil society at Hong Kong-based China Labor Bulletin. “Everyone is taking shelter and laying low for the moment.”

With the expanding Chinese economy creating more opportunities, more Chinese have become involved in health, the environment and other issues that were once the preserve of the government. Foreigners have poured in too, providing expertise and funding.

[…] The help foreign organizations provide to China’s fledgling civil society groups “is hugely important,” said Lu Jun, founder of the Yirenping Center, a legal-aid group that focuses on health and disability issues. […] Treating foreign nonprofits as the enemy “is turning back the wheel of history,” said Mr. Lu. [Source]

These are perilous days for independent civic groups in China, especially those that take on politically contentious causes like workers’ rights, legal advocacy and discrimination against people with AIDS. Such groups have long struggled to survive inside China’s ill-defined, shifting margins of official tolerance, but they have served as havens for socially committed citizens.

Under President Xi Jinping, however, the Communist Party has forcefully narrowed the bounds of accepted activity, setting off fears that these pockets of greater openness in China’s generally restrictive political landscape may soon disappear.

[…] “The pressure on grass-roots organizations has never been this intense,” said Zhang Zhiru, who runs a labor rights group in the southern manufacturing city of Shenzhen in Guangdong Province. In the past year, his car has been vandalized, and police harassment has forced his organization to move more than 10 times. In December, the last of his five employees quit.

[…] “We always hoped to eke out survival in tough circumstances,” said Mr. Yang [Zili], 43, the researcher now in hiding, who spent eight years in prison for holding informal discussions with a group of friends about multiparty elections and a free press. “But the more independent NGOs,” he added, referring to nongovernmental organizations, “especially the ones that criticize government policies or don’t help the government’s image, have encountered a policy of containment, even destruction.” [Source]

In an op-ed at The Irish Times, rights lawyer Teng Biao noted the context of a broader tightening of control, which has gradually expanded from overtly sensitive to relatively apolitical targets:

Chinese leaders are not known for tolerating dissent, but Xi Jinping is less tolerant than his predecessors. Over a thousand human rights activists have been detained since Xi took office, and Chinese human rights defenders are facing the most severe crackdown since the Tiananmen massacre in 1989. Xi’s suppression is widespread, targeting not just those at the forefront of the human rights struggle in China, but also faith groups, internet users, universities, and the media. Many members of China’s budding civil society, who have avoided politically risky issues so far, are now also being jailed. [Source]

Teng and others described the threat apparently perceived by the Party to VOA Chinese’s Lin Feng. From Louisa Chiang’s translation at ChinaChange:

Xia Ming, a professor of political science at CUNY, said that the Chinese Communist Party (CCP), with Xi Jinping at its center, sees ideas about civil society and  “small government, big society,” promoted by the West, as two prominent and gigantic traps Western nations set up for China. “This is why last year we saw enormous destruction visited on some Chinese NGOs, with the most symbolic landmark incident being the arrest of Xu Zhiyong and approximately one hundred other people in his team; he himself got a four-year sentence,” Xia said.

[…] Xu Zhiyong’s imprisonment, as well as the long-term harassment of other civil society groups, throws into relief the Chinese rulers’ zero-tolerance policy toward any societal force that may pose a threat to its power. Teng Biao said: “They are afraid that civil society NGOs, including some human rights defense groups and defenders, are growing in strength, and thereby becoming a challenge to the government. To be blunt, they are afraid that peaceful evolution, Color Revolution, will endanger the party’s rule.”

[…] Chan Kin-man (陈健民), a professor at the Chinese University of Hong Kong and Director at the Civil Society Research Centre, believed that even though Chinese NGOs are growing exponentially in number, the space for their activities is shrinking. Xia Min of CUNY said that CCP will not, in all probability, allow independent civil society groups to develop unfettered. “The outcome of deepening civil society development must be the organizing of political parties,” he said. “Therefore, I think Xi’s fear is exactly that the maturing of civil society will organically provide, with the organizing capacity and solidarity within Chinese society, a platform for the building of political parties.” [Source]

This anxiety appears to underlie the Party’s approach to labor organization, which is carefully shepherded through the state-run All China Federation of Trades Union, and otherwise prevented from becoming “anything long-term, programmatic, or institutional.” At the NPC last week, premier Li Keqiang quietly dropped his call last year for more collective bargaining, shifting the emphasis away from organized workers and onto the legal system.

In a ChinaFile conversation on Chai Jing’s viral hit video “Under The Dome” last week, Ian Johnson suggested that for now, goals such as environmental protection may be best pursued through channels less likely to inflame official anxieties:

I’m hesitant to see Chai Jing’s piece as something similar to Silent Spring. What we’re seeing is not the rise of a civil society-based environmental movement, which is implied by such a comparison. Instead, we’re seeing local pressure that the government is coopting. When I went to Handan, for example, I asked environmental NGOs ahead of time who their contact people were in southern Hebei. None, including Greenpeace, Friends of Nature, or Greengrants (a NGO that provides seed money for local initiatives) had any local contacts. This showed me that the consciousness that was developing in this region was not the result of organizing, but a much more amorphous rise in concern that, to some degree, the Party is listening to. In fact, I’d go further and say that environmental concerns are probably more effectively channeled into China’s political system when they are not organized (especially not by foreign NGOs). Such pressure makes the government nervous about civil society competitors. Again, this isn’t an ideal system, but it’s the system that China has and this is why Chai Jing could make her video. [Source]

But in an essay translated at ChinaChange, Chang Ping argued that real progress will only be possible if the Party loosens its grip:

In tackling pollution, the most important lessons China can learn from the developed countries are the public’s right to know through a free press, civic participation through freedom of association, and environmental litigation through an independent judiciary. But Xi Jinping’s government has been strangling the media and the internet through harsher censorship, and they have made it clear that “governing the country according to the law” must be led by the Party. As for civic movements, including NGOs, we have been witnessing a steady elimination of some of the most inspirational organizations of civil society through the persecution of the New Citizens Movement, Transition Institute, Liren Library, Yirenping, and independent candidates for people’s representatives. Breaking up a monopoly in a certain industry will not drive away the smog. To bring back the blue skies over China, the political monopoly must be lifted too. [Source]