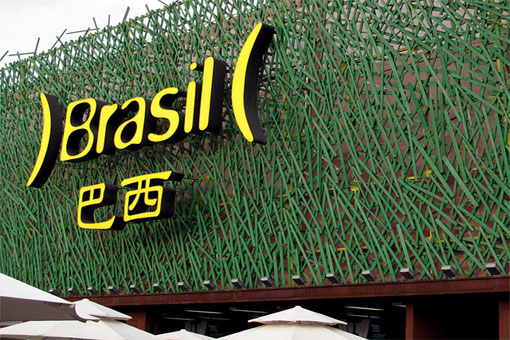 Premier Li Keqiang is embarking on a visit to several Latin American countries, with plans to discuss infrastucture investment and a railroad that will transverse the continent from the Atlantic to the Pacific oceans. From AFP:

One major mooted long-term infrastructure project is a proposed Chinese-financed US$10 billion rail link stretching some 3,500 km from the key Brazilian port of Santos to the Peruvian Pacific port of Ilo via Amazonia.

Brazil has seen its reputation hit by a huge graft scandal at oil giant Petrobras, but the firm received a boost earlier this year when it signed a US$3.5 billion financing deal with the China Investment Bank.

“China is fulfilling a desperately-needed role of investor in Latin America and the Caribbean. Brazil desperately needs investment,” said Charles Tang, chairman of the Rio-based Brazil-China Chamber of Commerce and Industry.

“The US back yard is growing a Chinese back garden, not just in Brazil but all over Latin America. [Source]

A recent study from Boston University examines China’s new role as a “driver of social and environmental change in Latin America” and how that may be impacting sustainable development. From the Executive Summary:

At the Guardian, Jonathan Watts reports on the study and how the railway project in particular may pose a threat to Brazil’s environment and to uncontacted tribes in the Amazon:

China is playing an increasing role in Latin America, having tripled its share of regional exports in the past decade – particularly of food and minerals. But there is a considerable cost in terms of environmental degradation and social conflict, according to a recent Boston University study. Although major Chinese firms have put in place improved guidelines, conservationists and campaigners for indigenous rights fear this project will continue that trend by carving up nature reserves, crossing the land of uncontacted tribes and opening up indigenous land for development. This is expected to prompt an outcry.

“This project is iconic and is likely to become centre-stage for Latin American civil society organisations,” said Paulina Garzon, director of the China-Latin America Sustainable Investment Initiative. “It is way too big to pass unnoticed, and … will be tremendously controversial on both environmental and social fronts: first because of its size and location but also because Latin-American environmental groups and indigenous organisations are quite vocal and very well-networked.”

She said planners needed to avoid the mistakes of past megaprojects, which rushed or avoided environmental impact assessments and consultations with local people.

“It would be smart to establish a robust and meaningful multi-stakeholder consultation from the very beginning,” she said. [Source]

Read more about China and Latin America, via CDT.