Chinese Politics in the Era of Xi Jinping 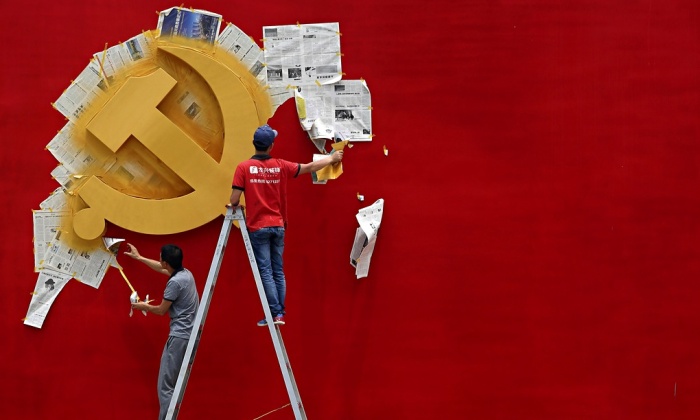 At The Guardian, Oxford professor and historian Timothy Garton Ash asks whether Xi Jinping can successfully restructure China’s economy and society in the years ahead, and discusses the effects that his failure might have on regional peace and stability.

Can Xi do it? This is the biggest political question in the world today. “Yes, Xi can,” some tell me in Beijing. “No, he can’t,” say others. The wise know that nobody knows.

[…] By now it is relatively clear what Xi is aiming to do. He is trying to steer a complex economy and society through difficult times by top-down changes, led and controlled by a purged, disciplined and reinvigorated Leninist party. He is doing this in unprecedented conditions for such a party, consciously trying to combine the “invisible hand” of the market with the “visible hand” of the party-state. The “great helmsman” Mao Zedong is clearly one inspiration, but the pragmatic reformer Deng Xiaoping is another. “To reignite a nation, Xi carries Deng’s torch,” declared a commentary from the official news agency Xinhua.

[…] If all this were to succeed as intended, western liberal democratic capitalism would have a formidable ideological competitor with worldwide appeal, especially in the developing world. For the west, there would be a silver lining: competition keeps you on your toes. I suspect the hubris of the early 2000s – both abroad, plotting regime change in Iraq, and at home, in the turbo-charged excesses of financial capitalism – had something to do with the lack of serious ideological competition.

This outcome is obviously not what I, as a liberal and a democrat, would wish for Chinese friends. But I do emphatically wish for them, and for ourselves, a China that experiences evolutionary and not revolutionary change. There are many reasons for that view, not least that most Chinese embrace it themselves. But the most important concerns nothing less than war and peace. [Source]

At The New York Times, on the other hand, Ian Johnson spoke with Willy Wo-Lap Lam, a professor at the Chinese University of Hong Kong and the author of “Chinese Politics in the Era of Xi Jinping,” about Xi’s leadership and how Chinese politics has changed since Xi assumed power:

Q. You have analyzed all major Chinese leaders over the past 30 years. What drew you to Xi?

A. Xi is very different from previous leaders. Basically Jiang Zemin and Hu Jintao followed Deng Xiaoping’s instructions not only to reform the economy, but to carry out some degree of institutional changes. Deng didn’t believe in Western-style reforms, but he did try major institutional reforms to prevent a second Cultural Revolution and a Mao Zedong-style tyranny. […]

But Xi Jinping so far has stood many of Deng’s principles on their heads. We have seen an excessive concentration of personal power by Xi Jinping. He’s not first among equals. He’s the big boss. He runs roughshod over the other six members of the Standing Committee, especially Premier Li Keqiang.

Q. Perhaps there is a plausible argument that he needs to concentrate power to push through reforms?

A. This is the so-called theory of neo-authoritarianism — that in a complex country like China, the ruler must have near-absolutist powers. Xi says that all the easy reforms have been tried out. He’s been left with difficult reforms that would impinge on the prerogatives of power blocs in the party — and so he needs extra powers to push through changes.

But the big question that I raise in the book is why thorough structural reforms are nowhere to be seen. I believe he is concentrating power for two purposes. One, to ensure that the Communist Party remains China’s perennial ruling party. He wants to be sure that no one else can challenge the supremacy of the party. Also that it only has one dominant faction, the inchoate Xi Jinping faction. It’s about amassing powers in his own hands — and it has very little to do with economic or political reform. [Source]

Lam recently suggested that Xi may be planning to extend his rule beyond the conventional ten-year term.