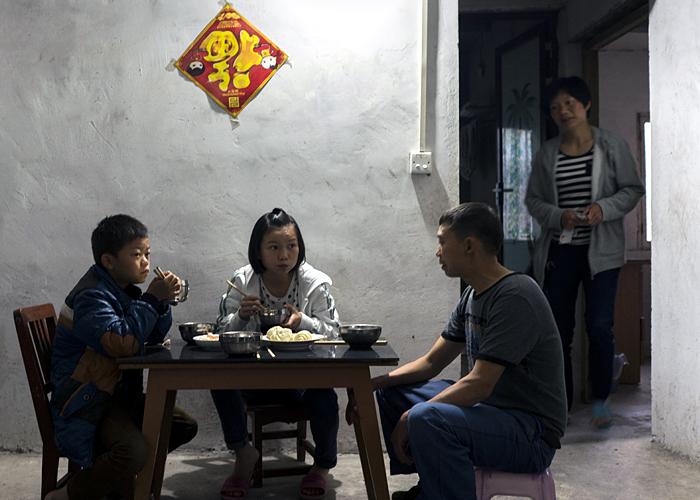 In a multimedia web production, Carrie Gracie of the BBC has compiled ten years of reporting from White Horse Village, which over the past decade has been transformed from a rural farming village to a city—a microcosm of China in the throes of urbanization. Gracie tells the stories of three generations of women in one family, all of whom, in different ways, have missed out on opportunities because of their gender. As Gracie writes: “Traditional Chinese culture may say it is the son who carries the family line, but this is a story of daughters who carry as much of what matters.” The reporting is displayed in an interactive website that includes several photos and videos taken over the years:

When I started coming here 10 years ago to chart the transformation of White Horse Village into a city, Xiao Zhang was already complaining that change was too slow.

Amid all the anguish of elderly farmers forced to give up their fields and move into tower blocks, she was impatient, longing for the day the government would demolish her home and concrete over her fields.

[…] For the first 20 years of Xiao Zhang’s life in White Horse Village, a future of city streets, car showrooms and karaoke bars would have been unimaginable. She had never seen a plane or a train, never sat in a car.

[…] Over 10 years I’ve watched as the village was destroyed to make way for Wuxi New Town – an epic transformation being replicated in thousands of villages all over China, the biggest urbanisation in human history and a giant leap of faith in the name of progress. [Source]