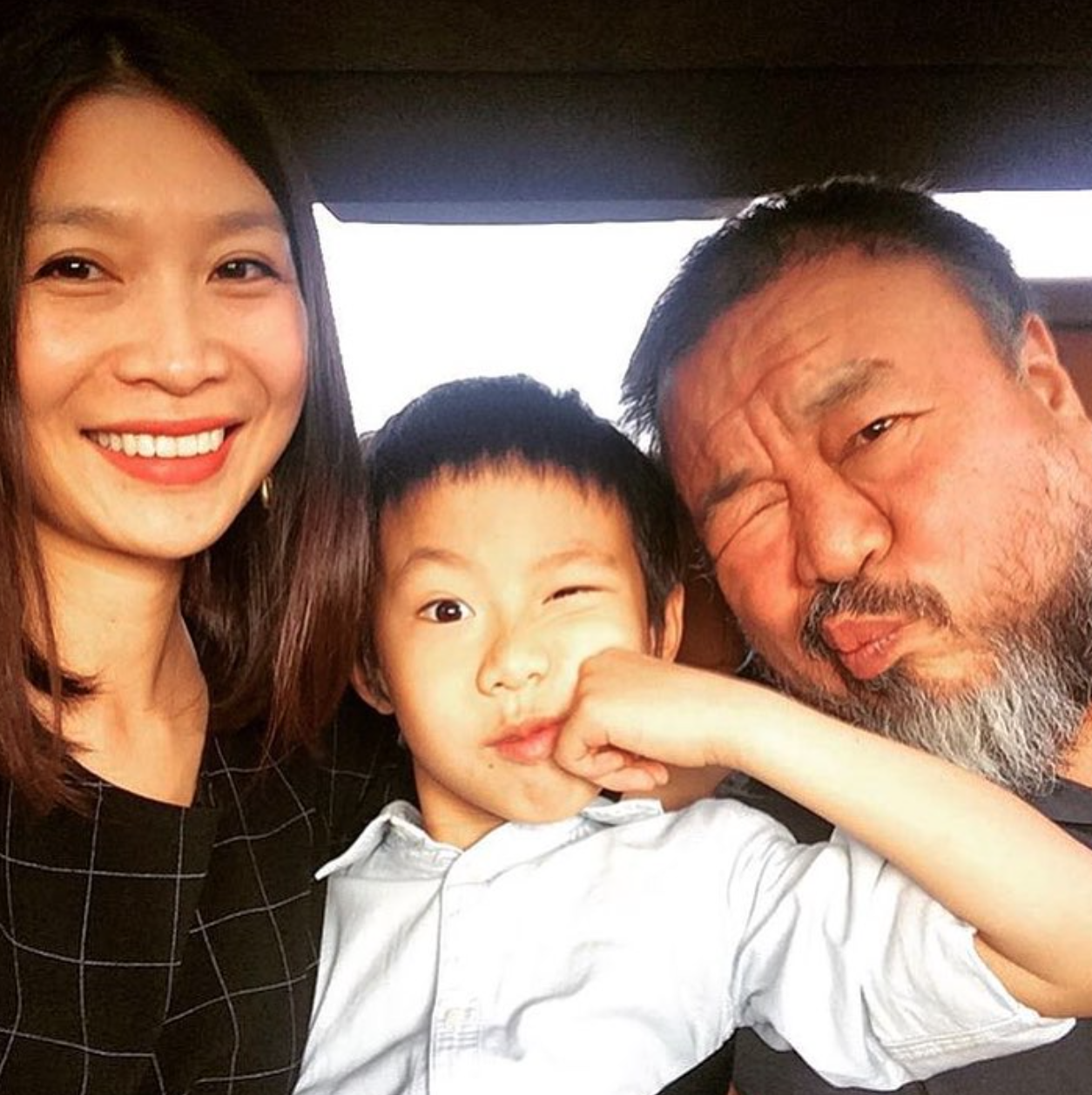 Last week, Chinese authorities finally returned artist Ai Weiwei’s passport, removing a barrier to international travel that had been in place since his 81-day detention in 2011. This Thursday, Ai boarded a flight bound for Munich, and has now been reunited with his son there.

Shortly before taking off, however, he revealed an unexpected issue in his onward travel to the United Kingdom in a statement posted to Instagram. British immigration authorities, he announced, had granted him a much shorter visa than he applied for, blaming his failure to disclose a supposed past criminal conviction.

Ai Weiwei may not be able to attend his exhibition installation and opening at the Royal Academy of Arts in September 2015, due to the UK Visas and Immigration Department’s claim that Ai had submitted false information regarding his criminal records in his application for the UK business visa, and decision to issue a 20-day entry visa instead of the requested six-month business visit visa for London. In a letter, the department states that “It is a matter of public record that you have previously received a criminal conviction in China”, and in further conversations, referencing news about Ai’s secret detention by the Chinese authorities in 2011 and the tax case for Fake Design. Ai, who has never been charged or convicted of a crime, attempted to clarify this claim with the UK Visas and Immigration Department and the British Embassy in Beijing over several telephone conversations, but the representatives insisted on the accuracy of their sources and refused to admit any misjudgment. This decision is a denial of Ai Weiwei’s rights as an ordinary citizen, and a stand to take the position of those who caused sufferings for human rights defenders. [Source]

Ai also posted an image of the letter he received from the British embassy. This stated that, despite the alleged omission:

[…] Exceptionally, it has been decided to grant you entry clearance outside the immigration Rules for your stated dates of travel to the UK.

While an exception has been made in this instance, any future application you submit must be completed as accurately as possible, otherwise there is a risk that future applications may be refused and a 10 year ban applied [….]” [Source]

Following Ai’s announcement, the embassy issued an identical statement to several newspapers, claiming that “all applications are considered on their individual merits and in line with the relevant legislation. Mr Ai has been granted a visa for the full duration of his requested dates of travel.” German authorities appear to have raised no objection when granting Ai a visa this week.

The Instagram statement suggests that consular officials mistook either his 2011 detention for a prison sentence, or the 2012 civil tax evasion verdict against the Fake Design company for a criminal conviction against Ai himself, or both. Neither the embassy’s initial letter nor its public response clarifies which. The Guardian’s Tom Phillips reported reactions to the former scenario:

Liu Xiaoyuan, a human rights lawyer and friend of the outspoken artist, said he could not understand the “ridiculous” ruling.

“I don’t know which county’s understanding of criminal conviction the rejection is based on. If it’s the Chinese one Ai certainly does not have a conviction.”

[…] Joshua Rosenzweig, a Hong Kong-based human rights expert who has followed Ai’s case, said he was also at a loss to explain the British decision. “If they are talking about what happened in 2011 then I just don’t see how this could qualify as a criminal conviction. It seems to me that either someone is misinformed or I don’t know what. You cannot call what happened in 2011 a criminal conviction.

“Being subjected to residential surveillance is not the same thing as a criminal conviction. It’s what the Chinese authorities call a coercive measure. You can’t have a conviction without facing a court – even in China.”

The immigration letter made clear that Ai’s request for a six-month business visa had been denied because of “a criminal conviction in China” that was a “matter of public record”, Rosenzweig noted.“I would like to know what the public record is because I pay attention to these things and it is not ringing any bells.” [Source]

The second scenario is somewhat less straightforward, and perhaps correspondingly more plausible. For details of the case, see a timeline with introduction by legal scholar Jerome Cohen, who described it as “nauseating” and “a farce”; an analysis by Ai’s lawyer Pu Zhiqiang, now awaiting trial on unrelated charges of “inciting ethnic hatred” and “picking quarrels”; and a very thorough account and analysis in the chapter “The curious case of Ai Weiwei and administrative law” from Chang Wang and Nathan H. Madson’s “Inside China’s Legal System”.

Ai’s formal relationship with Fake Design was merely that of a consultant. At China Law & Policy in June 2011, Elizabeth Lynch argued that Ai could nevertheless face personal liability if found to be, in practice, “personnel directly in charge” or “other directly responsible personnel.” However, although media coverage did not always make the distinction clear, Beijing tax authorities explicitly stated that its case was against the company, not Ai himself. Moreover, although tax evasion can be criminally prosecuted under Chinese law, Fake was instead subjected to a civil or administrative procedure. George Washington University’s Donald Clarke commented:

Some people say, “Oh, but didn’t he have some tax troubles a while back?” And others respond, “Yes, but those were politically motivated.” All beside the point. To the second group, I say that he should respond truthfully and then explain, even if only as a practical matter, given that not telling the truth about things that really are in the public record is just not going to work. To the first group, I say that the ECM [Entry Clearance Manager] did not state an objection to Ai’s failures to mention (a) his 2011 detention, allegedly for investigation of tax issues, or (b) the assessment and fine levied as an administrative (not criminal) matter on his company (not him). The ECM’s objection was to Ai’s failure to state that he has a criminal conviction. But he doesn’t have one.

The ECM might have been on firmer ground had he or she said something along the lines of, “Really? No ‘caution, warning, or reprimand’? Ever?” I suspect Ai has received a lot of communications that would qualify. Of course they are politically motivated, but that’s what the place on the form for an explanation is for. But that’s not what the ECM said. [Source]

A third possibility is that the restriction was a deliberate move, with the apparent confusion over the supposed conviction merely a pretext. Human Rights Watch’s Maya Wang commented that:

[…] It is hard to escape the conclusion that this decision is political, linked to Chinese President Xi Jinping scheduled visit to the UK shortly thereafter.

[…] The UK welcomes scores of senior Chinese government officials – many of them implicated in human rights abuses. To deny comparable access to a peaceful critic of Chinese autocracy and repression, and do so on the basis of flawed Chinese judicial procedures, is inexcusable. [Source]

Britain has fought hard to thaw relations with China and to boost trade. The Financial Times described the alleged concession as part of a pattern including Prime Minister Cameron’s disavowal of meetings with the Dalai Lama, relative reticence over last year’s Hong Kong democracy protests, and trend-setting embrace of the China-led Asian Infrastructure Investment Bank.

The embassy’s letter suggests that Ai had only intended to stay until September 29 in any case, but the restricted visa would guard against any change of plans. If it was indeed a deliberate ruse, British authorities might have accomplished the same end less provocatively by citing, for example, the Fake tax decision as an undisclosed court judgment, rather than an explosively concocted criminal conviction. As The Economist noted, “Mr Ai’s strange visa restriction may be completely unrelated. But it is a curious, and convenient, coincidence.”

At The Washington Post, Emily Rauhala took a broader look at Ai’s life pre- and post-passport:

[… E]ven as Ai set off, he remained, in many ways, stuck in place, locked in the same, strange purgatory he’s inhabited since his 81-day detention in 2011.

It’s a world where surveillance is constant and certainty is scarce.

He does not know why, for instance, after 600 days of protest, authorities restored his right to move around, or why the British government denied his request for a six-month visa on grounds that he failed to disclose a “criminal conviction,” when, under Chinese law, he has none.

Nor does he understand why Chinese authorities chose to loosen his leash while at the same time locking up other critics — lawyers, activists and artists — by the dozen. [Read more at CDT.] “We used to think that everything has a reason, or some history to it, but that’s not China,” he said in an interview at his Beijing studio on Tuesday.

“Freedom is a struggle, it’s continuous, and it’s a result we may never really get.” [Source]