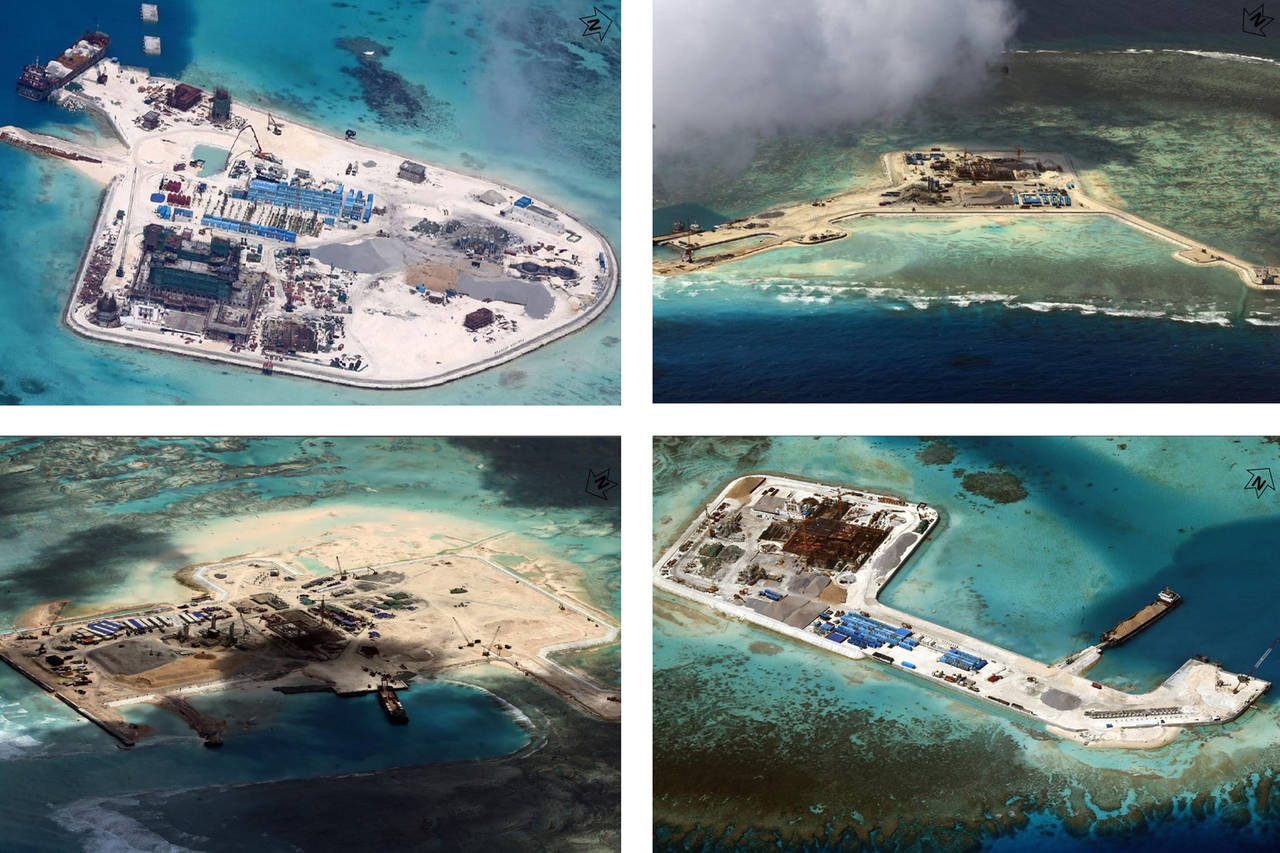 In his in-depth profile of Chinese president Xi Jinping at The New Yorker this week, Evan Osnos wrote that

[…] Chinese leaders since Deng Xiaoping have adhered to a principle known as “Hide your strength, bide your time.” Xi has effectively replaced that concept with declarations of China’s arrival. In Paris last year, he invoked Napoleon’s remark that China was “a sleeping lion,” and said that the lion “has already awakened, but this is a peaceful, pleasant, and civilized lion.” He told the Politburo in December that he intends to “make China’s voice heard, and inject more Chinese elements into international rules.” [Source]

The latest initiative in this direction is the establishment of the Asia Infrastructure Development Bank, a China-led rival to existing, American-dominated institutions. Dozens of countries broke ranks with Washington to join up ahead of Tuesday’s deadline, leaving the U.S. “sitting alone at a bar drinking a consolation beer.”

In a presentation to the European Council on Foreign Relations last month, Renmin University’s Shi Yinhong said that China under Xi “has put forward two contradictory sets of messages in its words and actions”: one assertive, and the other conciliatory.

The country is a great power that is undertaking a substantial transformation of its foreign policy. Many things have changed from the country’s previous discourse and practice within a relatively short time-span. This has left both China and its partners under-prepared, somewhat confused, and with increased chances for miscalculation.

[…] The prospects for China’s foreign policy are still uncertain. Its development will depend on domestic and international elements that will continue to change dynamically as well as frequently to be at odds with each other.

[…] Among the uncertainties and contradictions, one thing seems certain: Xi aspires to increase China’s power and influence (both soft and hard) and even, in the long term, to give it a dominant role in Asia and the Western Pacific – at the cost of the US ascendancy. Washington has been quite sensitive to this goal, and US suspicion and precautions towards China are increasing. [Source]

Indeed, the U.S.’ top Pacific commander sounded the alarm this week over China’s vigorous construction of artificial islands to pin down maritime claims in the South China Sea. From Rob Taylor at The Wall Street Journal:

In his most direct public criticism of Chinese construction on the contested Spratly Islands archipelago of the South China Sea, U.S. Pacific fleet Commander Admiral Harry Harris Jr. accused Beijing of building a “great wall of sand” over areas claimed by several nations.

“When one looks at China’s pattern of provocative actions towards smaller claimant states—the lack of clarity on its sweeping nine-dash line claim that is inconsistent with international law, and the deep asymmetry between China’s capabilities and those of its smaller neighbors—it’s no surprise that the scope and pace of building man-made islands raises serious questions about Chinese intentions,” Adm. Harris told a naval security conference in Australia.

[…] “How China proceeds will be a key indicator of whether the region is heading towards confrontation or cooperation,” he said.

China’s muscle-flexing over territorial claims is stoking apprehension in nations including the Philippines and Vietnam, which earlier this month lodged a diplomatic protest with Beijing. [Source]

Xi has continued to insist that China is committed to peace in the region, as Reuters’ Adam Jourdan reported last week:

Speaking at a high-level forum in Boao, on the southern Chinese island of Hainan, Xi said that China was ready to sign more friendship treaties with its neighbors and proposed holding dialogue among Asian civilizations.

“What China most needs a harmonious and stable domestic environment and peaceful and tranquil international environment,” Xi said, to an audience including leaders of countries like Malaysia, Sri Lanka, Indonesia and Nepal.

“Any turmoil or war does not accord with the basic interests of the Chinese people,” he added.

“China has in the past 100 years or more suffered turmoil and war, and the Chinese people will never impose upon other countries or people the tragic history our own people have experienced,” Xi said. [Source]

In an op-ed at The New York Times, the German Marshall Fund’s Andrew Small praised Beijing’s growing sense of international leadership, highlighting its involvement in Afghanistan:

If Beijing has alarmed its neighbors in East Asia with its assertiveness over contested territory, elsewhere it is its policy of noninterference that has been criticized, especially by Western governments, as a form of free-riding or obstructionism. But now its efforts in Afghanistan suggest it will no longer leave all the diplomatic heavy-lifting to other states. Beijing is finally easing into its role as a great power.

[…] This change in approach is partly motivated by Beijing’s new sense of threat. With escalating terrorist attacks at home, including in the Chinese heartland, and Uighur militants working with extremist groups like the Pakistani Taliban and the Islamic State [though in disputed numbers], the imperative to stabilize China’s entire western periphery has increased.

Beijing’s new diplomacy is also driven by a widening conception of how best to secure China’s global interests as its capabilities and clout increase. Although the government still pays lip service to noninterference, the shift is clear and explicit. Foreign Minister Wang Yi told the United Nations General Assembly in 2013 that China would play a “more proactive and constructive role” in the world’s hot spots and provide “public goods to the international community.”

[…] Beijing, long content to sit on the sidelines of security issues beyond its borders, has finally come to see inaction as an even greater risk. Its growing willingness to use its political relationships, military assets and economic power to strategic ends is evidence that it is behaving more and more like a normal great power. In East Asia, its territorial claims remain a source of anxiety. But in those parts of the world where its interests require stability first and foremost, China’s assertiveness may also be a force for good. [Source]

[…] China now imports about 60 percent of its oil, and the list of key suppliers includes some of the world’s most volatile countries: Iran and Iraq and, outside the Middle East, Sudan and Venezuela. All these states have had oil output disrupted by violence, terrorism, dysfunction, or international sanctions.

This increasing reliance on unstable countries has spurred China to undertake its first-ever overseas deployment of combat forces in a peacekeeping role—in Africa, where China has long been involved in investment, infrastructure, and agriculture programs. In 2013, Beijing sent 170 troops to Mali to help prevent the country’s tumult from spilling into its oil-rich neighbors, such as Algeria and Libya. A year later, in another first, China leaped into peace talks between warring factions in South Sudan.

[…] China’s new oil-fueled engagements saw a definitive shift toward the Middle East when, in November 2014, Beijing offered Washington money (some $10 million) to aid displaced persons in Iraq. A month later, it offered Iraq military support in the form of airstrikes for combating the Islamic State. Coming from a country that has long viewed U.S. military interventions as the sharp end of nefarious Western plots, these offers were startling. But they were in line with open discussions by top officials, including Foreign Minister Wang Yi, about an increasingly prominent Chinese role in the region. As a case in point, Beijing’s new Middle East envoy is an expert in Israeli-Palestinian peace talks—a sign that China is preparing for full-bore involvement in one of the Middle East’s most intractable issues. [Source]