Is China Making Its Own Terrorism Problem Worse? 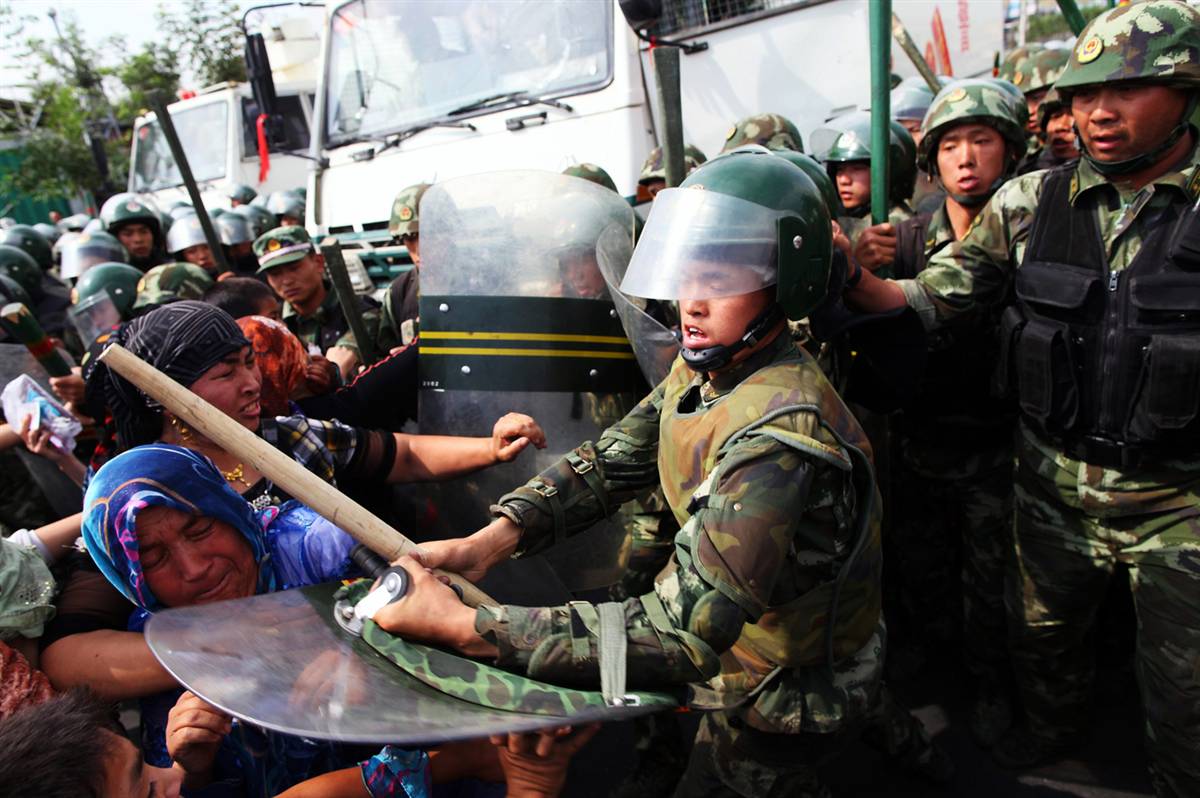 Amid the intensifying (and recently extended) crackdown on terrorism in the Xinjiang region, Beijing has continually alleged a connection between escalating regional violence and the global jihad movement. In recent months, as international fear proliferates in the wake of highly publicized deaths of Islamic State hostages, Beijing has claimed that would-be Uyghur refugees captured along China’s southern border were attempting to make it to the Middle East for jihad training. However, Uyghur refugees abroad cite continued violence and increasingly repressive policies in Xinjiang as their motive to flee China. In a report for Foreign Policy outlining the situation in Xinjiang, Justine Drennan surveys expert opinions on recent state media claims that Uyghurs are among ranks of IS, and asks if Beijing’s policies may be more to blame for the deteriorating situation in Xinjiang:

[…] Chinese government-run Global Times asserted in December that about 300 Chinese “extremists” were fighting alongside ISIS in Iraq and Syria, and in January  that another 300 had traveled to Malaysia en route to joining the group. The reports suggested that many were “terrorists from the East Turkestan Islamic Movement.” On Thursday,  Global Times said ISIS had executed one of these Uighur recruits in September and two in December when they tried to flee its control, attributing the information to an anonymous Kurdish official.

Many experts dismiss Global Times’s numbers. “I assume there are Uighurs joining ISIS, but I also assume the numbers are quite small in comparison to other groups throughout the world,” said Sean Roberts, a George Washington University professor who studies the minority group. “We’re probably talking about 20 to 30 people max.” Nicholas Bequelin, a Hong-Kong-based senior researcher with Human Rights Watch, called Chinese media’s figure of 300 “implausibly high.”

It’s likely that the rise of the Islamic State has given a­ few disenfranchised young Uighurs a cause to fight and potentially die for. Still, experts say any increase in Uighur extremism is largely due to the fact that the very policies China says are meant to combat terrorism have actually made the threat worse.

Chinese reports about hundreds of Uighurs fighting with the Islamic State are likely “intended to make the Uighurs look as if they’re a threat, an Islamist terrorist organization,” said Dru Gladney, an anthropologist who studies ethnic identities in China. Several internationalmedia outlets have repeated the numbers from Chinese media. But China’s inflated claims are ultimately counterproductive, Gladney said. “They create more fear and marginalization, which exacerbates the problem.” […] [Source]