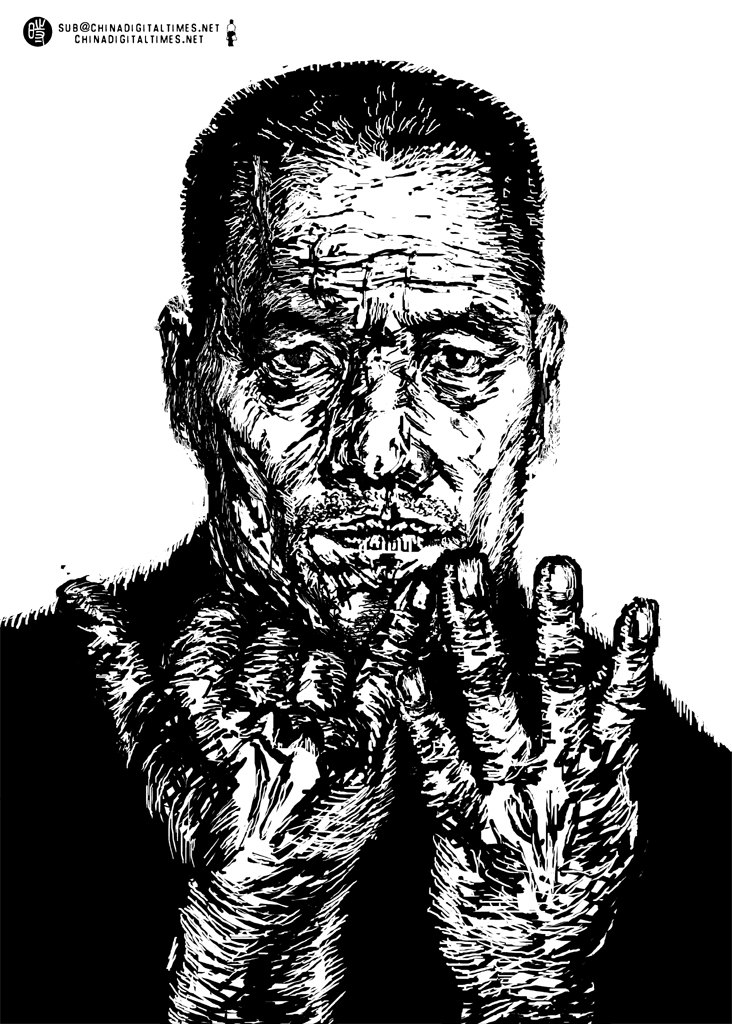 After a year in detention, rights lawyer Pu Zhiqiang has been formally indicted on charges of “inciting ethnic hatred” and “causing a disturbance and provoking trouble.” Two other charges against him, “inciting separatism” and “illegally obtaining personal information,” have been dropped, but he still faces up to eight years in prison.

The charges against Pu appear to stem from about 30 messages he posted on Weibo, which were critical of government policy, especially in Xinjiang and Tibet. (The original messages are compiled in full on CDT Chinese.) Verna Yu at the South China Morning Post reports on the indictment:

“He was incriminated for the opinions he expressed, just because he posted about 30 microblog messages – I don’t think this is acceptable,” Shang said.

[…] Shang earlier said Pu’s microblog messages from 12 Weibo accounts between 2011 and last year were used to indict him. His commentaries were mostly sarcastic criticisms of the Communist Party and its policies towards ethnic minorities and neighbouring countries.

Human rights advocates say Pu’s arrest is aimed at silencing him and is part of the wider crackdown on rights lawyers, activists and civil society under President Xi Jinping’s ideological campaign.

In his commentaries, Pu had been highly critical of the party. “From top to bottom, the Communist Party cannot survive without telling lies,” he said in one post. [Source]

While the indictment ensures that Pu will face trial, no trial date has been set, Edward Wong reports at the New York Times:

“He brazenly insulted others, and the circumstances were vile and destructive to social order,” the prosecutors said in the announcement. “He should be pursued for criminal culpability under the law.”

Mr. Pu and his supporters have maintained that the case is a baseless, politically motivated attack on a lawyer who long irked officials by challenging them in court and online. His lawyers said Mr. Pu adamantly rejected the charges.

“Of course, he’ll maintain that he’s innocent and will continue to defend himself,” Shang Baojun, one of Mr. Pu’s two lawyers, said by telephone.

The prosecutors’ announcement did not give a date for Mr. Pu’s trial; a court will announce it later. Mr. Shang said that a trial could be two or three months away, and that he would meet with Mr. Pu next week after obtaining a copy of the indictment. [Source]

Read more by and about Pu Zhiqiang, and about the ongoing crackdown on civil society under Xi Jinping, via CDT.

(Image above by Badiucao for CDT.)