The Case Against Pu Zhiqiang 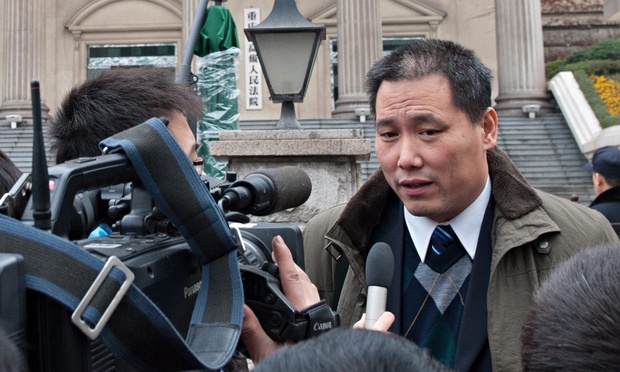 The looming prosecution of rights lawyer Pu Zhiqiang has become a prominent symbol of the broader crackdown on civil society under Xi Jinping. Pu is likely to face charges of illegally obtaining personal information, causing disturbance, inciting ethnic hatred, and inciting separatism, all of which he denies. The last three of these charges reportedly hinge on a series of 28 Weibo posts—collected in their original language at CDT Chinese—in which Pu criticized Chinese policies in Xinjiang and Tibet, mocked officials and Communist icon Lei Feng, and suggested that Japanese rule would have been preferable to that of the Party. From Verna Yu at South China Morning Post:

About 30 microblog messages sent by Pu from 12 weibo accounts between 2011 and 2014 were used to indict him. But his lawyer Shang Baojun said they should not constitute crimes, vouching for the authenticity of the details of Pu’s postings, which were circulated online.

Shang said Pu’s commentaries, which were often critical and harsh, fell into the domain of free speech, which should be protected by law.

“These have nothing to do with crimes,” Shang said. “It is over the top to bring several charges against Pu based on his comments.” [Source]

A selection of the posts is translated at China Real Time, including reactions by Pu to the Kunming and Urumqi train station attacks on March 1st and April 30th last year:

15) May 1, 2014: The frequency of Xinjiang terror attacks – of course I denounce violence, but with that said, investigations are necessary. I don’t believe all these meager dispatches from Xinhua, and I don’t believe it’s as simple as black and white. Of course, I hope that the Xinjiang legal authorities will respect the constitution and human rights, and that the paramilitary police will be paragons of benevolence when they get to Xinjiang, but the probability of either is low. When cowards run the country, they create problems everywhere. If unity comes under Zhou Yuangen (aka then-security czar Zhou Yongkang), then what the hell does it have to do with me?

[…] 21) March 2, 2014: The attackers in this awful Kunming incident have committed a grave sin. You say its Xinjiang separatist terrorism, this time I believe you. But that’s the result, not the reason. Such horrible wounds and such unbearable results, and you blame it on Xijiang separatists without taking any responsibility. I’m not satisfied. Every day you say the party’s policies are yakshi (“good” in Uighur) and the Uighurs love the party, and then you have flesh and blood splattered everywhere? Wang Lequan, you governed the western region for 10-plus years. You know that place best. Tell me why? Who are they targeting? [Source]

China’s foreign ministry and state media have expressed indignation at suggestions in foreign media that government policy played any part in cultivating unrest in Xinjiang, though state media have been more willing to encourage investigation of “root causes” following violence against Westerners and Japanese nationals.