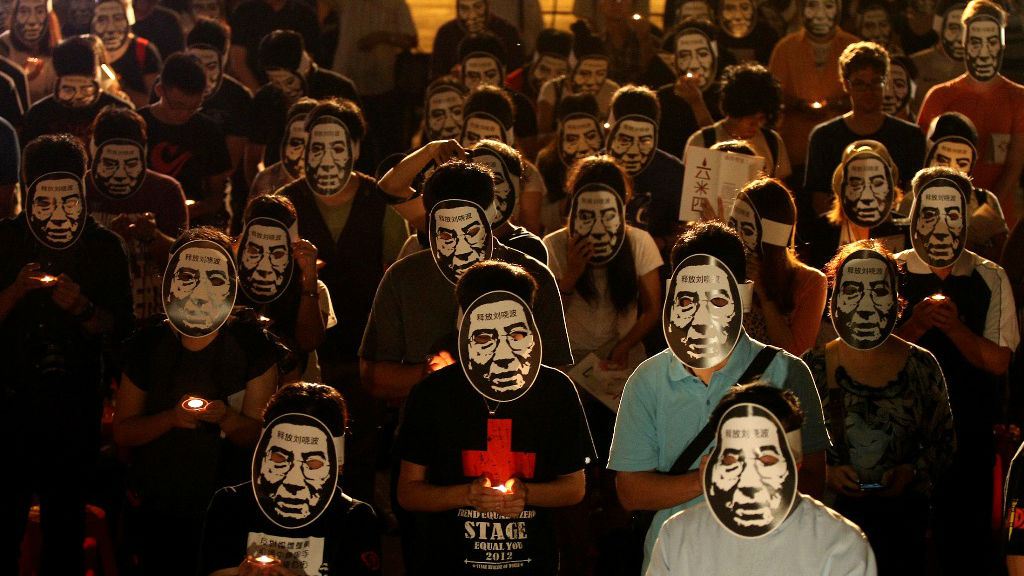 Chinese Human Rights Defenders has published partial data on detentions of rights activists in China over the past three years. The figures indicate that there were at least 955 detentions of five days or longer last year, almost as many as in 2012 and 2013 combined (1079). Last year’s detentions included 221 for creating disturbances, 99 for gathering crowds to disrupt order of public places, 42 for illegal petitioning, 19 for inciting subversion, and two for subversion. (In many cases, no crime was specified.) 58 cases of beatings in custody were reported, as well as 22 forced confessions, six cases of torture, and five of intimidation.

Authorities are targeting not just outspoken activists but moderate environmentalists, lawyers, writers, and artists—people that the Chinese communist party hasn’t traditionally seen as threats. That included Xu Xiao, a book and culture editor; Xu Nailai, a disabled petitioner who was detained with his 8-year-old daughter; Guo Yushan, the head of a think tank; and Pu Zhiqiang, a leading lawyer who represented dissidents such as artist Ai Weiwei.

[…] After the October disappearance of an editorial assistant who had worked for a German news agency, one Chinese news assistant described a new level of suppression in an interview with the Asia Society last month: “The Party has long grabbed anyone with rebellious political views, and now it has finished grabbing the ones with modest views. Now it’s coming for anyone who speaks at all.” [Source]

Read more about the news assistant Zhang Miao’s detention, the growing pressure on even moderate voices, and two other rights organizations’ recent accounts of deepening repression in China, via CDT.

Xinhua has since blasted Human Rights Watch, the source of one of these reports, comparing it to an ink-spraying squid and accusing it of overlooking Chinese progress and American misdeeds. HRW’s 2015 report did acknowledge “positive steps in certain areas” in China, while the U.S. received broad criticism in its own chapter and in a separate essay on the corrosive effects and dangerous precedent of its electronic surveillance programs.