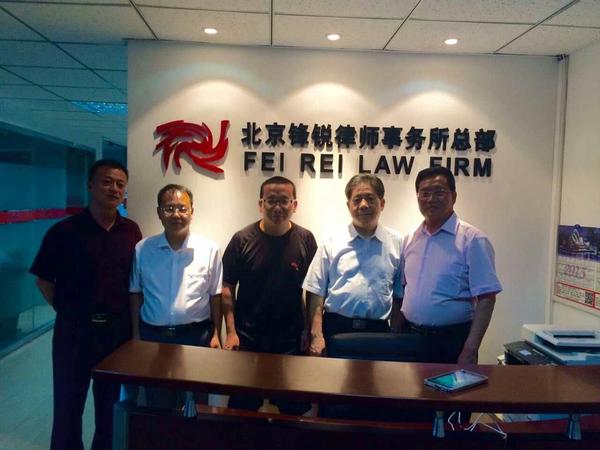 All websites must, without exception, use as the standard official and authoritative media reports with regards to the detention of trouble-making lawyers by the relevant departments. Personnel must take care to find and delete harmful information; do not repost news from non-standard sources. (July 14, 2015) [Chinese]

Over 100 human rights lawyers and activists have been detained or questioned since last week in what state media call an operation against “conspirators” who are “colluding with petitioners to disturb social order and to reach their goals with ulterior motives.” The crackdown has especially targeted the Beijing Fengrui Law Firm, which was searched by the authorities last week, on the grounds that it headed a “major criminal gang” masterminding disruptions to public order and committing “serious” but unspecified crimes. Amnesty reports that 148 lawyers and activists had been swept up by Tuesday, with at least 25 still in custody, under residential surveillance, or missing.

To protect the dominance of official information on the sweep, authorities have warned those targeted to keep quiet, though not all have complied. Reuters reported that “four lawyers taken in for questioning said police had warned them not to advocate for Wang [Yu, one of at least six under criminal detention], according to accounts by them and other activists.” A Zhejiang-based lawyer reportedly received a message from Shanghai police warning him not to publish related information, “‘otherwise, we have a way to gao,’ or mess with, ‘you and your son.’” Two lawyers told The Guardian that “I can’t talk to foreign media. Please be understanding. It’s my way of self-protection,” and “my phone is probably tapped and I can’t discuss the case.”

State media, meanwhile, have followed their recitation of accusations against the lawyers by dismissing foreign protests at their treatment. Xinhua warned that “Western media who support of human rights and justice should take better care to ensure they stand on the right side of the line,” while Global Times argued that the U.S. State Department’s claim that the lawyers “lawfully challenge official policies” should “be destroyed through open and fair trials of those detained.”