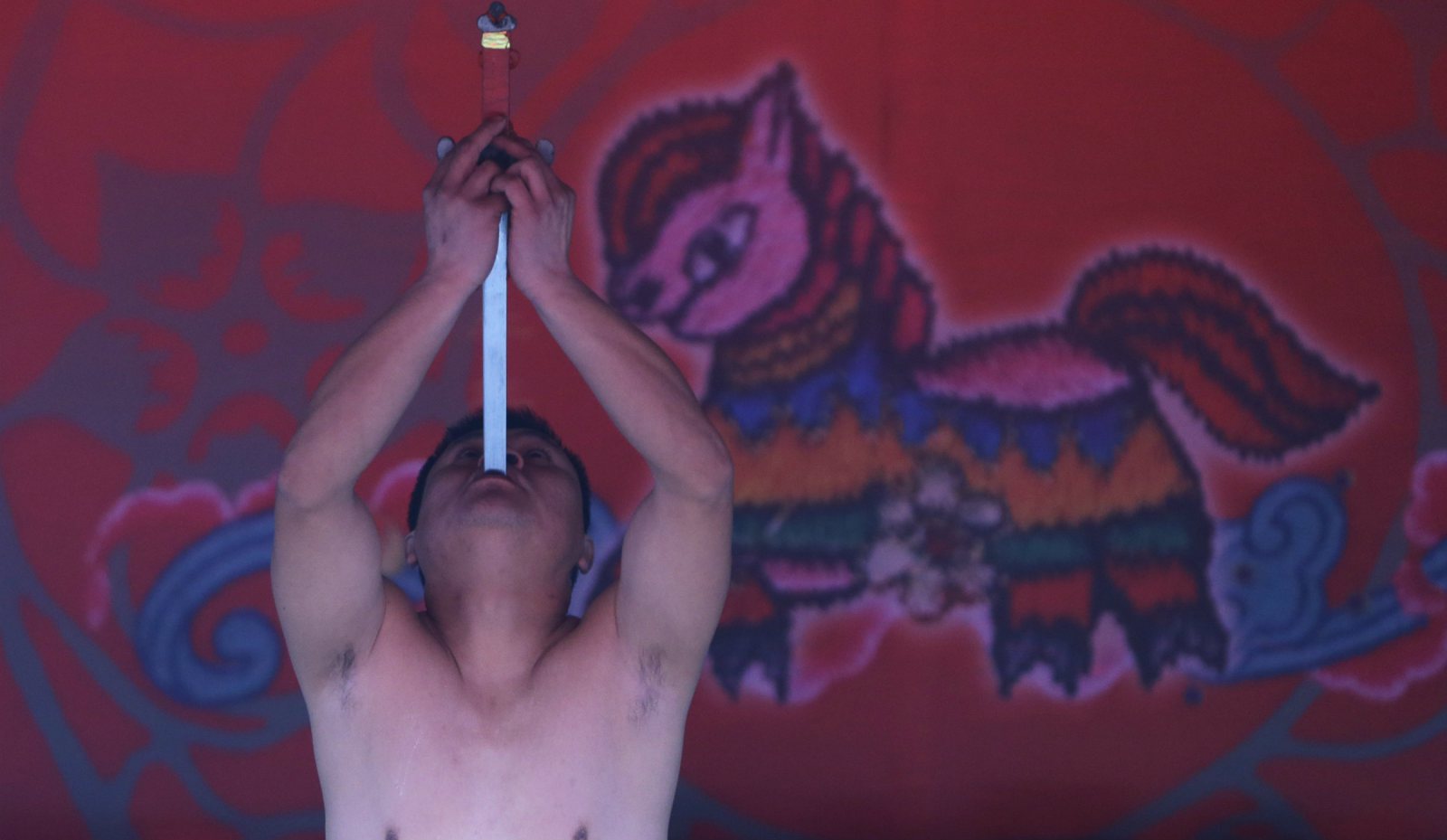 Wang Lin, a renowned qigong guru with ties to prominent Chinese celebrities and politicians, has been detained in Jiangxi on suspicion of involvement in the kidnapping and murder of Zou Yong, a businessman who was also a former disciple of Wang’s. Austin Ramzy at The New York Times reports:

A teacher of qigong, the spiritual practice that involves the cultivation of energy within the body in the belief that it endows a person with special powers, Mr. Wang was reputed to have magical abilities, such as conjuring snakes from the air. He was seen in photographs with celebrities including the actor Jackie Chan and the Alibaba founder Jack Ma, and he was accused of taking money in exchange for using his supposed supernatural powers to cure illnesses and advance officials’ careers.

This week, the allegations against him turned more serious. The police in the eastern province of Jiangxi said that Mr. Wang was detained along with three other men in connection with the kidnapping and death this month of a businessman, Zou Yong, according to reports from the state news agency Xinhua and other Chinese news outlets. Mr. Zou was described as a follower of Mr. Wang and a provincial legislator. His body was found in Poyang Lake, according to The Beijing News. [Source]

Zheping Huang at Quartz reports on Zou’s connection with Wang prior to his death:

Before Zou’s death, he and Wang had a long, complex history.

Zou, who was the Jiangxi province’s deputy to the National People’s Congress, China’s legislative body, paid 5 million yuan ($805,192) to be a disciple of Wang in 2009, according to Xinhua. Then things went sour, though. The two filed several lawsuits against each other over commercial disputes since 2013, Xinhua reported (link in Chinese).

According to the Beijing News, after paying a hefty sum to become Wang’s disciple, and buying him a Rolls-Royce car worth 4.4 million yuan (about $700,000), Zou was not satisfied with what he learned from Wang. Then, they had a commercial dispute over two properties in Shenzhen and Hong Kong. In 2013, Zou told authorities Wang had illegal guns and an unlicensed medical practice. Local police and health authorities failed to convict Wang due to lack of evidence.

According to state-run digital publication The Paper (link in Chinese), Wang promised in a letter dated January 11 2015 that he would pay a reward of 5 million yuan if Zou was arrested and sentenced to death. The publication included an alleged photo of the letter, which included Wang’s Hong Kong ID number, and fingerprint. [Source]

Wang Lin first came under official investigation two years ago when authorities launched a probe into his illegal medical practice, spurring him to flee to Hong Kong to avoid arrest.

Amid Xi Jinping’s ongoing crackdown on Party corruption, there has been a spike in state media’s use of words like “feudal” and “superstitious” to describe investigated officials. Read more about that trend and about fengshui master Cao Yongzheng, aka the “Xinjiang Sage,” to whom imprisoned former national security chief Zhou Yongkang allegedly leaked state secrets, via CDT.