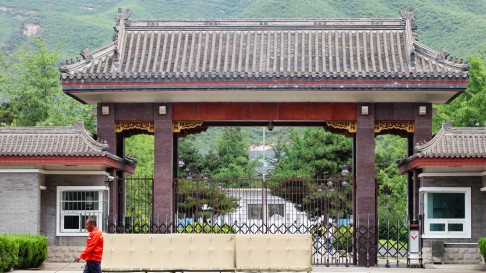 The recent trial of former security chief and Politburo Standing Committee member Zhou Yongkang took place in secret, despite earlier assurances of openness. At South China Morning Post, Jerome Cohen of the New York University School of Law asks why his case was treated so differently from the tightly controlled but relatively transparent prosecution of his protégé Bo Xilai—and why, for that matter, either received a trial at all.

Many expected that, according to law, Zhou’s long-awaited trial for bribery and abuse of authority would be open to the public, with only a charge of leaking state secrets examined privately. Ultimately, however, the entire proceedings took place behind closed doors. The terse announcement of Zhou’s sentence was the first indication that, without the legally required public notice, a brief trial had taken place almost three weeks earlier, on May 22. This surprised even usually knowledgeable senior judges. Presumably, Zhou Qiang , the able party leader who serves as president of the Supreme People’s Court, helped organise the trial, although it contradicted his earlier public assurances that it would be open.

[…] Although it might have been impractical because of their notoriety and would have violated the law, Xi could have used the courts to sentence both political opponents without any public announcement, as is sometimes done with lesser figures. Alternatively, he might have decided to rid himself of both enemies without any judicial process at all. That would have presented him with at least two other options based on party precedent: confine them for life in comfortable party custody without any legal pretext, the way Deng Xiaoping dealt with deposed party general secretary Zhao Ziyang following the Tiananmen massacre of June 4, 1989; or permanently eliminate them through cruel police detention, for example by denying urgently needed medical care, the way Mao Zedong dealt with deposed party general secretary Liu Shaoqi during the Cultural Revolution.

However, formally lawless options did not appeal to Xi, who has made “governance in accordance with law” and anti-corruption trials central themes of his administration’s propaganda while nevertheless practising China’s most ruthless repression in a generation. To enhance the legitimacy of his regime and to promote his continuing anti-corruption campaign, Xi had to be seen to hold a trial for Zhou, but circumstances did not permit even the controlled openness of Bo’s trial. [Source]

Others have proposed that the secrecy of Zhou’s trial was forced by opposition within the Party.

Cohen argued last year that the investigation against Zhou exposed the hollowness of Xi’s rule-of-law rhetoric, but conceded that “important, if limited” improvements might nonetheless appear.

Also at SCMP, Angela Meng describes “the tigers’ cage” in Beijing’s Changping district where Zhou is likely to serve his life sentence in solitary confinement:

From the outside, Qincheng might pass for a secret spa retreat. Tucked in the misty mountainside, its red gates are flanked by low surrounding walls and towering white birch trees.

He Diankui, a former director of the prison’s supervision office who worked at Qincheng for more than 40 years, said prisoners were treated according to rank. He even recalls shark’s fin soup prepared by a chef from the five-star Beijing Hotel being served.

Qincheng’s evolution spans four main periods. Up until the 1960s, old Manchu officials, Japanese prisoners of war, and Kuomintang leaders were held there. During the 1960s and early 1970s, most prisoners were held for being “counter-revolutionaries”. The “Gang of Four” and its alleged associates were imprisoned in Qincheng from the late 1970s to the 1980s.