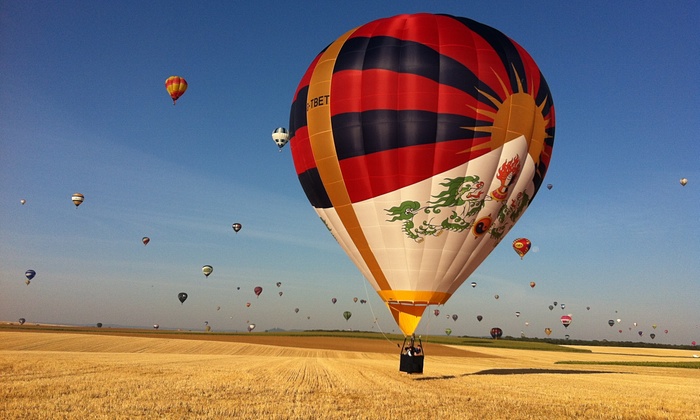 Organisers of the Bristol International Balloon Fiesta, beginning on Thursday, have refused to ban the balloon, which is flying as a symbol of peace and compassion, despite pressure to cancel its participation in the name of Sino-British relations.

[…] The couple were informed by organisers of the European Balloon Festival in Igualada in Catalonia, Spain, that officials, claiming to be from the Chinese consular offices in Barcelona, had contacted organisers to communicate their concern “initially by email, then phone, and then they visited the launch site on the mornings of the flights”, said Dopson.

Though the balloon was in Spain at the time, it had not registered to fly in that event, and did not take part, he said. However, one of the other pilots had a similar name to his, which may have led to the erroneous belief it was due for lift-off.

Last week, the balloon took part in the Lorraine Mondial air balloons festival in Chambley-Bussières, north-east France. Afterwards, the event organiser Philippe Buron-Pilatre revealed: “The [Chinese] consul general of Strasbourg twice came to see me to tell me that French-Chinese relations would be damaged.” [Source]

The balloon was actually in Spain for a blessing ceremony at the Garraf monastery near Barcelona.

China has pushed other countries to deny the Dalai Lama official meetings and visas. The skirmishes over the balloon reflect efforts to stifle even unofficial appearances and public gestures of support. In 2012, embassy officials in the U.K. threatened to pull Chinese athletes out of a pre-Olympic training camp near Leeds because the Dalai Lama was scheduled to appear at a private business conference nearby. Perturbed by a private business’s pro-Tibetan- and Taiwanese-independence mural in Corvallis, Oregon later that year, officials from China’s San Francisco consulate urged the city to “adopt effective measures to stop the activities.” City manager Jim Patterson told the Corvallis Gazette-Times that “we had a conversation with them about the U.S. Constitution.”