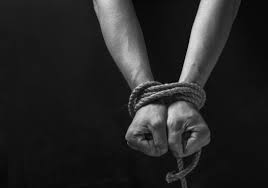 The State Department is under fire for allegedly watering down a global report on human trafficking, despite opposition from the department’s human rights experts. Jason Szep and Matt Spetalnick report for Reuters:

A Reuters examination, based on interviews with more than a dozen sources in Washington and foreign capitals, shows that the government office set up to independently grade global efforts to fight human trafficking was repeatedly overruled by senior American diplomats and pressured into inflating assessments of 14 strategically important countries in this year’s Trafficking in Persons report.

In all, analysts in the Office to Monitor and Combat Trafficking in Persons – or J/TIP, as it’s known within the U.S. government — disagreed with U.S. diplomatic bureaus on ratings for 17 countries, the sources said.

[…] As a result, not only Malaysia, Cuba and China, but countries such as India, Uzbekistan and Mexico, wound up with better grades than the State Department’s human-rights experts wanted to give them, the sources said. (Graphic looking at some of the key decisions here: reut.rs/1gF2Wz5)

[…] China was another source of friction. J/TIP’s analysts called for downgrading China, the world’s second-biggest economy, to Tier 3, criticizing Beijing for failing to follow through on a promise to abolish its “re-education through labor” system and to adequately protect trafficking victims from neighboring countries such as North Korea. The final report put China on Tier 2 Watch List. [Source]

The Reuters report notes that the gentler ratings for some countries, notably Malaysia, “could smooth the way” for the passage of the Trans-Pacific Partnership, which prohibits trade with Tier 3 countries. The full State Department report can be read here.