The third installation in CDT’s series of international Women’s Day protest art focuses on public banners and other artwork. Many of the banners come from college campuses, where some male students have invented a March 7 “Girl’s Day” that fetishizes, teases or insults their female classmates. Two of the banners below are of the “Girl’s Day” genre, and include female students’ rebuttals. There is still rampant gender discrimination on Chinese college campuses, especially in majors that train students for positions in traditionally male-dominated industries, such as civil aviation and police work. Some of the banners wish women professional and academic success. Others focus on social movements, like the “girls help girls” slogan that went viral on Weibo after a young woman named Du Meizhu accused Chinese-Canadian pop star Kris Wu of rape. Another one of the “Girl’s Day” rebuttals draws a straight line between the fetishization of female college students and the trafficking of Xiaohuamei, the subject of the second part of CDT’s International Women’s Day poster series.The artwork synthesizes these disparate yet connected injustices. One piece puts it simply, “We have to speak. We have to act.”

The posters below, archived and translated by CDT editors, were originally compiled by Project Light as a collection of “Stories of Women,” before being swiftly censored online: 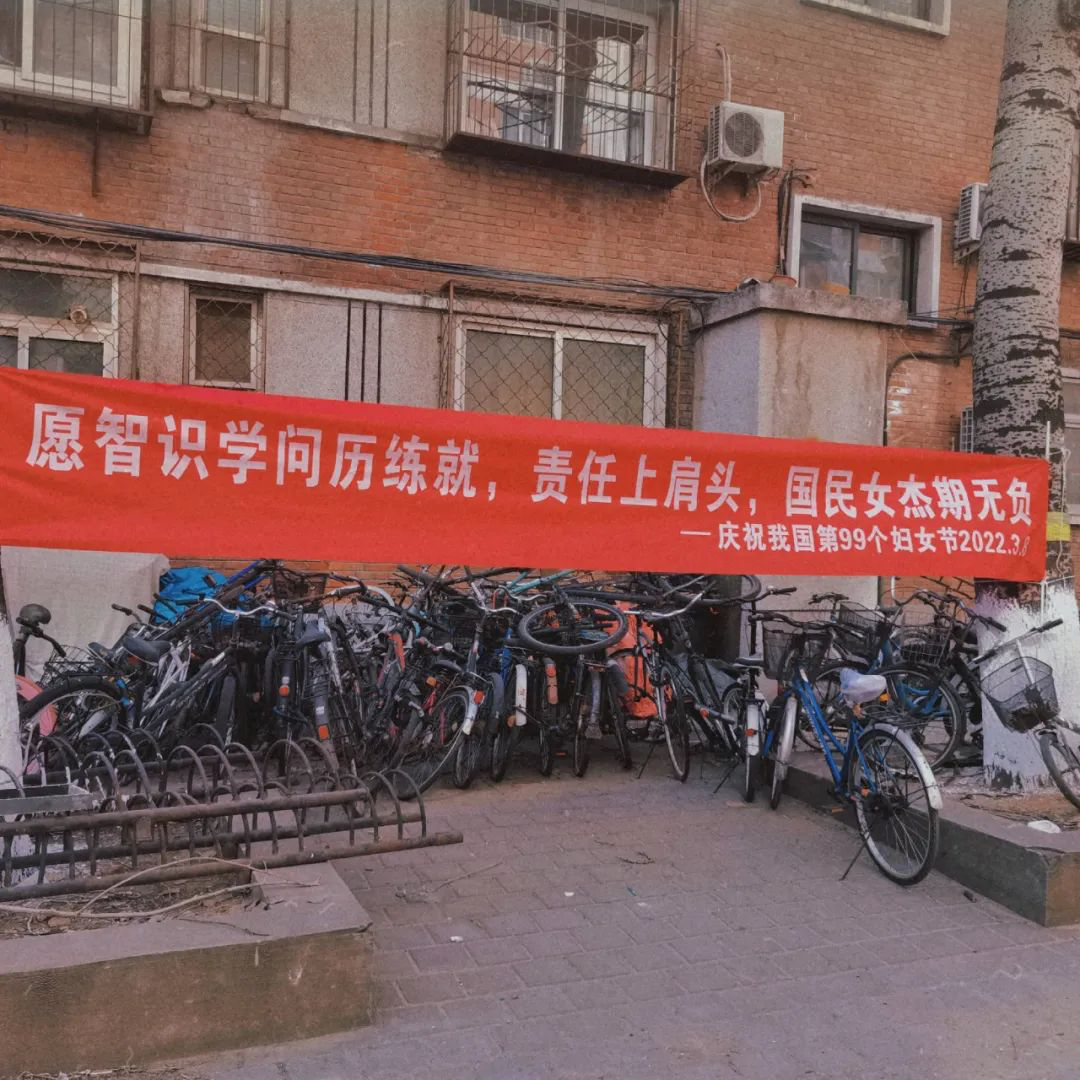 Banner: “We wish you well in your academic endeavors, the responsibility you will shoulder, and the success that you, our national heroines, will achieve.
In celebration of our nation’s 99th Women’s Day, March 8, 2022” 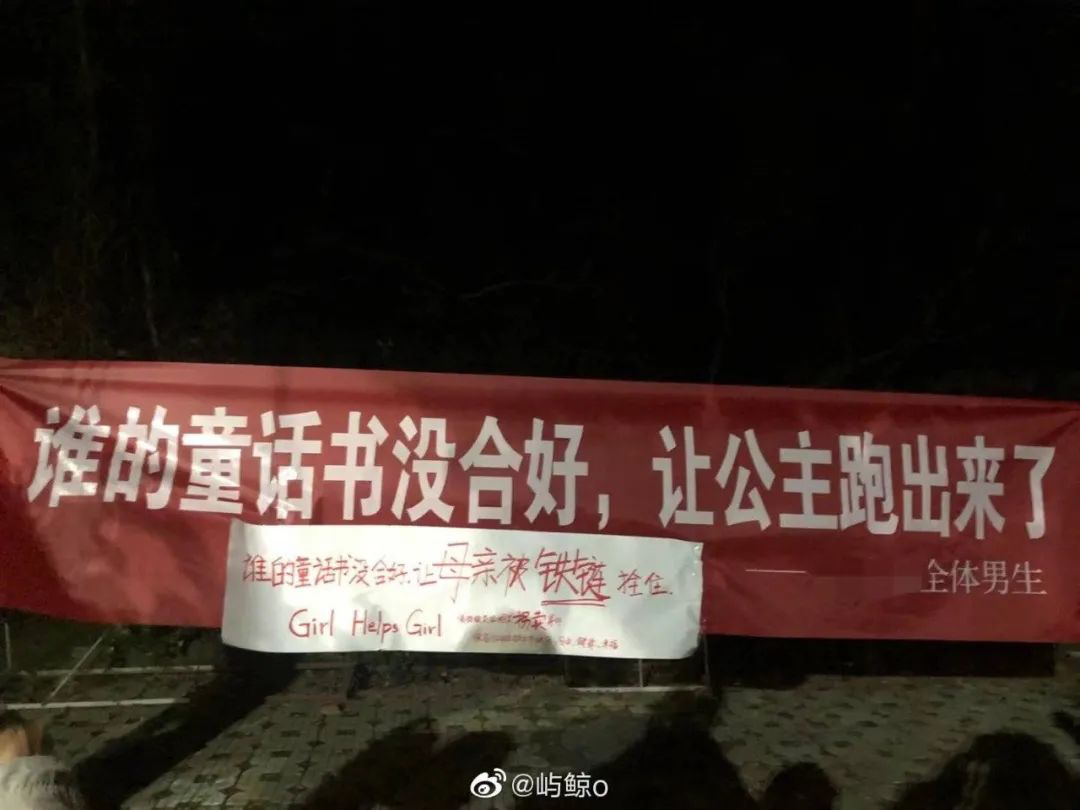 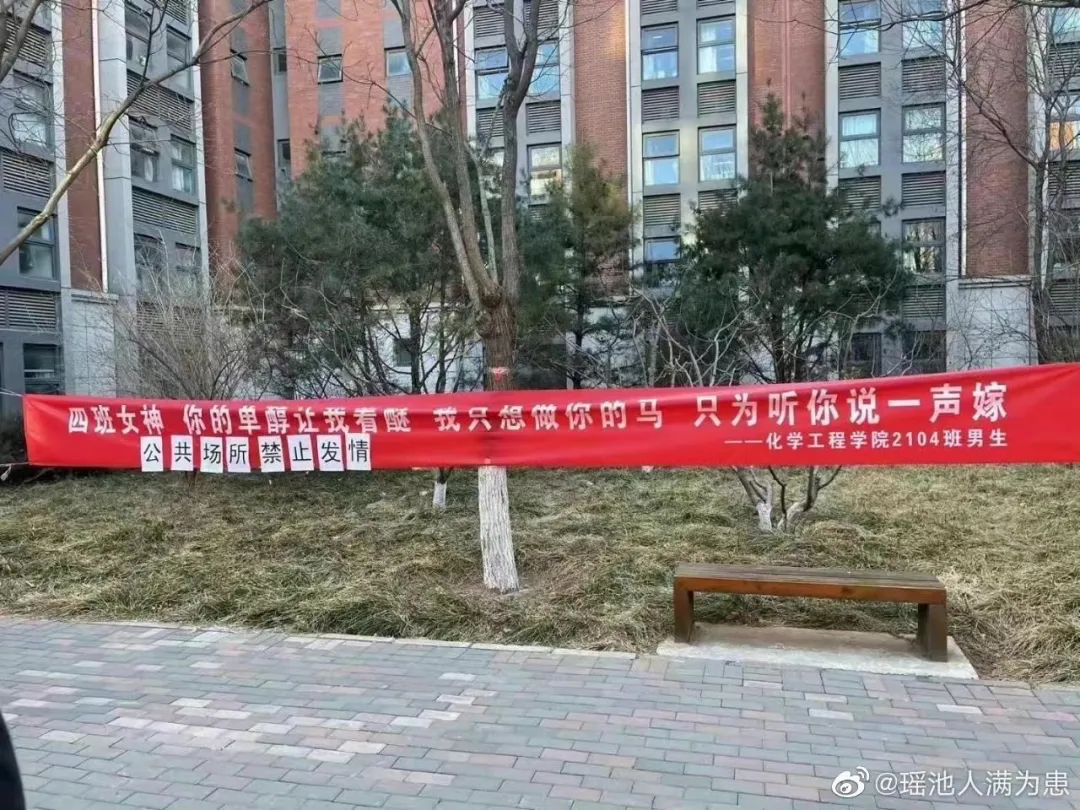 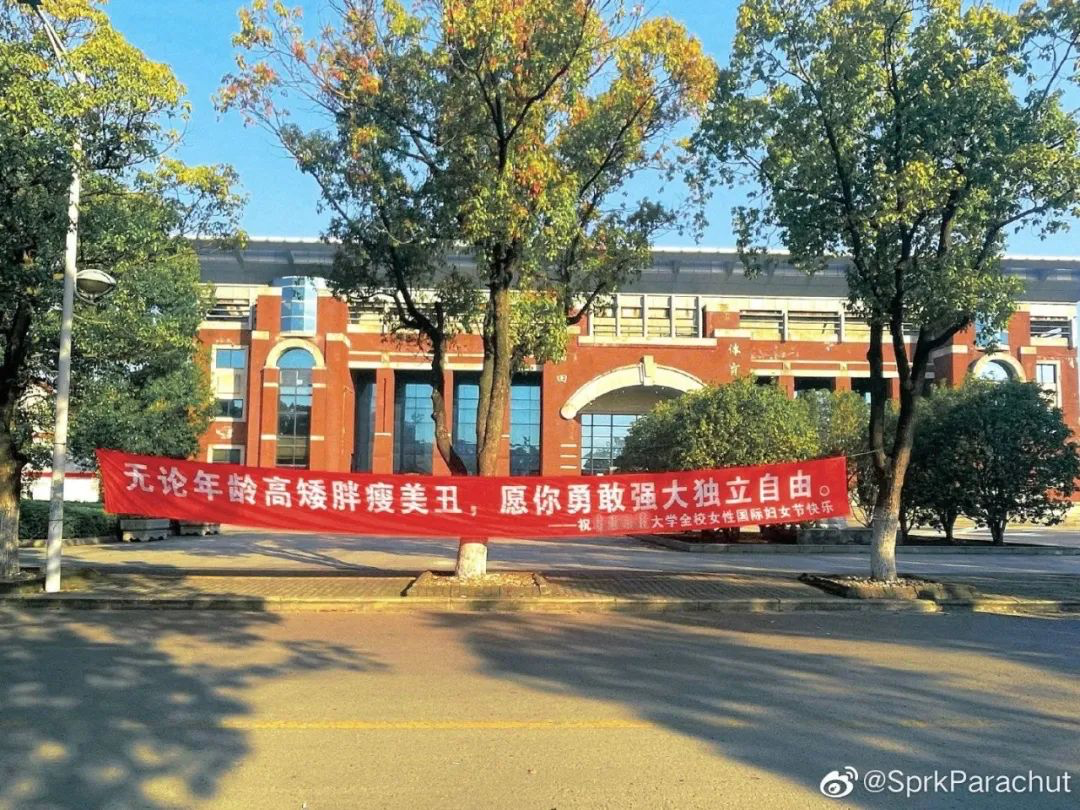 “No matter what your age, height, weight, or looks, I hope that you are brave, powerful, independent, and free. —Wishing all the women at ** University a Happy International Women’s Day” 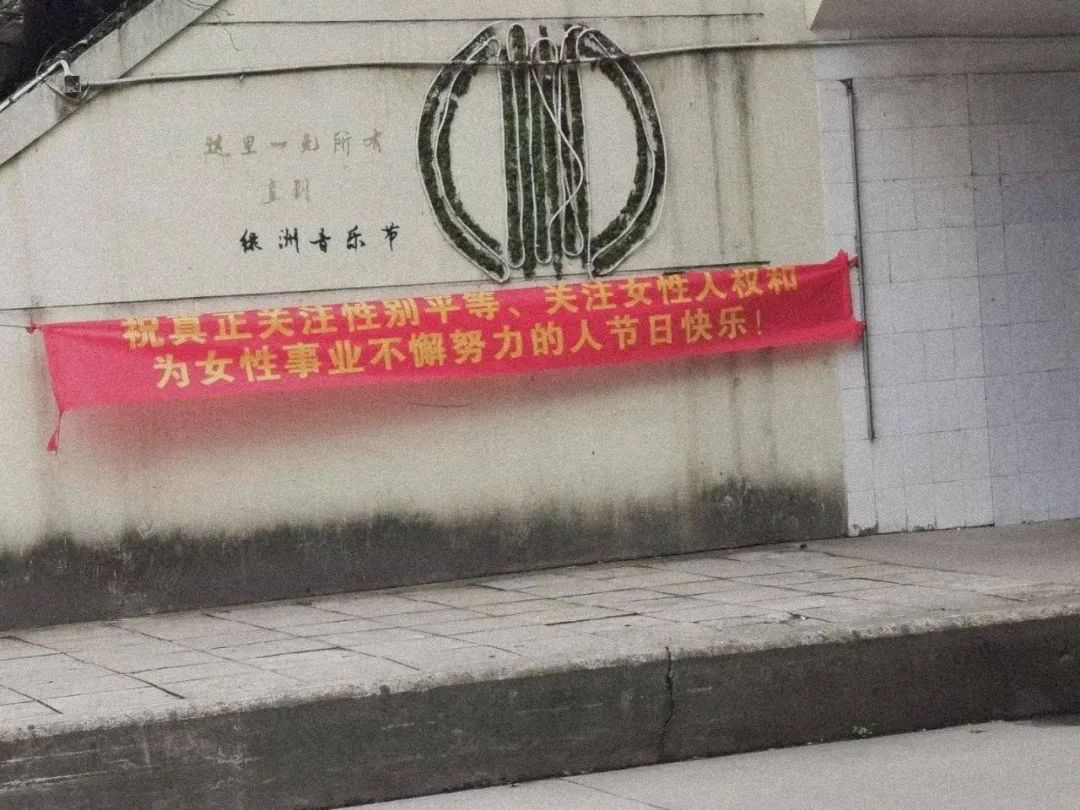 Red banner with yellow text: “Wishing a happy holiday to all those who truly care about gender equality and women’s rights, and who ceaselessly struggle for women’s causes!”
Faded writing + graffiti on the wall: “Nothing to see here until the Desert Oasis Music Festival.” 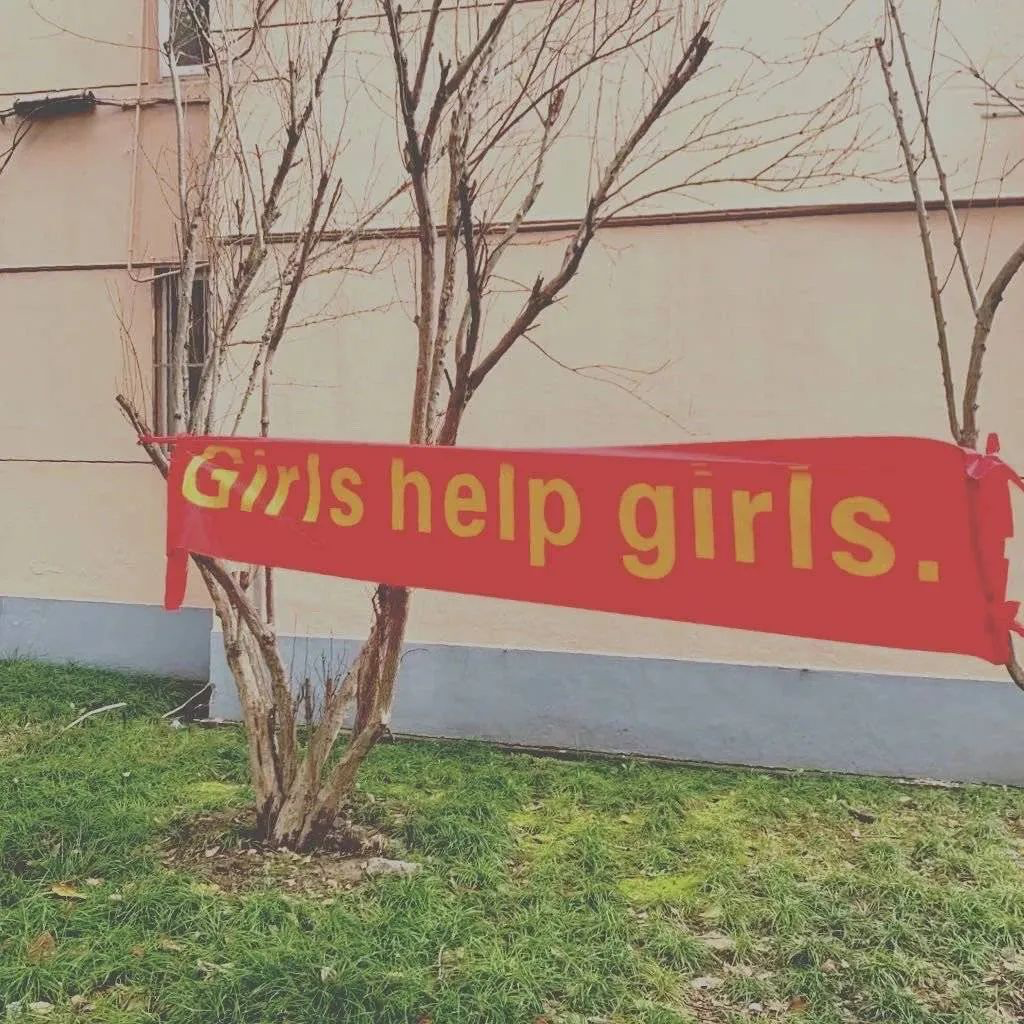 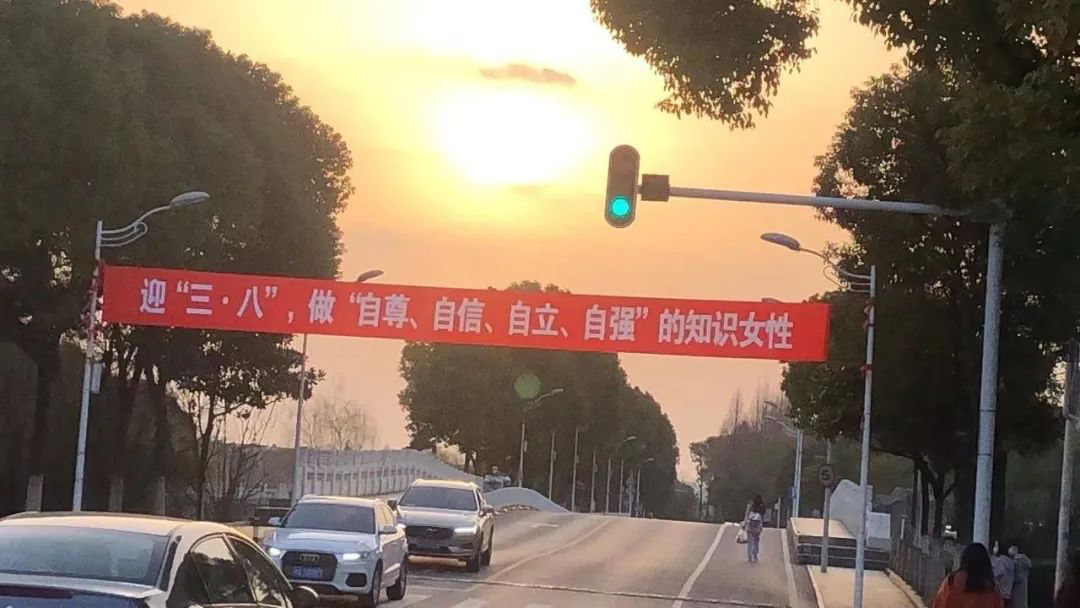 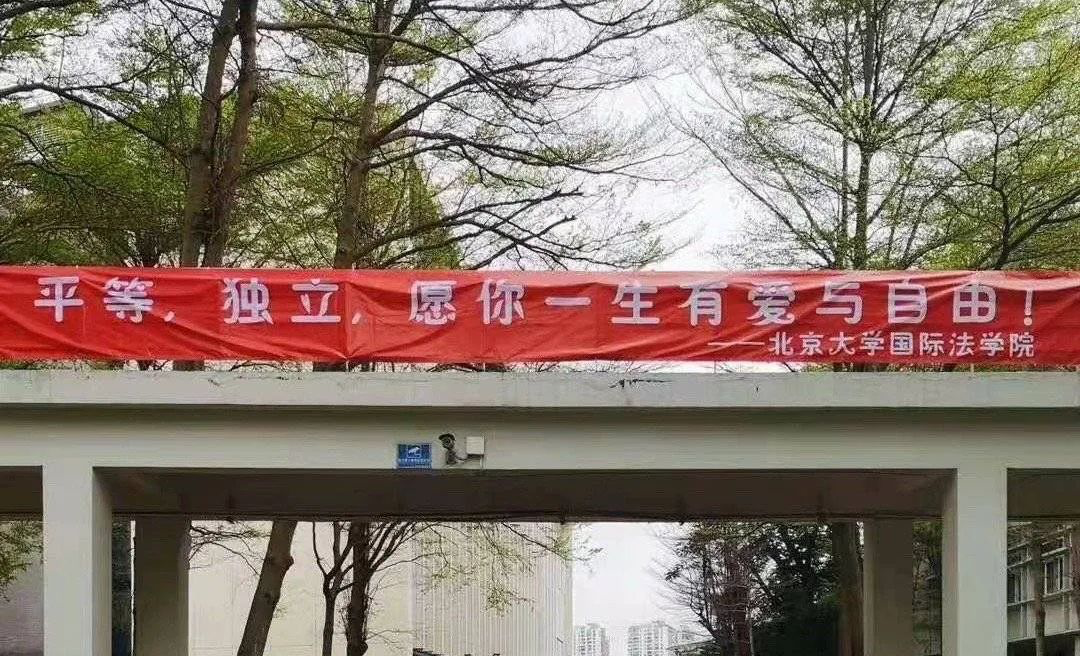 Banner: “Equality & Independence. Wishing you a lifetime of love and freedom. —Peking University School of Transnational Law” [located in Shenzhen] 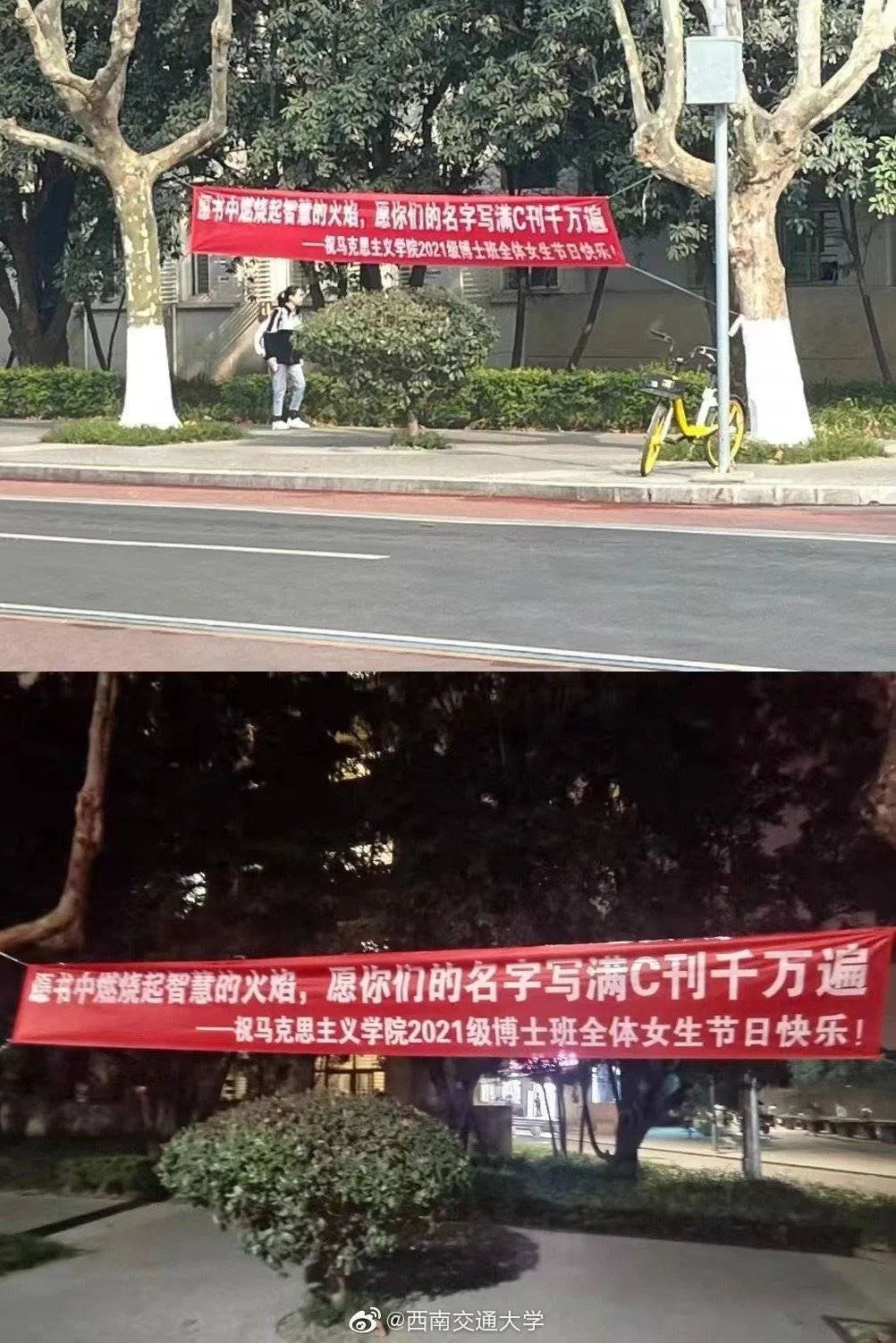 Banner: “May your books ignite the flames of wisdom, and may prestigious journals be filled with copious mentions of your names! —Wishing a Happy Girls’ Day to all of the female doctoral candidates in the 2021 Class at the School of Marxism.”
Icon at bottom of photo: @Southwest Jiaotong University [Chengdu, Sichuan Province] 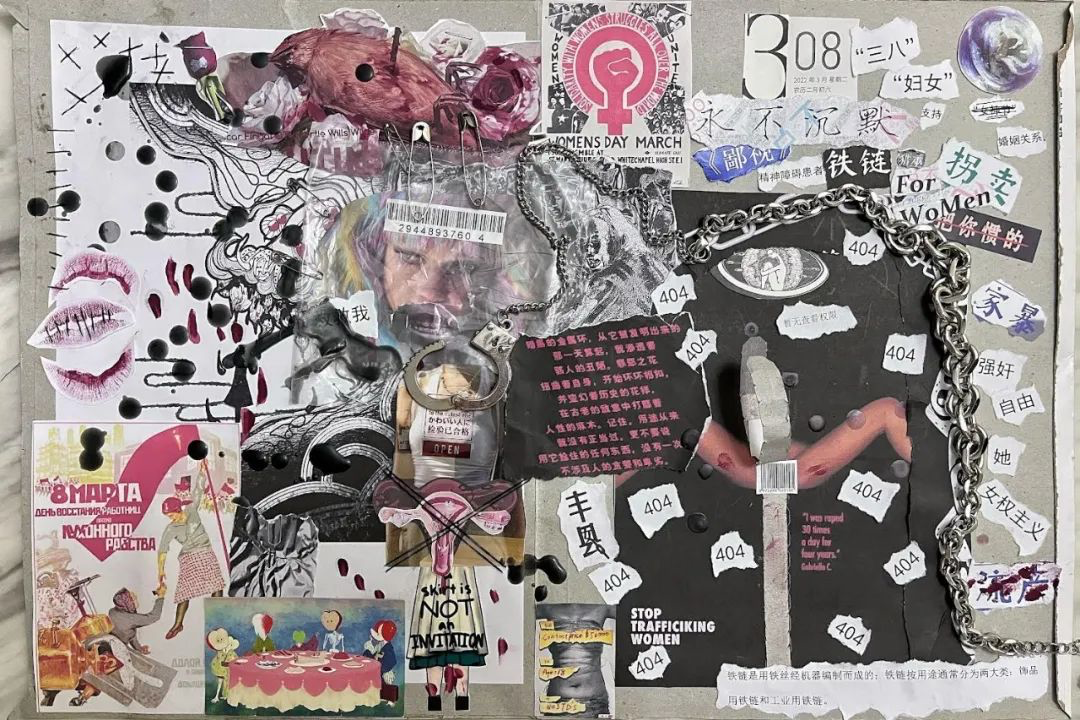 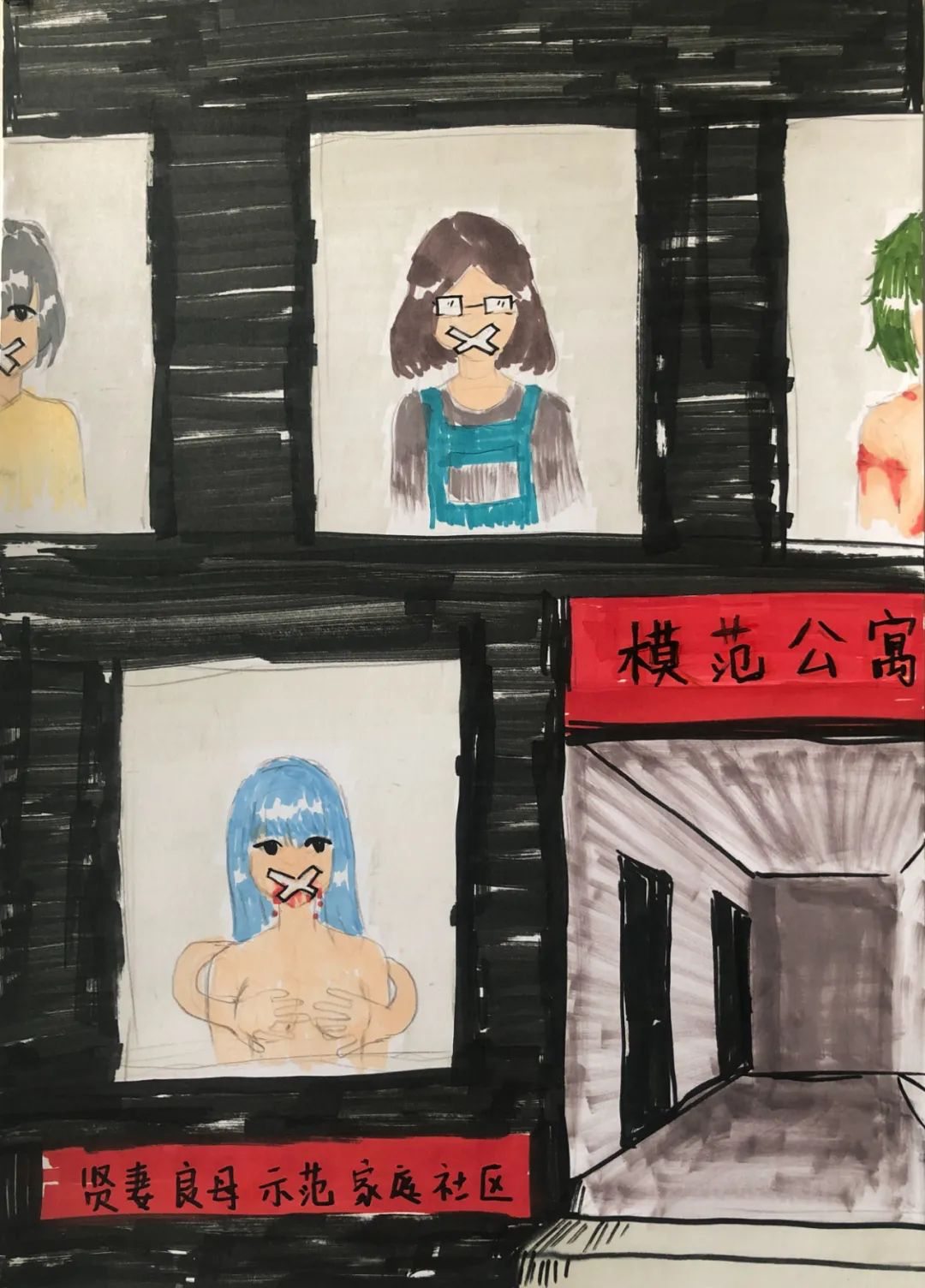 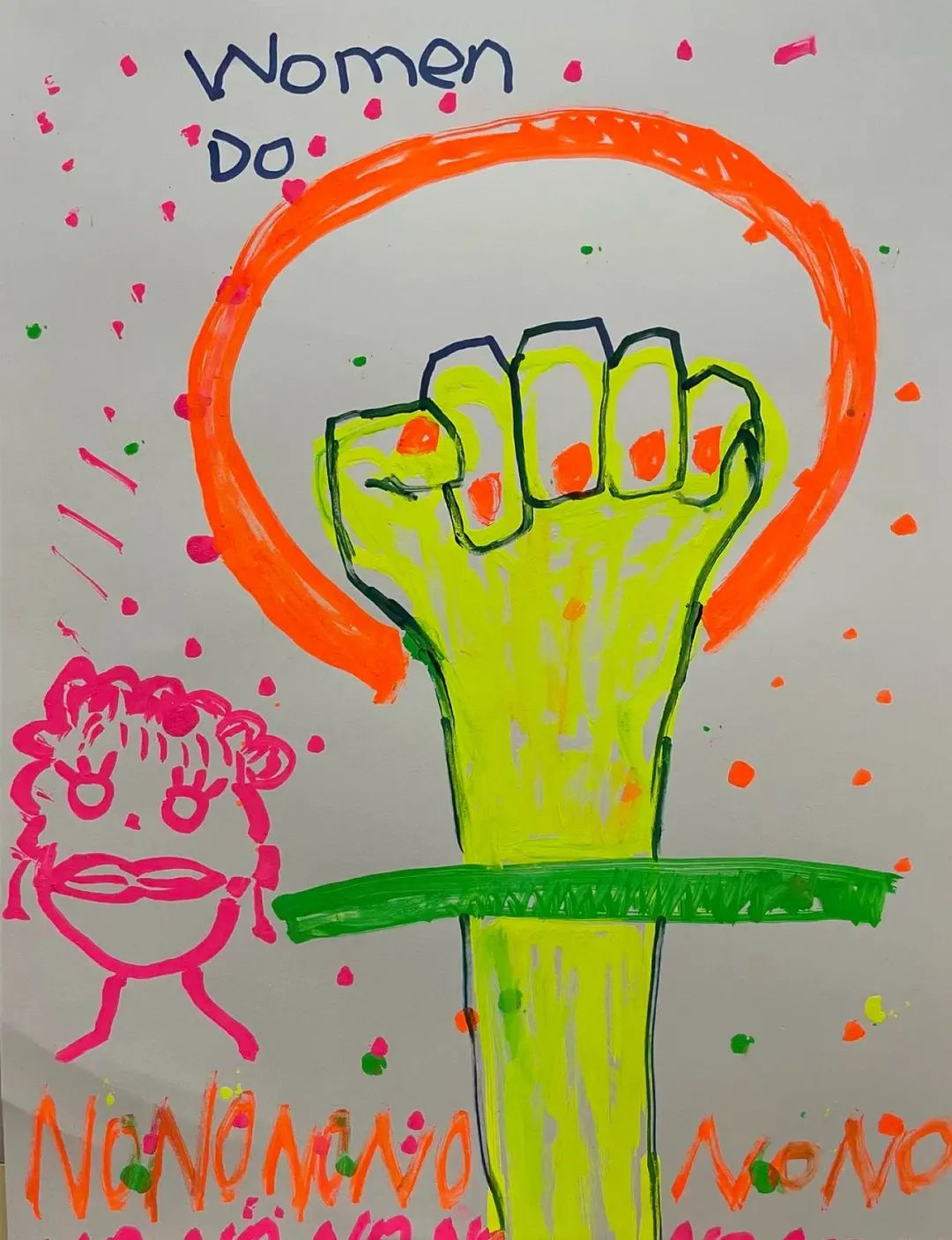 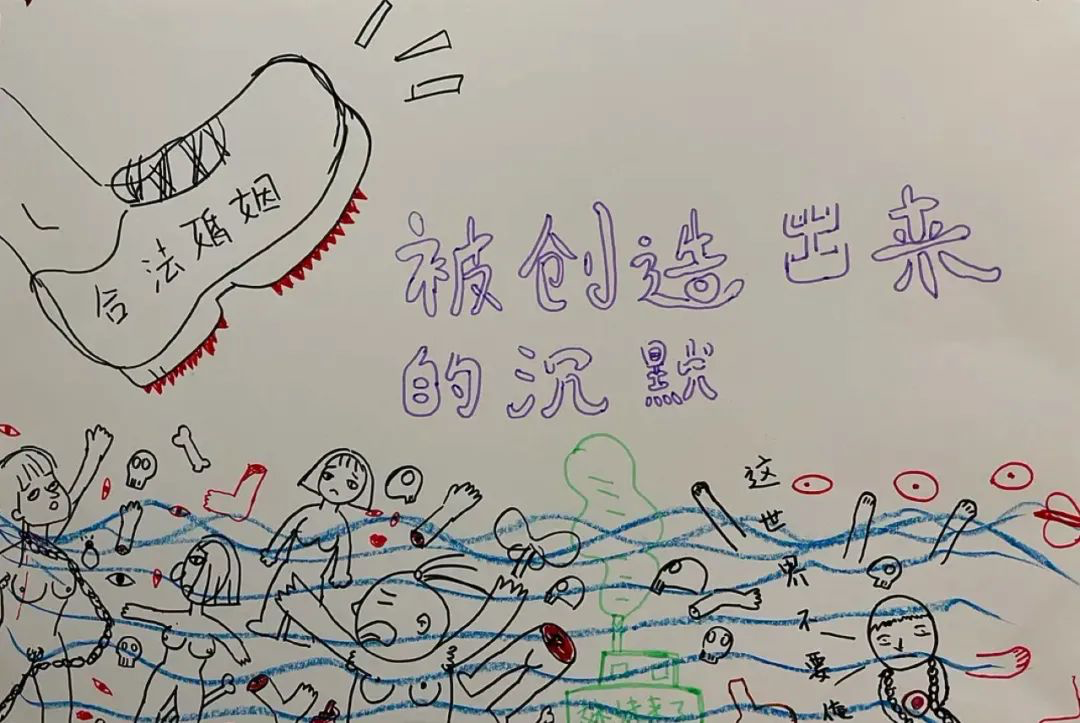 On shoe, top left: “Legal Marriage”
Center: “An imposed silence”
Green boat, at bottom: “Your sisters are here for you!”
Bottom right: “This world doesn’t want me.” [words uttered by Xiaohuamei in a video] 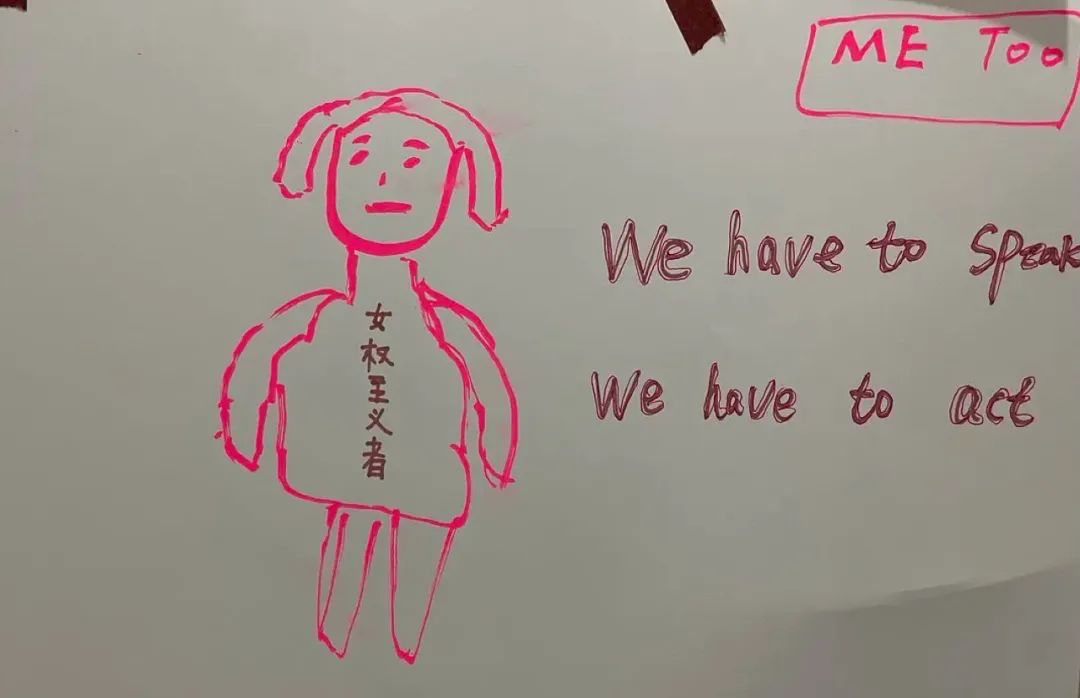 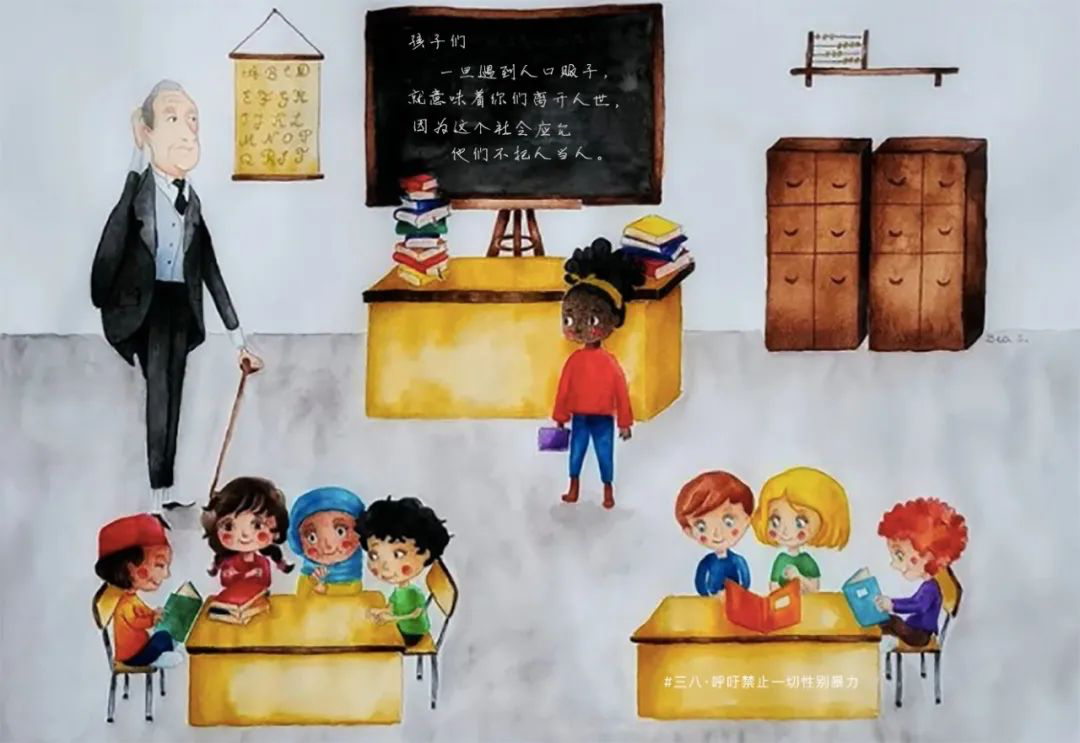 Chalk message on blackboard: “​​Children, once you meet a human trafficker, it means you are gone from this world, because our society allows them to treat people as less than human.”
On desk, bottom right: #March8CallForAnEndToAllFormsOfGender-BasedViolence 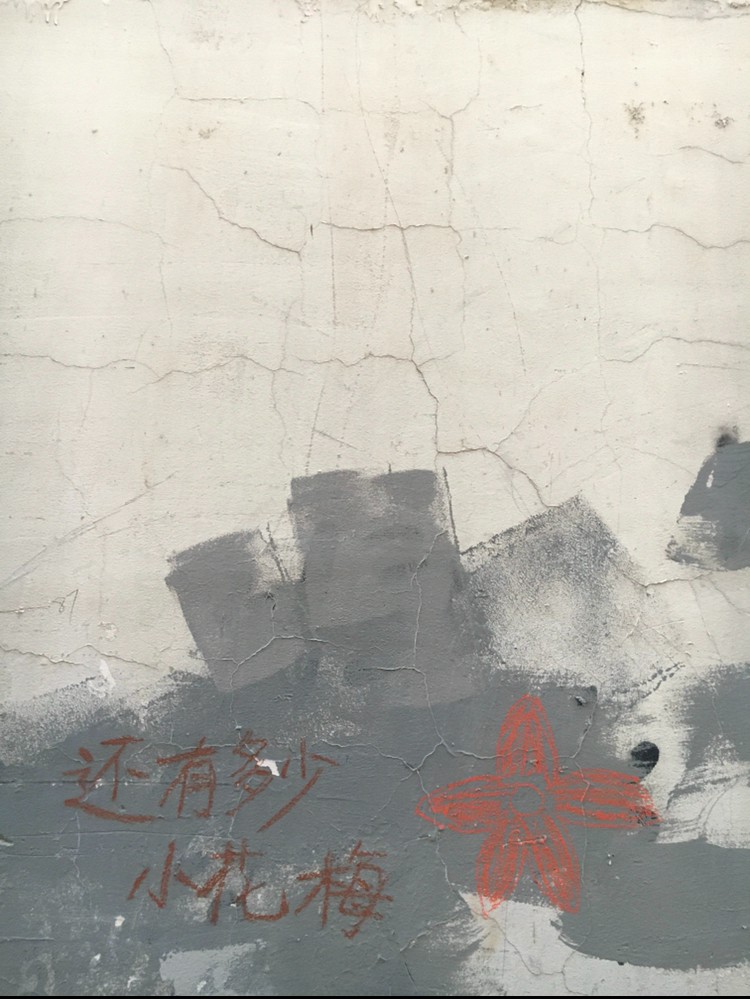 The plum blossom, gray paint, and message “How many more Xiaohuameis are there?” evoke the mural of Xiaohuamei that was created by two artists in Tianjin, and later covered with gray paint by local authorities. 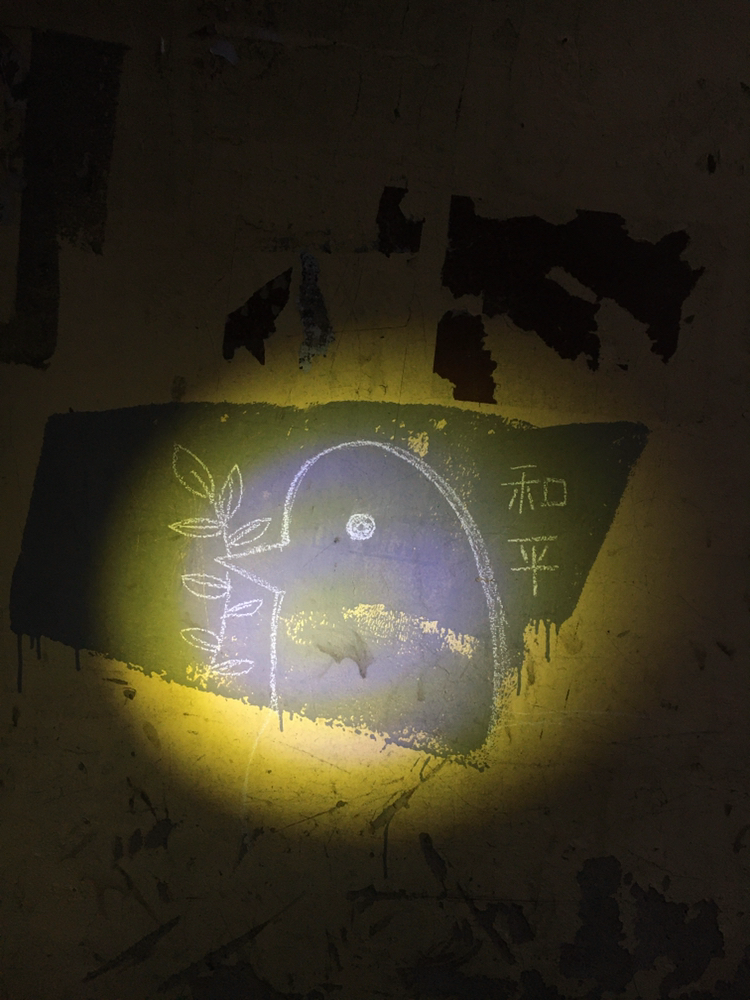