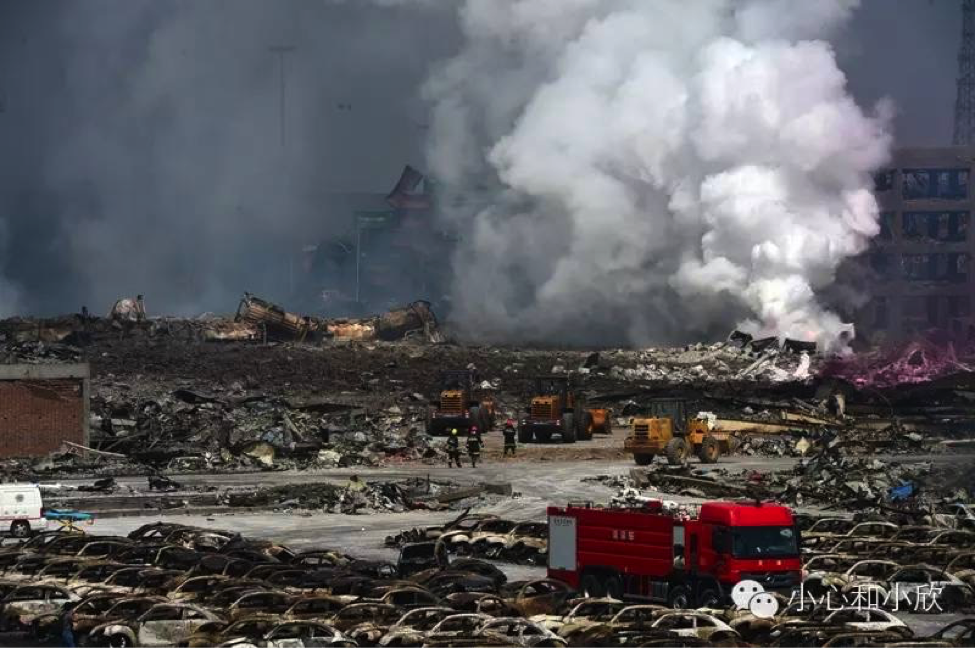 Following the series of blasts that killed more than 150 near Tianjin’s port on August 12, the South China Morning Post’s Jun Mai reports on government neglect and pressure to accept compensation deals felt by residents whose homes were destroyed in the devastation:

The Binhai New Area government said last Friday that owners of more than 9,000 damaged homes, out of a total of roughly 10,000 – had signed compensation agreements. But owners who spoke to the South China Morning Post said the official figure was flawed.

“A lot of them signed the agreements after being pressured by their supervisors at state-owned enterprises,” said an owner surnamed Yan, who lives in the Qihang Jiayuan residential compound. “They were threatened with their jobs.”

[…] The government of Binhai New Area offered what it claimed was 1.3 times the average house price by square metre before the explosion, while stopping short of stating exactly what they considered the average price to be, said owners who had seen the agreements. A number of owners refused to sign, citing uncertainties about the agreements.

[…] Hundreds of desperate homeowners, most of whom spent much of their savings on their properties and were still paying mortgages, have demonstrated many times, demanding the government buys back their damaged homes. […] [Source]

At Tea Leaf Nation, David Wertime translates a recently censored Weibo post from a Binhai resident and homeowner who sustained serious personal injury and property damage in the blasts. After recounting her horrifying and painful experience in the immediate aftermath of the explosions, she describes continuing frustration with authorities over compensation:

[…] Then there’s the question of compensation. I can’t count how many times we victims have been insulted over this. It’s said we lack perspective, that we’re profiting from calamity. Let’s just look at those who survived among residents of my building complex. How long did they have to save to buy those homes? Especially those young people who scrimped and saved to buy their first home as a married couple? And when we bought in 2012, we had no understanding of warehouses storing dangerous chemicals nearby — that warehouse didn’t even exist then. After the blast, the chemicals haven’t been cleaned up, and the powers that be seem more interested in hushing everyone up. The contracts [they offered us] are full of holes and confusingly worded. They have offered to buy back the properties at 1.3 times [which likely refers to a multiple of either the home’s purchase price or its market value -Ed.]. Forget for a second that the number is unreasonable; the contracts don’t say when the payment will be made, how much time we have to vacate, or to what level we should repair the homes. They aren’t even 15 clauses in the whole document; how are we supposed to sign this? How dare we sign this?

The 1.3 multiple looks great, but it’s not enough money to buy another home nearby. It’s said prices in the area haven’t gone up after the explosion, but over the days that my mother and father looked at homes, the price of apartments in the area were going up. Not even a 1.5 multiple would allow us to buy a home comparable in quality.

Yet news reports say that over 70 percent of residents have signed the contract. That’s true. So did my family. How did we sign it? After a month of silence, during the military parade ceremony [in Beijing, which commanded much of Chinese media attention], leaders from some bureau came to the hospital to talk. After an hour of “chatting,” my parents signed. Hmph. How many other public sector workers signed, I don’t know.

Amid the sweeping censorship directives that followed the Tianjin blasts, a post describing the difficulty that affected Binhai residents were having securing legal representation was also deleted from Weibo.