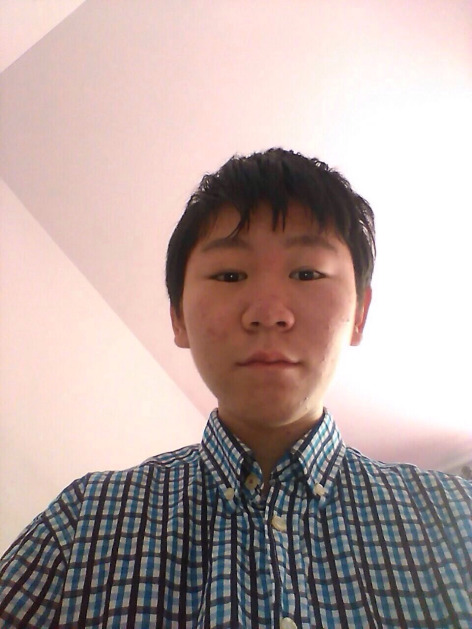 On October 9, 16-year-old Bao Zhuoxuan, son of rights lawyer Wang Yu and legal activist Bao Longjun, was detained from a guesthouse in a Burmese border town while waiting with two adult guardians en route to the U.S. Fairfax Media’s Philip Wen reports on a thwarted attempt to talk with the teenager in Inner Mongolia, where he is being held under house arrest at his grandparents’ home. From the Sydney Morning Herald:

“I’m giving you good advice – you are in danger,” Tong Yanchun told me through the closed door. “We are being monitored.”

[…] The 16-year-old remonstrated with his grandmother as she refused to open the door. But she was adamant.

[…] His mobile phone, he started to explain, had been confiscated by local police. It was at this point that his grandmother began pounding frantically on the door to drown out his voice, urging us to leave “for your own good”.

Four plainclothes policemen soon arrived. Despite producing press credentials and identification, this reporter, Fairfax Media’s photographer and a third journalist from a Japanese publication were told we needed to go with them to verify our identities. All but one of the police refused to show identification or provide their names when asked.

At the local public security bureau, while asking basic questions about who we were, who we worked for and what we planned to report while in Ulanhot, the officers largely refused to answer questions about Zhuoxuan’s welfare – and when they did, they provided conflicting accounts. […] [Source]

After a lengthy wait at the PSB, Wen and his crew were escorted by police to the airport to board their outbound flights.

Philip Wen earlier reported that Bao Zhuoxuan and his father Bao Longjun were prevented from boarding a July 9 flight to Australia, where the younger Bao was planning to study. Bao Zhuoxuan had his passport confiscated (the Myanmar town of Mong La, where the boy was most recently detained, does not require travel documents for entry from China), and after being held for two days at a hotel in Tianjin was escorted to his grandparents’ house. Bao Longjun has since been held incommunicado at an undisclosed location. Mother Wang Yu was among the first of hundreds to be detained in the July “Black Friday” crackdown on rights activists and lawyers, and likewise remains in detention.

At China Change, journalist Zhou Sile wrote that authorities could be holding the teenager “as a hostage to ‘negotiate'” with his parents. In a report for The Washington Post describing how the 16-year-old found himself caught up in a human rights crackdown, Emily Rauhala also sees the boy as “collateral damage” in Beijing’s crackdown on human rights advocacy:

[…] Bao Zhuoxuan — a child — finds himself caught up in China’s latest rights crackdown, collateral damage, it seems, in the government’s pursuit of his parents, the human rights lawyer Wang Yu and Bao Longjun, his activist dad.

[…] The boy’s attempt to flee China and his still-mysterious return to Chinese soil — who sent him back and how? — are just the latest twists in a months-long ordeal that underlines the risks facing the children and other family members of Chinese activists.

[…] In an interview with Hong Kong’s Stand News published on Aug. 11, Bao said local officials told him he was not allowed to hire a lawyer, contact his parents’ friends or foreign groups, or study overseas.

When he objected, he said, he was told the measures were “for his own good.” Asked how he was doing, he reportedly said, “I’m suffering, but not afraid.” […] [Source]

At Radio Free Asia, Qiao Long demystifies Bao’s forced return to China by citing anonymous sources who claim that Chinese police relied on the cooperation of ethnic rebels in Myanmar in detaining the 16-year-old and his two guardians:

Fellow activists Tang Zhishun and Xing Qingxian were detained at the same time, reportedly by police who showed Burmese IDs, but all records of the arrests were then deleted from official files and surveillance footage, a close friend of Wang Yu’s said.

“During the process of detaining the three Chinese citizens, the head of the Mongla political and legal affairs committee of the Myanmar government, whose surname is Liu, accompanied police officers from the Inner Mongolia region [of China] and from Xishuangbanna [in China’s neighboring Yunnan province] in the operation,” the friend, who asked to remain anonymous, said.

“They even deleted all record of the arrest from their files, at the request of the Chinese side,” the friend said. “People in Myanmar police uniforms went to the Huadu Guesthouse [in Mongla] and deleted all of the video [of the operation] from their surveillance cameras.”

“Sources on the ground have told us that this operation was carried out with the consent of [local army commander] Lin Mingxian, who is in effective control in the region.” [Source]

A public call on the government to end harassment of Bao and ensure his safety has been signed by 81 Chinese lawyers.