Ren Zhiqiang: A New Regime, Not a New Country 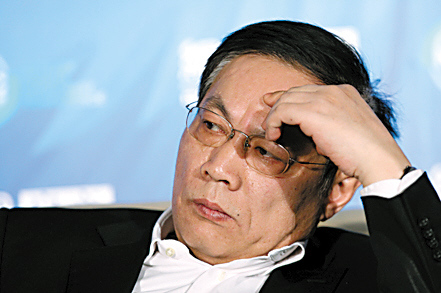 To mark China’s National Day holiday and the 66th anniversary of the founding of a “new China,” real estate mogul and social commentator Ren Zhiqiang wrote an essay questioning whether October 1 marked the birth of a “new country,” or simply a “new regime.” ChinaChange translates:

Even till today, many people living in mainland China still harbor a misunderstanding that October 1 was the birth of a new country. They think that the homeland just had its 66th birthday. But this ancient nation of China has a history of thousands of years. All the changes of dynasty in this country are merely the changes in rulers (or changes in governments who say they represent China’s sovereignty)—they’re not changes of the actual nation.

China is still that nation with a history of thousands of years of traditional culture. Every change in ruler is just a part of the nation’s history—it’s the continuation of history, not a new start.

If you think this is a country with just 66 years of history, then how could there be a 70th anniversary celebration of the war of resistance against Japan? How could there be the successive dynasties of rulers and the teachings of Confucius and Mencius?

Read more by and about Ren Zhiqiang, via CDT.