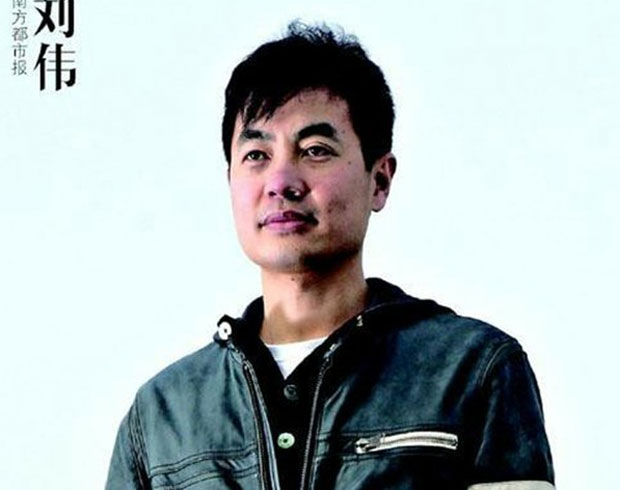 Southern Metropolis Daily journalist Liu Wei was detained on October 8 by authorities from the eastern province of Jiangxi on suspicion of “obtaining state secrets.” Liu had previously exposed renowned qigong master Wang Lin’s involvement in the murder of a businessman, and drawn attention to his corrupt ties with prominent public figures. Keira Lu Huang at South China Morning Post reports:

Liu, 37, deputy director of the Guangdong-based Southern Metropolis News, was detained by police in the city of Pingxiang, in Jiangxi province, on October 8, his newspaper confirmed on Friday night. He reportedly “disappeared” at Chengdu airport, in Sichuan province.

His newspaper said on Friday that it had contacted Jiangxi police on October 9 to insist Liu had always carried out his normal duties, but a request for him to be bailed was refused.

[…] Most reports of Liu’s detention were quickly censored on digital platforms on Friday, but only after many journalists had shared the news on social media.

Liu’s articles, revealing the links between controversial self proclaimed qigong master Wang Lin and celebrities, business people and party cadres, are believed to have led to his detention. [Source]

The Committee to Protect Journalists has called for Liu to be “released and all criminal allegations against him dropped immediately.” Liu’s detention has sparked fears that a widespread campaign against journalists, similar to the recent “Black Friday” crackdown on lawyers, might be underway. China currently ranks 175th in the world in Reporters Without Borders’ World Press Freedom Index.

In another South China Morning Post article, Keira Lu Huang reports that China’s Ministry of Public Security will be taking over Liu’s case from the Jiangxi police:

China’s Ministry of Public Security is to take over an investigation into a journalist whose articles exposed a controversial qigong master’s unlawful acts, according to state media.

[…] In a news briefing on Sunday night, Xinhua said the ministry would take over the investigation into Liu, although it made no mention of Liu’s detention being related to state secrets.

The handover was believed to be aimed at avoiding a conflict of interest for Jiangxi police as a local police officer was reportedly linked to the case. [Source]

Meanwhile, the appeal by 71-year-old journalist Gao Yu, who was detained last year and sentenced to seven years in prison this April on charges of leaking state secrets to foreign media, has been postponed for the third time. Gao currently suffers from high blood pressure, heart pain, and other diseases. Miao Tian at Deutsche Welle reports:

The appeal of imprisoned Chinese journalist and DW correspondent Gao Yu has been postponed once agin – this time for three months, according to her lawyers. Meanwhile, Gao’s health continues to deteriorate.

The news came as a surprise to Gao Yu. On Tuesday, October 13, she was told by her lawyer, Shang Baojun, that her appeal had been adjourned for the third time. Gao signaled she would not accept the decision, Shang told DW, citing the imprisoned journalist as saying: “Are they planning to keep me in jail until I die?”

The 71-year-old DW correspondent has been suffering from heart problems for many years. A week ago she was feeling particularly ill, Shang said after his meeting with the critic of the Chinese government. Although she was given medication, the frequency of her cardiac problems has increased, according to Shang. Gao was hoping for further medical examinations. [Source]