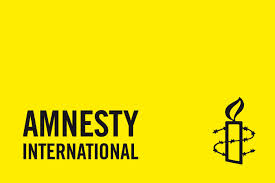 With China’s record of using pretrial torture to force confessions currently under examination by the United Nations’ Committee Against Torture (a formal dialogue of the review will be held on November 17-18 and streamed live), Amnesty International has released a report on the continued abuse of political detainees and targeting of rights lawyers who attempt to investigate such cases. A press release from Amnesty summarizes the 54-page report, which is based on interviews with 37 lawyers practicing throughout China:

The report, No End in Sight, documents how criminal justice reforms hailed as human rights advances by the Chinese government have in reality done little to change the deep-rooted practice of torturing suspects to extract forced confessions. Attempts by defence lawyers to raise or investigate torture claims continue to be systematically thwarted by police, prosecutors and the courts.

“In a system where even lawyers can end up being tortured by the police, what hope can ordinary defendants have?” said Patrick Poon, China Researcher at Amnesty International.

[…] The report documents torture and ill-treatment in pre-trial detention, including beatings by police or by other detainees with the officers’ knowledge or upon their orders. Tools of torture described include iron restraint chairs, tiger benches – in which individuals’ legs are tightly bound to a bench, with bricks gradually added under the victim’s feet, forcing the legs backwards – as well as long periods of sleep deprivation and the denial of sufficient food and water.

[…] The report shows that over the past two years the authorities have made increasing use of a new form of incommunicado detention called “residential surveillance in a designated location”, that was formalized in law in 2013 when revisions to China’s Criminal Procedure Law took effect.

Under this system, people suspected of terrorism, major bribery or state security offences can be held outside the formal detention system at an undisclosed location for up to six months, with no contact with the outside world, leaving the detainee at grave risk of torture and other ill-treatment.

Twelve lawyers and activists caught up in the ongoing crackdown against human rights and legal activists are currently being held in “residential surveillance in a designated location” on state security charges. Amnesty International considers all of them to be at serious risk of torture and ill-treatment and has called for the Chinese government to release them and drop all charges against them. […] [Source]

Read more about the ongoing crackdown on human rights and legal activists, via CDT.

The U.N. hearing will analyze government claims that criminal justice reforms since 2009 have helped eradicate the use of police torture and nullify evidence extracted by such means. For The Guardian, Tom Phillips highlights the most shocking accounts described in the report, and quotes Amnesty’s Patrick Poon who claims that despite reforms, torture remains routine:

Poon said the Chinese government had taken some steps over the past five years to tackle the problem of torture. In 2012 Beijing vowed to “enforce preventive and remedial measures to prevent extortion of confession by torture and collecting evidence through illegal methods”. Xinhua, China’s official news agency, has reported on plans to introduce real-time monitoring and control management of interrogation sessions using audio and video equipment.

However, Amnesty said such reforms had “in reality done little to change the deep-rooted practice of torturing suspects to extract forced confessions”. Chinese law outlawed only certain acts of torture and did not cover acts of mental torture, the group said. Lawyers trying to investigate or seek redress for such cases were “systematically thwarted by police, prosecutors and the courts”.

Human rights activists believe the situation has deteriorated since President Xi Jinping took control of the Communist party three years ago. Xi, who some describe as China’s most authoritarian ruler since Mao, has tasked the country’s security apparatus with dismantling any potential source of opposition to the party. [Source]

In May, Human Rights Watch also released a report on torture and forced confessions in China (via CDT). This week, HRW accused China of omitting information for the U.N. torture review and retaliating against activists who have attempted to participate, and called on Beijing to cooperate in Geneva next week by enacting substantive measures to curb torture:

Human Rights Watch calls on the Chinese government to commit at the review to enacting fundamental reforms that could enable defense lawyers, the judiciary, and independent monitors to play their proper role in countering torture. The government should:

Chinese Human Rights Defenders and a coalition of Chinese NGOs has also compiled a report on China’s failure to prevent torture, along with an extensive list of recommendations to the Chinese government.