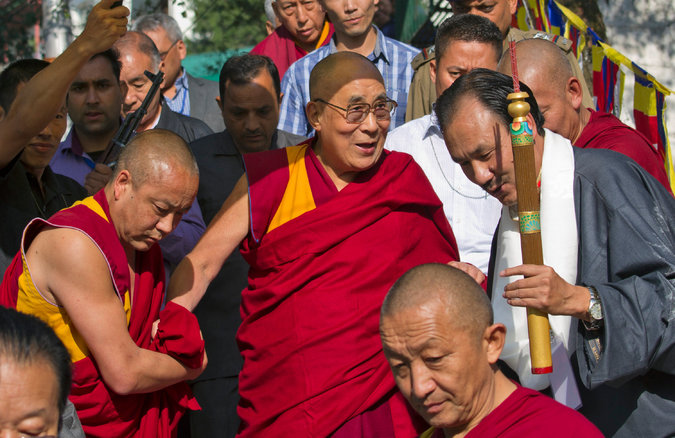 Tibet’s Party Chief Chen Quanguo announced in a question-and-answer session with the Central Commission for Discipline Inspection that any party member suspected of secretly worshiping the Dalai Lama or holding religious beliefs will be severely punished. From Edward Wong at The New York Times:

“We must severely punish those party members and cadres who don’t have firm beliefs and ideals, who don’t share the same mind with the party and the people, who have ‘two faces’ when it comes to the important question of what’s right and wrong,” Mr. Chen said, according to the transcript of the question-and-answer session that was published on Monday.

Mr. Chen said it was important to go after party members who “pretend not to be religious but indeed are” and those who “follow the clique of the 14th Dalai Lama.” He emphasized that party investigators should seek out members who have gone to India, where the Dalai Lama lives, to “worship” him or ones who send their children or other relatives to schools run by the Dalai Lama. [Source]

Chen claims that the new regulation is a part of the broader fight against corruption within the Party, Ben Blanchard at Reuters reports:

Everyone in Tibet has “rallied round” President Xi Jinping’s anti-graft campaign, Chen said.

Special effort was being focussed upon “officials who have an incorrect view on minority people’s (issues) and profess no religious belief but secretly believe”, he added.

[…] Xi has vowed to combat deep-seated corruption since assuming power in late 2012, though areas of China with big minority populations, such as Xinjiang and Tibet, have largely escaped the campaign so far.