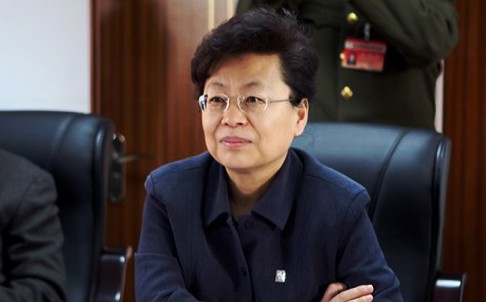 The New York Times’ Javier C. Hernandez reports that top officials in Beijing and Shanghai are now under investigation for “serious breaches of discipline” amid Xi Jinping’s ongoing crackdown on Party corruption:

The officials included Ai Baojun, 55, a vice mayor of Shanghai who oversaw a prominent economic zone, and Lu Xiwen, 60, a senior Communist Party official in Beijing.

Mr. Ai, a former steel executive, led an experimental free-trade zone in Shanghai that Chinese leaders, including Premier Li Keqiang, had praised for its efforts to promote investment. Mr. Ai also helped oversee several high-profile projects, including the construction of a Disney resort set to open next year.

Ms. Lu, a deputy party secretary, was head of the Communist Party school in Beijing for training and indoctrinating government officials. [Source]

At The Wall Street Journal, Te-ping Chen reports further on the tenure of and investigation into Shanghai vice mayor Ai Baojun:

With a portfolio as vice mayor that spans tourism, industry, trade and security, Mr. Ai had a high profile role as the director of the Shanghai free-trade zone’s regulatory commission. China’s government has promoted the zone as a landmark effort to remake China’s economy and spur market-oriented and financial-sector reforms. Launched in 2013, it was hoped that the zone would repeat the 1980s success of Shenzhen’s special economic zone—in which the backwater fishing village was transformed into an export powerhouse—but executives say the zone has been slow to gain traction.

Mr. Ai also heads the regulatory commission for the Shanghai International Tourism and Resorts Zone, of which Disney’s Shanghai park is a prominent centerpiece. Before this career, Mr. Ai had worked at Shanghai’s Baosteel, among China’s largest steelmakers, where he held roles including general manager before assuming his post as city vice mayor at the end of 2007.

[…] While the CCDI didn’t offer details on Mr. Ai’s alleged misdeeds, a deadly stampede at Shanghai’s waterfront on New Year’s Eve fell under two of his responsibilities: tourism and social stability. The tragedy that left at least 36 dead and scores injured prompted the government to promise an overhaul of how crowd control is handled at high-profile tourism events. Among those punished were government leaders in the district where the tragedy happened. [Source]

The South China Morning Post’s Nectar Gan has more on Beijing deputy Party chief Lu Xiwen, noting that with the recently announced probes, all of China’s 31 provincial level administrative regions (including provinces, autonomous regions, and municipalities) have now seen at least one “tiger” ensnared in the crackdown:

Lu’s downfall means that each of China’s 31 provincial-level administrative areas now has at least one “tiger” – Xi’s metaphor for powerful officials – who has fallen from grace.

[…] Lu, 60, has worked for the capital since graduating from university. Before becoming deputy secretary of the municipal party committee, Lu governed the city’s Xicheng district for seven years and spent another seven years as head of the party committee’s organisation department – a crucial body in charge of personnel arrangements. Lu last appeared in public on Friday.

Lu’s investigation was made public the day after Ai Baojun , a vice-mayor of Shanghai, was said to be facing a graft investigation. Like Lu, Ai was the first disgraced “tiger” in his city under the current crackdown. [Source]