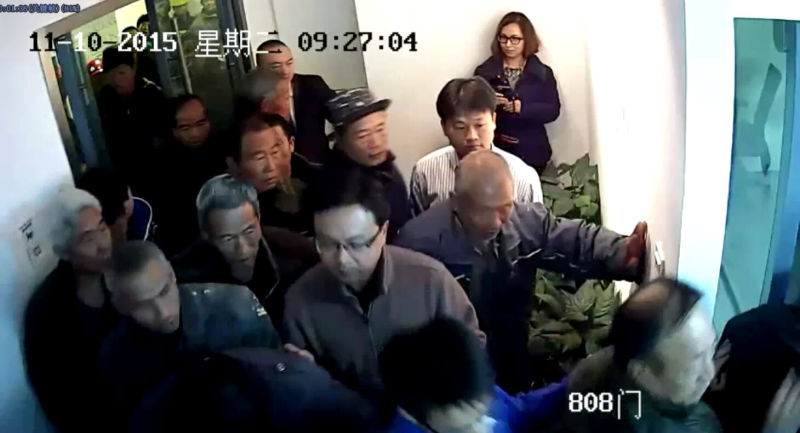 Websites in all locales: Without exception, remove reports about Zhuoda Group in Shijiazhuang from the double homepages [main and news] and from the homepages of financial channels. Cool down the story. Use only coverage by main central news work units and main Hebei provincial news media. Commercial websites must not investigate of their own accord or hype the story. Websites in all locals are kindly asked to thoroughly carry out inspection and implementation work. (November 14, 2015) [Chinese]

Zhuoda raised money from over 400,000 individual investors by selling high-yield investment products, promising up to 30% returns over four years based in part on a contract with Russia to construct  3D-printed houses. Watching (无界新闻), a media site owned in part by Internet giant Alibaba, called foul on Zhuoda in a November 5 story. Zhuoda rebutted Watching’s “false” report in a blog post the next day, then later sent 60 employees to occupy Watching’s office.

In July, Zhuoda assembled a 3D-printed house in three hours.