Tech Firms and Users Partner Up for Censorship Dance 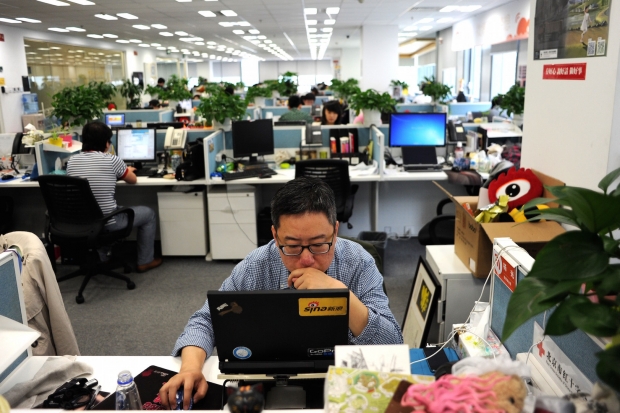 At China File, Professor Hu Yong from Peking University’s School of Journalism and Communication looks at China’s censorship of personal media, emphasizing the rise of pre-publication censorship by new media platforms, which in turn encourages self-censorship by users.

Observers have long thought that Chinese authorities censor the media depending on type: the censorship of traditional media is primarily conducted in advance, with a thorough inspection of news and discussion before publication; new media, in contrast, is primarily censored or penalized after the fact, in a “relatively mild” fashion.

These new media platforms frequently put up prominent warnings that users of personal media must carefully read the platform’s rules of use or their accounts may be permanently shut down and offending texts may be deleted. User agreements on new media platforms stipulate that if the country’s laws are violated, the platform has the right to temporarily halt the user’s distribution of disallowed content, and to stop the use of the account or even shut it down completely. Exactly which regulation or law has been violated, however, is never expressly stated to the user. This, along with the requirement that users of personal media register using their real names, has had a general chilling effect on personal media. Pre-publication censorship and post-publication punishment have knit a large oppressive net around free speech.

Why are new media platforms behaving so ruthlessly, even though it harms user experience and is, in fact, not even to their own benefit? The reason is very simple: the government has placed more and more of the responsibility for censorship on the shoulders of media service providers themselves. […] [Source]

The recent blocking of mobile data for those who circumvent censorship or fail to verify their identities in Xinjiang takes the deterrence a step further, threatening not just deletion of posts or accounts but the loss of what for many people is their main means of Internet access. At The Spectator, Cindy Yu describes a recent talk in London by former CCTV host Cui Yongyuan, who discussed the Chinese people’s participation in the state’s censorship regime.

[…] On the differences between the BBC and CCTV, he said, ‘the main thing about public-service broadcasters like the BBC is their objectivity and ability to cater for a variety of opinions… CCTV could never achieve objectivity. From my first day there, they made it clear that the channel is an instrument for the party.’ To hammer the point, he concludes, ‘all of us in this room know this’.

And that’s the most striking point – the fact that actually, everyone in the room did know. Unlike the North Koreans, who do appear to have had the wool pulled over their eyes and seem to believe that the only thing between them and a US-led armageddon is their Glorious Leader, the Chinese, whether abroad or at home, understand the true nature of their government. In fact, this audience were so comfortable with their knowledge that only hearty laughter met Cui’s ever-more-loaded jokes.

[…] The Chinese are not unknowing sheep shepherded along by rising standards of living. With information easier to access than ever before, you’ll be hard pressed to find a Chinese person who doesn’t know about the censorship and the one-sided reporting. But the people are willing participants – most of the time. The aim of the game is to dance the right steps, say the right things, all the while avoiding the elephant in the room – at least in public. But whenever someone like Cui comes along and brazenly tells us what we all know, it is absolutely delightful. [Source]

Meanwhile, Charles Custer’s top ten examples of Chinese Internet censorship in 2015 at Tech In Asia highlights the outsourcing of controls to tech companies:

2. Ministry of Culture orders internet companies to vet all music

In a move that some have described as “extremely not punk rock,” China’s Ministry of culture recently ordered that internet music streaming companies need to set up censorship departments and vet all uploaded songs before they can be posted online. Streaming companies will also need to set up systems to punish uploaders of unapproved or illegal content, and blacklist repeat offenders.

Back in August, China announced what seemed to some to be a significant move: embedding police units in the actual offices of major internet companies. The government positioned it as a crime-fighting move: a way to allow police to react more swiftly to online crimes. But many third-party observers saw it as a political censorship play aimed at tightening the government’s grip on the web. Given that China’s major web firms were already in close contact with Chinese police, it’s not clear that much has actually changed in terms of day-to-day life, but the psychological self-censorship effect produced when there’s a police station embedded in your office might be difficult to quantify. [Source]

See a leaked media directive against “maliciously hyping” the former and context on the latter via CDT.