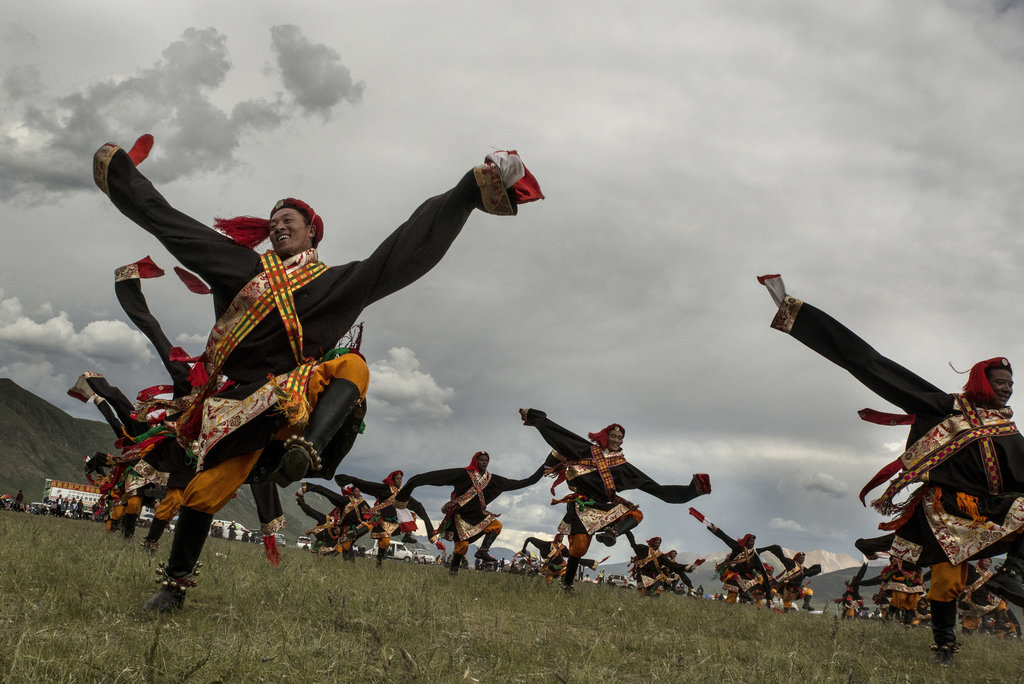 These days, horse festivals on the Tibetan plateau are not just about equestrian prowess. They are political affairs with a propaganda goal — Chinese officials hold them to signal to people here and abroad that traditional Tibetan culture is thriving, contrary to what the Dalai Lama and other critics say.

The image of Tibetans showcased by the festival is one that China has long promoted of its ethnic minorities, that of dancing, singing, happy-go-lucky, costume-wearing, loyal citizens of the nation. But there are dissonant notes, including the presence of Han soldiers, who have been posted to horse festivals across the plateau since a Tibetan rebellion in 2008.

[…] “Many people might think Tibet is developing well and in the right direction after watching the horse race,” said Tashi Wangchuk, 30, a businessman in Yushu who is fighting to preserve Tibetan culture. “The government holds this kind of big horse-racing festival to advertise Tibetan people’s lifestyle to the outside world — that our life is very happy and joyful.”

[…] “So much of our lives is controlled by the government,” said a Tibetan man from Sichuan. “This festival is no different.”

[…] Lian Xiangmin, a senior researcher at the China Tibetology Research Center in Beijing, said in an interview later that “there is nothing traditional about this horse festival,” adding, “It’s a tourism event organized by local governments.” [Source]

To the northeast in Qinghai, in the historic monastery town of Rebkong, known today as Tongren in Chinese, a planned building boom lauded by authorities as proof of a continued commitment to “liberating” Tibet has been criticized as a move to erode Tibetan culture and identity.