Crackdown on Dissent Reaches Across Borders 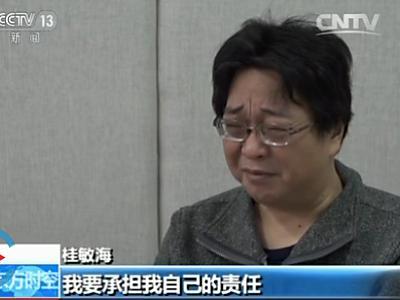 Following apparent cross-border police actions which led to detentions of several Chinese activists and publishers in Hong Kong and Thailand, concerns have been raised about the Chinese government overextending its reach in cracking down on dissenting voices. Kerry Brown writes in The Diplomat about these detentions in relation to the broader crackdown on civil society:

There is a new angle to the current onslaught, however. With what looks like the abduction of figures displeasing to the Party abroad, and the rounding up of foreigners involved with civil society groups in China, suddenly the country’s domestic repression has a strong international dimension. Not so long ago, the worthy attempts by foreign governments and others outside China to express concern about cases of claimed maltreatment of dissidents within the country were met with shrill declarations that these were internal matters, and nosy foreigners should tend to their own affairs. But when China takes its campaign against rights defenders abroad, the game changes.

The detention, televised “confession” and then expulsion of a Swedish national working for an NGO in China in January, along with what looks like the abduction another Swedish citizen originally from Hong Kong from outside China, obviously do become important issues for outsiders, because they involve foreign citizens, and thus touch on important issues such as duty of care and consular obligations. Therefore, for those who have been waiting for a chance to make a clear statement on the dispensation of justice in China — or lack thereof — these recent cases, deeply regrettable though they are, give a new kind of opportunity to forcefully pursue discussion over rights issues.

And when the stonewalling starts (as it almost inevitably will) about these being “internal affairs,” the logical response will be that, obviously, in these cases they aren’t. They involve non-Chinese, people whom foreign governments have a moral and legal obligation to take care of and support. If it does prove true, too, that Chinese state agents have been unilaterally acting abroad, that makes them international actors, and exposes part of their work to international norms and criticisms as never before. [Source]

In several cases, China has bypassed procedural hurdles to transferring individuals of interest to its soil and, some of these people fear, carried out operations outside Beijing’s jurisdiction in Hong Kong and Thailand.

“What is emerging is the new Chinese way to return its own nationals to face justice on the mainland,” said Simon Young, a law professor at the University of Hong Kong. “This new way need not reckon with law and so extradition agreements will not be so important.” [Source]

Activists living or traveling in Thailand are at special risk as they worry about law enforcement following them there. Hannah Beech reports for TIME:

The fear of rendition is particularly acute in Thailand. More than a dozen Chinese asylum seekers say that in recent weeks they have been followed by unknown Chinese men whose bearing reminds them of the plainclothes security who tailed them back at home. They say they have gotten used to alerts notifying them that someone has accessed their email accounts from a different location. Once a cohesive group, the band of Chinese exiles in Thailand — numbering in the hundreds, according to traffickers who helped them on their trip southward — has fractured, amid worries of infiltrators sending information back to Beijing. Some dissidents refuse to tell other Chinese where they live in Bangkok, while others turn away when friendly Chinese strangers approach them at Thai refugee centers set up by NGOs.

“In China, I knew that there was danger so I could be prepared and take actions, but I never imagined that I would be so scared in Thailand,” says Yu Yanhua, who escaped to Thailand last year via neighboring countries. Yu was once such a loyal employee of a Chinese state-owned coal company that she was honored as a National Model Worker. Her son-in-law is a professor at one of China’s top universities. But after pushing for rights enshrined in China’s own constitution as part of the so-called New Citizens’ Movement, Yu was repeatedly incarcerated. “To leave home, it is a very tragic thing,” she says. “But I had no choice.” [Source]

In an opinion piece, Fred Hiatt, editorial page editor of the Washington Post, argues that other governments are not doing enough to rein in China’s behavior:

Jerome Cohen, a professor at New York University law school and leading expert on law in China, links the kidnappings with the crackdown at home and China’s disregard for international norms in territorial disputes — all of which, he said, “have gravely damaged Xi Jinping’s reputation for respecting the rule of law.”

Secretary of State John F. Kerry might have had China in mind when he spoke eloquently at the dedication of The Post’s new headquarters last week shortly after returning from Beijing.

“No government, whatever its pretensions and whatever its accomplishments, can fairly call itself great if its citizens are not allowed to say what they believe or are denied the right to learn about events and decisions that affect their lives,” Kerry said.

Yet for all his eloquence, Kerry did not mention China, nor has China had to pay any price for its lawlessness. It expels foreign reporters, but the agents of its propaganda machine are welcomed in the West; it denies visas to scholars of whom it disapproves, but party mouthpieces travel wherever they choose outside China. [Source]

The New York Times’ editorial board also took a forceful stand on the issue:

It’s alarming that China would ignore international borders to pursue its perceived enemies or work to make sure that critics are denied protection. In the cases affecting residents of Hong Kong, Beijing seems to be ignoring the Basic Law, which guarantees Hong Kong residents rights and freedoms not available to mainland Chinese.

In the case of Mr. Gui, a transfer would violate Thailand’s sovereignty and its criminal law, which prohibits abductions, if Thailand did not approve his return to China. If Thailand approved the transfer and Mr. Gui was not given a chance to contest the decision, it would be considered a forced return and a violation of refugee laws, human rights activists say.

Regardless, Sophie Richardson, the China director at Human Rights Watch, says it is obvious that “increasingly the Chinese government feels it is entitled to hunt down whomever it wants, wherever it wants” and that such behavior reflects a blatant disregard for international norms. [Source]

Gui Minhai is a Swedish citizen and co-owner of Hong Kong-based Mighty Current Media company who was detained while staying in Thailand and then returned to China, where he was shown “confessing” on CCTV for a decades-old hit-and-run.

But as Reuters reports, the Chinese government denies violating international law in carrying out his detention:

“If we need to have certain law enforcement cooperation with other countries’ governments – this is done in agreement with both sides in accordance with the law,” he said.

Gui’s case was “being handled”, he added. [Source]