Beijing Globalizes Its Campaign Against Dissent 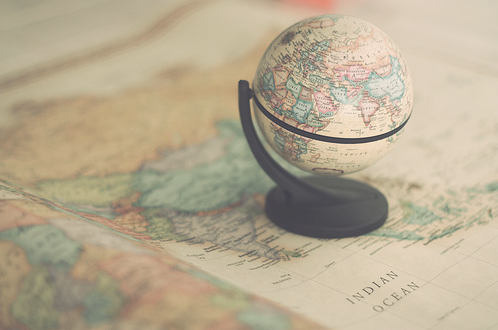 Since coming to power in 2012, the Xi administration has overseen a crackdown on civil society activism, and has passed a series of laws seemingly aimed at enforcing ideological orthodoxy domestically. While the ongoing campaign to root out domestic dissent escalated last July with the detentions of hundreds of rights lawyers and activists, Beijing has also extended the campaign against criticism beyond China’s borders—detaining activists, journalists, and would-be refugees from Southeast Asian countries; expelling foreign journalists; presumably orchestrating the disappearances of Hong Kong publishers specializing in salacious books about Party leaders; and most recently detaining and expelling a Swedish legal aid worker. Highlighting some of these examples, the Washington Post reports on the increasing geographic lengths that Chinese authorities are taking to discourage criticism—and the unwillingness of foreign governments to successfully intervene. Emily Rauhala and Simon Denyer report:

A string of cross-border abductions, including the targeting of foreign nationals and the televised “confessions” of two Swedish citizens, has crossed a new red line, according to diplomats in Beijing. Yet many foreign governments seem unwilling or unable to intervene, their public response limited to mild protests.

The European Union is divided and appears uncertain about what to do. Hong Kong is in an uproar, with free speech under attack, activists looking over their shoulders and many people saying they feel betrayed by a lack of support from Britain.

“China seems bent upon broadcasting to the world its disdain for the rule of law,” said Jerome Cohen, a China legal scholar and professor at New York University.

[…] The U.S. State Department expressed “concern” about the confessions and the use of “extra-legal means” to bring foreign nationals to China. And the German Foreign Ministry voiced “really serious” concern that Britain and Sweden had either not been granted access to their citizens or were granted access only after an “unacceptable delay.”

[…T]he response from other European countries has been anemic, say critics who note that many are keen to court Chinese investment. […] [Source]

Earlier this month, Southern Metropolis journalist Li Xin disappeared while traveling across Thailand in hopes of making it to Laos to submit a bid for political asylum in the U.S. At The New York Times, Chris Buckley and Thomas Fuller report on Li’s disappearance and the role that Thailand has been playing in Beijing’s globalized crackdown on criticism:

Thailand’s military rulers, for their part, appear to be seeking economic and political backing from Beijing in return for security and police cooperation, including in secretive extraditions, analysts say.

“The government is desperate to make friends with a powerful player,” said Sunai Phasuk, a senior researcher on Thailand for Human Rights Watch who is critical of the deportations because they bypass the legal system. “This is a very spine-chilling precedent set by the junta. Thailand is no longer a safe haven.”

The recent acceleration of deportations to China from Thailand began in July, when the Thai government returned about 100 members of the Uighur ethnic minority, a largely Sunni Muslim people whose homeland in northwest China has become increasingly tense [see prior CDT coverage].

[…] In October, Gui Minhai, a Hong Kong book publisher who specialized in potboilers about China’s Communist elite, disappeared from his vacation home in the Thai coastal town of Pattaya. He emerged on Chinese television this month offering a confession for having left China in 2003, violating probation after an automobile accident in which the car he was driving struck and killed a young woman.

In November, two Chinese dissidents seeking sanctuary in Thailand, Jiang Yefei and Dong Guanping, were sent back to China despite having been recognized as refugees by the United Nations refugee agency. The Chinese police later said that the men had been in Thailand without authorization and were suspected of crimes involving illegal border crossing. […] [Source]

Li Xin claims that he had escaped from China after going public about working under China’s strict media censorship and having been forced to work as an informant for Chinese authorities. After first going to India, where he was denied asylum, he decided to try again in Southeast Asia. Prior to his disappearance, Li was quoted by the AP saying, “I believe there are many people like me who are working on behalf of the authoritarian government.” In the wake of his disappearance, The Committee to Protect Journalists has asked three of Li’s fellow media professionals if they or their colleagues had been approached by security officials with similar requests. Former Southern Media Group editor Zhang Ping (also known by his pen name, Chang Ping) responds:

Zhang: It’s very common. Those who told me that they were informants were the ones who felt troubled by it. There must be many who were informants, but did not tell me. The journalists were “invited to drink tea” [a euphemism for being summoned for questioning] and provide the police with information about the media group, including information about me.

[The journalists] asked me for advice. I suggested to them that they change job. Some of the journalists took my advice and left the company. I also know of journalists being informants at other newspapers. In one newspaper, one journalist’s being an informant was known to everyone. We even joked about this with him.

There are many kinds of informants. Most do not bear as much pressure as Li Xin does. They usually just drink tea with the police, literally, and tell the police information that they think is OK to tell. The police, on the other hand, often say things like, “It’s just our job to ask questions,” and say they just want the journalist’s cooperation.

About 10 years ago, I knew many [Chinese] news assistants for international media outlets in China. I remember almost everyone had to “drink tea” and provide intelligence about the foreign media they were working for. I’m not sure what the situation is right now. For many of those, they knew being a news assistant was only temporary. Therefore, their idea was, “just endure it and it will pass.” […] [Source]

For more on Peter Dahlin, the Swedish legal aid worker who featured in a televised CCTV confession after being detained earlier this month and was then expelled from China, listen to an interview from Sverige Radio. On Twitter, independent human rights and Chinese law researcher Joshua Rosenzweig has issued several thoughts on the Peter Dahlin case:

Peter Dahlin's statement seems to contradict MoFA claim of "expulsion," at least as it's understood under Chinese Criminal Law.

Foreign press should ask MoFA spox to clarify what court ordered Peter Dahlin’s expulsion, when trial was held, whether he had lawyer etc.

I suspect Peter Dahlin’s deportation was not 驱逐出境 (pace MoFA) but actually 遣送出境, which is an administrative under 中华人民共和国出境入境管理法

驱逐出境 is crim. penalty imposed upon conviction by court, yet guilt of others connected hasn’t been determined https://t.co/2WjlH1jr6Z