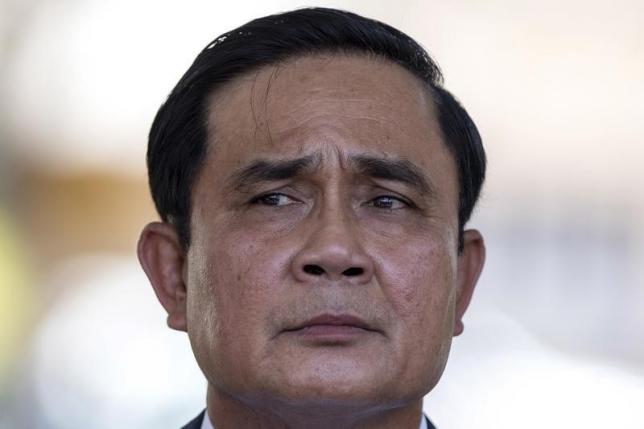 Authorities in Thailand have forcibly deported nearly 100 Uyghur refugees back to China where rights groups’ fear they may face persecution and human rights abuses. The Washington Post’s Simon Denyer reports:

Thailand’s military government has drawn vehement international criticism for forcing the 109 refugees, known as Uighurs, back to China, arguing that they had only Chinese documentation. Activists and others accuse Beijing of waging a campaign of repression against the Turkic-speaking minority in western China, in contravention of their religious, cultural and political rights.

[…] The Thai government said it had received assurances from Beijing about the safety of the Uighurs it sent back. It also noted that it had rejected a request for the repatriation of all the Uighurs held in Thai detention camps.

[…] “If we send them back and there is a problem, it is not our fault,” Prime Minister Prayuth Chan-ocha said Thursday, according to news agencies. Prayuth, a general, led a coup against Thailand’s elected government in May 2014.

China’s Foreign Ministry said those Uighurs suspected of “committing serious crimes” would be brought to justice, while others would be dealt with in “proper ways,” according to spokeswoman Hua Chunying. [Source]

The Associated Press has more details on the plight of the Uyghur migrants:

Two witnesses who saw the Uighurs being led into trucks to be driven to Bangkok’s military airport said the men were handcuffed and some of women were crying and shouted, “Help us! Don’t allow them to send us back to China.”

Bilal Degirmenci and a colleague from the Turkish humanitarian group Cansuyu said they were forced by police to delete photos and video they had taken of the Uighurs, and were threatened with punishment if any were published or posted on the Internet.

The forced extradition of the group to China has sparked protests outside Thai and Chinese embassies in Turkey, a country that has close cultural and religious ties to Muslim Uyghurs in China. From Amy Sawitta Lefevre and Yesim Dikmen at Reuters:

Prime Minister Prayuth Chan-ocha also raised the possibility of shutting the Thai Embassy in Turkey after protesters attacked the honorary consulate in Istanbul, smashing windows and ransacking parts of the building, over the expulsion of the Uighurs back to China.

China’s treatment of its Turkic language-speaking Uighur minority is a sensitive issue in Turkey and has strained bilateral ties ahead of a planned visit to Beijing this month by President Tayyip Erdogan. Some Turks see themselves as sharing a common cultural and religious heritage with their Uighur “brothers” and Turkey is home to a large Uighur diaspora.

On Thursday, police in the capital Ankara used tear gas to disperse a group of about 100 protesters at the Chinese Embassy after they knocked down a barricade. The street remained closed to traffic. [Source]

The protests came amid growing outrage among Turkish citizens against the Chinese government’s harsh treatment of its Muslim Uyghur minority, straining ties between Ankara and Beijing. Earlier this month, Chinese authorities issued an advisory for Chinese citizens traveling in Turkey after demonstrations broke out in the country over reports that China had restricted  the observance of Ramadan in Xinjiang. Selin Girit at BBC reports:

For the last 10 days anti-Chinese sentiment has been on the rise in Turkey.

[…] The protests started following reports that Uighurs in China had been banned from fasting during the holy month of Ramadan.

[…] There were further reports of disturbances in Istanbul on Saturday as the Grey Wolves – the youth wing of the far right nationalist party MHP – held a march.

“They asked us where we were from and when we said we were Chinese they started hitting one of us.

“A Turkish tourist guide and I intervened to stop the attack. We all got scared. One of us got injured, though nothing serious thankfully. I got hit too,” she said. [Source]

In response to the anti-Beijing protests, China has blamed the western media for “distorting” facts about its ethnic minority policies. The Chinese government has also denied the presence of ethnic tensions within its boarders, insisting that Uyghurs “live and work in peace and contentment.”

According to a Communist Party publication, the Chinese military is expected to become more involved in Xinjiang’s economic development as it launches a mission to bring “modern civilization” to the region. Megha Rajagopalan and Ben Blanchard at Reuters report:

China’s military must bring “modern civilization” to the restive southern areas of the Xinjiang region, where Muslim ethnic Uighurs are in majority, and help develop its economy, two senior army officers wrote in an influential journal.

[…] Writing in the latest edition of the bimonthly Communist Party magazine Qiushi, the commander of the southern Xinjiang military region Li Haiyang and its military commissar Miao Wenjiang said that soldiers must “ardently love” the area.

[…]  The article said soldiers must help develop the economy in southern Xinjiang, and encourage the people to “move toward modern civilization and move away from religious extremism”, by providing villagers access to science, culture, law and health.

Every year all military units must contribute funds to help resolve problems like a lack of drinking water or difficulty in seeing doctors, the article said. [Source]

Click through to read a recent CDT interview with Josh Summers, an American entrepreneur who has spent the last decade in Xinjiang and who recently published the eBook “Xinjiang: A Travelers Guide to Far West China.”